Steven Sahiounie, journalist and political commentator The former Qatari Prime Minister and Foreign Minister, Sheikh Hamad bin Jassim Al-Thani, also known by the initials HBJ, has been talking to the media and opening up the “black box” of Qatar’s policies.

The former Qatari Prime Minister and Foreign Minister, Sheikh Hamad bin Jassim Al-Thani, also known by the initials HBJ, has been talking to the media and opening up the “black box” of Qatar’s policies. He is warning the oil rich Gulf countries neighboring Qatar that the West is once again looking to the Gulf to finance Western projects, without consideration of the interests of the Gulf.

Former President Trump insulted the King of Saudi Arabia publically, referring to the nation as a cash-cow to be milked in exchange for security.  However, on past and recent attacks on the Saudi Aramco oil facilities, there was no US protection given.  The Saudis and their neighbors have awoken from a slumber and now realize that the US and their Western allies treat the Gulf like a treasury to be opened up in a crisis.

HBJ complained on his Twitter account: “We know from our experience that the West is forgetting our countries; It does not interact with us on the basis of equality or common interests, and only remembers us when it is in dire need. It is as if our countries are a treasury that they open during difficult times. They should know that we also have interests and that it should not be harmed, and that this should be done on the basis of mutual interests.”

Addressing the energy crisis following the Russia-Ukraine war and the need for Middle Eastern oil he added, “The West forgets the Gulf states, does not treat them as equals, or on the basis of common interests, and does not remember them except when it has an urgent need. The West, and in particular European countries, are in dire need of oil and energy, especially from our region and the GCC countries in particular.”

The Gulf Cooperation Council (GCC) have tried to conclude a free trade agreement with European countries over the course of more than 30 years, but such a deal has never been signed because of Europe’s insistence in having the upper-hand in trade deals, to the detriment of the GCC.  Now that the US and EU have cut off their access to Russian oil and gas, the EU suddenly wants special treatment form the GCC.

HBJ wrote, “The Gulf states need to deliver a message to the West, that they know that we, too, have interests that should not be harmed and should be achieved on the basis of mutual interests.”

The US and EU want the Gulf oil producers to pump more oil, to bring down the global price in response to the Ukrainian conflict with Russia, as well as to provide the gas and oil to Europe which is now disrupted.  However, at the last OPEC meeting held this month, the members decided to hold with the current production schedule and not to increase pumping.  Several calls from US President Biden went unanswered in Saudi Arabia and in the UAE.

During the so-called the “Arab spring” of 2011, Mubarak was ousted in Egypt and after an election a Muslim Brotherhood candidate was elected, Mohamed Morsi, who was later ousted in a popular uprising against the Muslim Brotherhood, which was brought to power by the US.

Recently, HBJ told the Kuwaiti newspaper Al Qabas that the Muslim Brotherhood under Morsi was inept and could not run a country the size of Egypt.  HBJ recalled a meeting in Doha between Morsi’s team and the US Obama administration.  HBJ and the Americans were shocked to find the Morsi team so weak, that “they were not fit to run a small shop, let alone a country the size of Egypt.”

After Morsi’s ouster, the new Egyptian leadership declared the Muslim Brotherhood a terrorist organization, and Cairo withdrew its ambassador from Qatar. The group was also labelled as a terrorist in Saudi Arabia and the United Arab Emirates.

Former Secretary of State Madeleine Albright, who recently died, was a founding member of the National Institute of Democracy (NDI) in Washington, DC.  The NDI Cairo general manager during 2011 was Syrian American Lila Jaafar. The NDI was deeply involved in the election promoting Morsi as the candidate; however, after the election the court in Egypt found Lila Jaafar and others guilty of election fraud, and crimes against the State of Egypt.  She was sentenced to five years in prison, but left the country under diplomatic immunity with Secretary of State Hillary Clinton after spending several weeks hiding in the US Embassy in Cairo.

Biden claims to be supporting democracy, but in Egypt he supported vote-rigging and election fraud to make sure the Obama candidate, the Muslim Brotherhood member, was elected by hook or crook.

In a recent video, HBJ revealed that a military operations room was established to effect ‘regime change’ in Syria.  Qatar, Saudi Arabia, US, Turkey, and Jordan participated.  All military support to the Radical Islamic terrorists used in the US-NATO attack on Syria went through this delegation.  Qatar headed the group for the first few months, but the chief of intelligence for Saudi Arabia, Prince Bandar bin Sultan, stepped in and demanded that he run the operation.  He had been close to the Bush family in US for decades.  Bandar proposed to the group that he needed 2 Trillion Dollars to remove Syrian President Assad.  Qatar felt the price request was high, and this began a disruption in the relationship between Saudi Arabia and Qatar.

HBJ had given Charlie Rose an interview in 2017, in which he admitted to Qatar’s part in the attack on Syria. He explained there were two military operation rooms, one in Jordan and the other in Turkey.  The Gulf countries had participated at the behest of their ally the United States. As HBJ said recently, the US and the West uses the Gulf as treasury, to be tapped for dirty jobs, when the US has a project.  In 2017, Trump shut down the CIA project “Timber Sycamore” which was the military operation room that HBJ had described.

In 2017, Egypt, Saudi Arabia, United Arab Emirates and Yemen hit Qatar with a blockade that isolated them both politically and economically.  They alleged that Qatar supported terrorism, because of their support of the Muslim Brotherhood, which had been supported fully by the US Obama administration.

Even though the US has 10,000 troops based in Qatar, and was a staunch ally of the US in their fight in Afghanistan, Iraq and Yemen, the US did not step-in to break the blockage through diplomacy.  Qatar was keeping the US troops secure there, and HBJ said it was a shock that the US would say Qatar is supporting terrorism.

Qatar has recently expelled some Islamist leaders, and is signaling an end to the support of the Muslim Brotherhood, which lost their bid to rule Egypt and Syria. The terrorist group is still thriving in Turkey, with the ruling AKP party of President Erdogan.  The US Congress has debated whether to rule the Muslim Brotherhood a terrorist group, but the debate was lost as the group has stanch supporters among both Democrats and Republicans lawmakers.  The Muslim Brotherhood proved a very effective tool for ‘regime change’, and Washington is not yet ready to close the door on them. 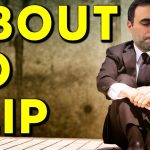 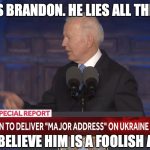