The Duran’s Alex Christoforou and Editor-in-Chief Alexander Mercouris discuss the first round of the Ukrainian presidential election, where comedian and political outsider, Vladimir Zelensky has delivered a first round victory over his challengers, which include the current President Petro Poroshenko.

Comedian Vladimir Zelensky is leading in the presidential election in Ukraine with over 30 percent of the vote after a half of the ballots has been counted. Incumbent President Petro Poroshenko is second with 16.7 percent.

Zelensky, a newcomer in politics, campaigned on an anti-corruption platform and the image of a character (the Ukrainian president) he played in a popular satirical TV show, ‘Servant of the People’. Critics say he is just a figurehead for tycoon Igor Kolomoisky, an allegation that both strongly deny.

The leader of the presidential race, Zelensky, has expressed his gratitude to those Ukrainians who voted “not just for the crack,” as he put it.

Poroshenko, on his part, thanked all Ukrainians for attending the polls, lauding their resolve to vote. Ukraine has never seen as tough competition as during this election, he said, adding that he considers it to be a very good sign. 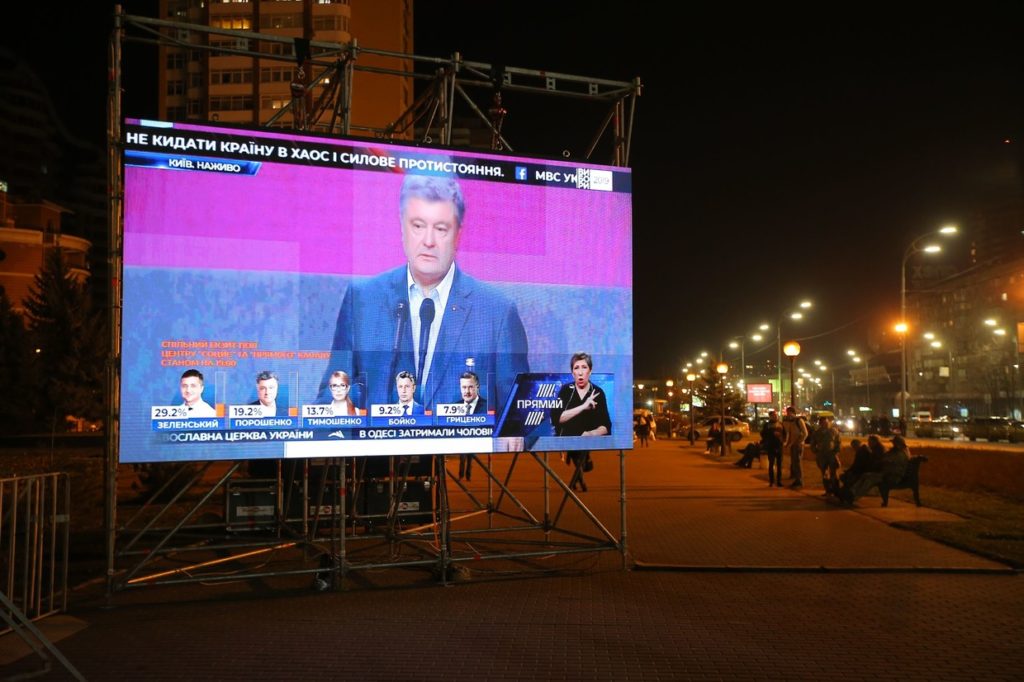 Poroshenko’s campaign is focused on the promise that one day Ukraine will join the EU and NATO, an aspiration that was enshrined in the Ukrainian constitution during his first term. He also presents himself as a staunch nationalist, as he has proposed restricting the use of the Russian language in Ukraine to promote Ukrainian, and has expressed his support for the newly-formed Orthodox Church of Ukraine, which the Russian Orthodox Church sees as a schismatic force.

Yulia Tymoshenko, a veteran of Ukrainian politics, is in third place with slightly over 13 percent. While the official data suggests otherwise, Tymoshenko has claimed that she actually scored second and will be in the second round of the elections, accusing the Ukrainian Security Service (SBU) of interfering in the polls. 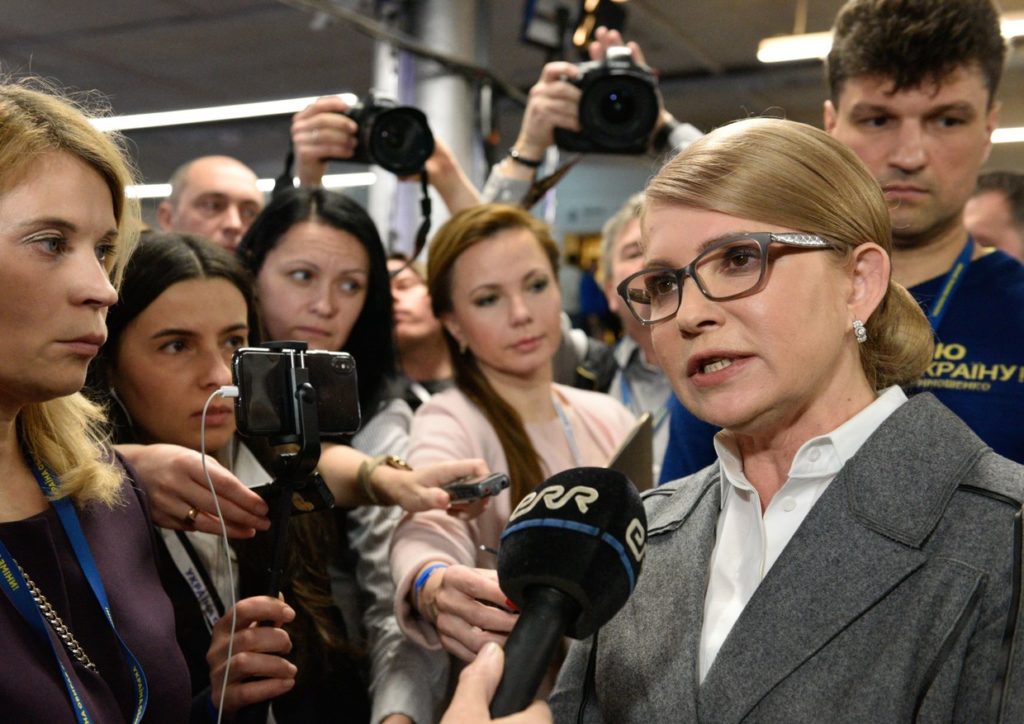 She served as prime minister twice and spent three years in prison under Poroshenko’s predecessor – which she insists was political persecution. Her main message is the promise of better living standards and a lower cost of living.

If neither of the candidates gets 50 percent plus one vote, a second round will be held on April 19 between the top two candidates. At least 45 percent of eligible voters cast their ballot in the election, but there’s no final data on the turnout available yet.

The Interior Ministry received some 1,900 complaints about alleged violations and 31 criminal cases have been launched in response. The election commission, however, said no significant violations have happened.

Ah, yes, Ukraine … As I recall, Chris Steele is still on the loose and (probably) looking for work right about now. Seems as though the election is similar to the one that the U.S. had a couple of years ago in that a media-affiliated outsider, Zelensky, is leading against another politician who has been part of the “Establishment.” Should Yulia fail in her bid to get into the final round (or win overall), she can always blame “the Russians.” Using “Porky” Poroshenko as the foil, we can imagine another dodgy dossier filled with references to some opponent in a… Read more »

Steele, Pablo Miller and Daddy Skripal are camped out at Camp David, cooking up their next shindig on the barby.

Could be that Chrissy and Pablito have already cooked up Skripal on the barby.

Does Tymoshenko have Down’s Syndrome?

No, but her tribe has been inbreeding for over a thousand years and that leads to certain recessive ‘traits’ Such as, breast cancer, mutilated male genitalia, mental illness and Lamprey-Mouth.

She’s a Ukrainian politician, isn’t she? Next question.

I wonder why no one dares state that all three candidates are jews, or at least Khazar fake jews, but it amounts to the same thing.
Why is it that in America, there are at least a few token blacks amongst the Jews who, proportional to their numbers,are 50,000 times more likely to become a POTUS.

*Ukraine is the only country in the world where Jews hire nazi thugs to help them run the government by keeping folks in line.

At least in the US, they only hire nazi thugs to run foreign governments, albeit protected by thuggish nazi mercenaries with US passports.

Money talks and bullshit walks and no denying that the Jews know their way around money. Most semites, Jew or otherwise, have that knack, if you’ve bothered to notice.

Zelensky,Waltzmann, Kapitelmann.
100% Jews.
Are the Christian Slavs all dead or just totally disenfranchised after their CIAIPAC-staged ‘Revolution of Dignity’.
It kind of makes you throw up a bit, doesn’t it?

Being half Slav myself, I have to admit that the way the Pollacks, Ukies and Russkies are always at each other’s throats, it may just be that we Slavs are too stupid to run things ourselves. Anyone ever given that a thought? The girls are superhot though, so I’m not sure if I much care.