Zerohedge reports that the Committee to Protect Journalists (CPJ) has documented a record 262 journalists being held in prisons around the world.

Statista notes, that nearly three-quarters of them are being held on anti-state charges while at least 21 have been charged with “false news”.

The worst three jailers are responsible for 51 percent of the total amount of jailed journalists.

The top three countries on the list includes Turkey, China, and Egypt. 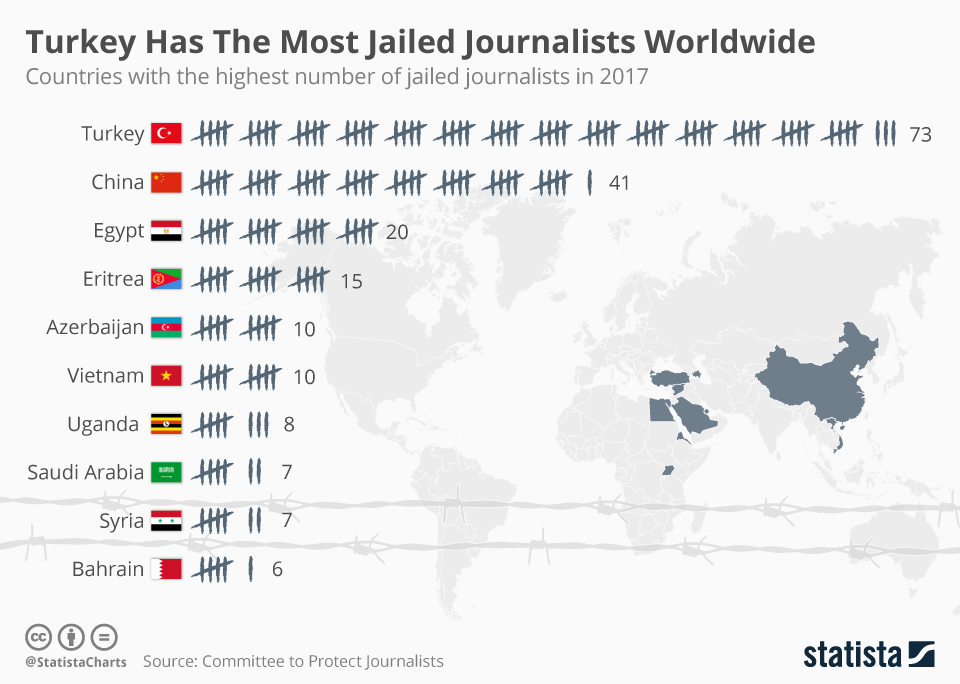 You will find more statistics at Statista.

Turkey is the top jailer of journalists for the second consecutive year with 73 languishing behind bars. The Turkish press experienced a crackdown in early 2016 and this gained pace after July’s failed coup attempt.

The CPJ identified 41 jailed journalists in second-placed China while Egypt rounds off the top-three with 20.