US President Trump retweeted an animated GIF of him hitting loser presidential candidate, Hillary Clinton, with a golf ball on Sunday.

Following the outrage over Trump’s CNN wrestling retweet, the latest POTUS GIF retweet to cause liberal shock has the US President hitting a golf ball that knocks Hillary Clinton down just before she boards a plane.

Keep in mind this was just a retweet. The video is a spoof of HRC falling down as she was boarding a plane in January of 2011.

The liberal snowflakes melted down! One lib even said he should be jailed for it–yes, jailed for retweeting a video. Kathy Griffin holding up Trump’s bloody severed head is ‘art’ according to these same liberals, but him posting this video is grounds for impeachment.

Republicans, be prepared to be voted out of office.
You cannot condone abuse and hate coming from the office of Presidency against women.

.@realDonaldTrump what is wrong w/ you? Tweets like this besmirch the presidency & our country? You shld be ashamed of yrslf. @jaketapper

SO-O -O inappropriate- @realDonaldTrump has no idea how to behave as an adult– so embarrassing. The world is appalled by his childishness

Grow up! This is not the type of tweets the PRESIDENT OF THE UNITED STATES should be sharing…

@realDonaldTrump you actually retweeted this? TF?

How the hell old are you?? This is one of you most unpresidential unprofessional tweets ever. SMDH. You’re so sad and embarrassing.

Jeez! Should they not be more concerned about the situation with North Korea or the nuclear deal with Iran that he wants to get rid of. Not very presidential, but all in all rather harmless.

US has been in the news the last week over military attack threats against a suspected nuclear power. None of this fazed the US Liberal left. In fact they were urging the WH to be even more reckless against North Korea.
But what really gets them hot under the collar is a retweet from the POTUS which demeans their Queen.
Glad to see they have their priorities in order.

You now what the most shuddering thing about what you’ve said is? Check this out https://www.youtube.com/watch?v=r87ORqS4_bM&t=0s and tell us that the US isn’t in even more trouble if Hillary is this despised and yet others will still lose their shit over a pithy meme (would have been funnier if the ball was hillary’s head, but I digress). Even if there was an evident priority of any description (even a fatal one) it would be a damn sight more than they actually have. The DNC and Hillary supporters (the identitarians) have officially fallen off the cliff and we are at risk… Read more »

Genocide and massacres are fine with the psychopathic and hypocritical half of Americans but not ‘lese majeste’ (insult to the monarch). Just ask Assange. That is the crime (she called it “Insulting the International Class”) Hillary accused him of.

Haha, but permanent amnesia when it comes to the quality of their beloved Killary … 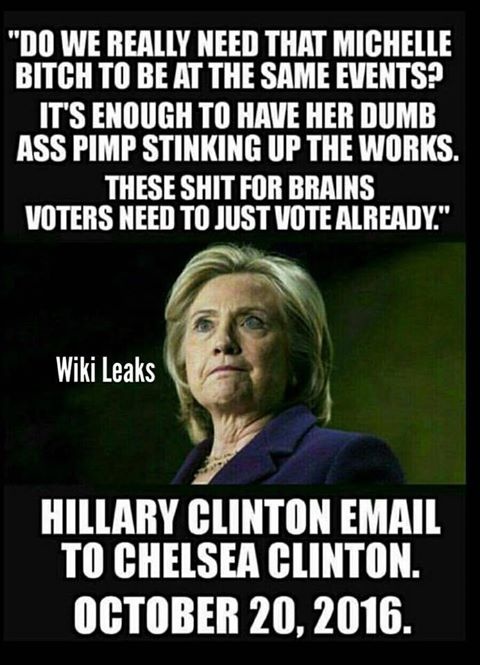 Evil witch/bitch, but we all know that.

Good one! trump the clown no better.

LOL CNN opened the floodgates for this. Period.

Anyone who is truly left, wouldn’t give a damn about bush the III playing with his balls!

The moral depravity of the liberal establishment in full display. These people were silent when the wicked witch of the west destroyed Libya and Syria, all the while laughing at the brutal extrajudicial execution of Gaddafi on public television, yet they express outrage at a silly tweet by President Trump. Their faux indignation sickens me.

It isn’t Faux. That’s the scary thing. They really are that indignant.

How refreshing to see a President of the United States with a sense of humor. Now if he could just aim that golf ball at Tel Aviv………..

LOL..”A man walked into a bar near Lexington, KY and ordered a beer just as former President Clinton appeared on the television. After a few sips, he looked up at the television and mumbled, “Now, there’s the biggest horse’s ass I’ve ever seen.” A customer at the end of the bar quickly stood up, walked over to him, and decked him. A few minutes later, as the man was finishing his beer, Hillary Clinton appeared on the television. “She’s a horse’s ass too,” the man said. This time, a customer at the other end of the bar quickly stood up,… Read more »

How interesting (not) Clinton News Network..

Clinton is a murderer & its just fine with CNN et al but Trump tweets a joke & its a crime!

Donald Trump is a little bit better than what Americans deserve.
The howls of hypocrisy from the Trotskyite feminist left are worth it.

Does the Don have a better drive than GW? This is the question on everybody’s lips.
Nobody cares about that awful woman.

This tweet is the kind of kindergarten-level juvenile bullshit we expect from the moral and intellectual black hole appointed president by an Electoral College designed by white, slave holding, Christian landed gentry to insure the continued rule of the white, slave holding, Christian landed gentry; a mandate it fulfilled when it appointed an idiot real estate mogul after he lost the popular election. An election in which 3/4 of registered voters rejected either candidate.

Only on an infantile statement that this is Hillary Clinton we focus our equally infantile condemnation on Hillary entirely missing the notion that an ADULT and especially the President of a large powerful country does not engage in the actions of a 5-year old bully. While BOTH Clintons should be in jail on white bread and water with the key in the Potomac there is no excuse for how this 5-year old moron “playing President Trump” keeps embarrassing this country.