Turns out Donald Trump Jr. was correct all along, as was Russian lawyer Natalia Veselnitskaya.

The meeting in Trump Tower that had the entire mainstream media and US Congress shouting SMOKING GUN for Trump-Russia collusion, was in fact a 20 minute meeting on adoption, and a lobbying effort to kill the Magnitsky Act.

It’s not as sexy as the made up, fake news, Trump-Russia collusion story, but the Wall Street Journal is reporting that the facts around the meeting support claims made by Trump Jr. and Veselnitskaya.

In other words…nothing to see here move on. 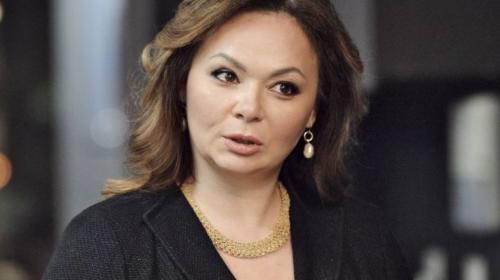 In a stunning revelation that goes a long way toward alleviating the cloud of suspicion that has hovered over Donald Trump Jr. since details about a meeting organized by Trump Jr. involving Jared Kushner and Paul Manafort along with Russian lawyer Natalia Veselnitskaya and her entourage were first publicized in July, the Wall Street Journal is reporting that newly disclosed emails between Veselnitskaya and Azerbaijani-Russian billionaire Aras Agalarov largely support Veselnitskaya’s account that the meeting focused on her yearslong lobbying effort to kill the Magnitsky Act.

The emails, which were provided to WSJ by Scott Balber, a lawyer for Agalarov, cover a period of time leading up to the June 2016 meeting in Trump Tower. They begin in October 2015, when Veselnitskaya first shared information about her anti-Magnitsky efforts with Russian Prosecutor General Yuri Chaika.

The meeting is now being probed by Special Counsel Robert Mueller, who is investigating whether associates of Mr. Trump colluded with Moscow as part of his probe into Russia’s alleged interference in the 2016 U.S. election, according to people familiar with the matter.

The emails represent a blow to Special Counsel Robert Mueller, who’s been aggressively investigating the meeting between Trump Jr. and Veselnitskaya. While Trump Jr. is still exposed for his infamous “if it’s what you say it is then I love it” comment made in response to publicist Ronald Goldstone’s claim that Veselnitskaya had damaging information about Clinton – the pretext for setting the meeting – all of the leaks have so far supported Trump Jr.’s version of events: Namely, that Veselnitskaya did not provide Trump Jr. with the “opposition research” he had been seeking.

We suspect this new information will not be the lead story on MSNBC, CNN, or at The Washington Post.