It appears that despite achieving so-called independence from the Soviet Union and joining the EU and NATO in 2004, Lithuania does not have full sovereignty. In yesterday’s negotiations with US President Donald Trump, the interests of Vilnius were not represented by Lithuanian President Gitanas Nausėda, but by Polish President Andrzej Duda. Lithuania has effectively announced that it is a satellite of not only the US in Eastern Europe, but also of Poland, delegating Warsaw the right to vote and lobby in international affairs on its behalf.

“The President spoke with the President of Poland, Duda, before leaving, and we received such assurance that President Duda would represent our interests as well,” Lithuanian Foreign Minister Linas Linkevičius told reporters on Tuesday before the meeting.

“We have stressed numerous times that the Baltic states and Poland are one territory, if we speak about the defence logic and NATO defence planning,” Linkevičius said, adding that “therefore, we find what is happening in Poland of direct importance to us in the national [security] sense.”

This raises significant questions like whether this is in violation of the Lithuanian constitution; will Poland begin to dominate domestic issues; and, are we seeing a re-emergence of the Polish-Lithuanian Commonwealth?

Nausėda’s agreement for Duda to represent Lithuania in Washington comes at a time when not only anti-Russian rhetoric is growing stronger in Poland, but also anti-Lithuanian, with many politicians, organizations and movements shouting out that the Lithuanian capital of Vilnius “is ours” as it was once a prosperous city under Polish rule.

Trump and Duda discussed the supply of LNG to the European continent and energy independence from Russia, as well as the deployment of an additional contingent of US troops in Poland, and by extension, potentially even in Lithuania when we consider Linkevičius words  that “the Baltic states and Poland are one territory.” He has risked a major scandal with not only neighbouring Latvia and Estonia, but also with Russia via its Baltic Kaliningrad region. Although the strategic security interests of Latvia and Estonia may overlap with Lithuania, by speaking on their behalf, Linkevičius undermined their own presidents and foreign ministries. Therefore, Linkevičius decided that Latvia and Estonia were part of an ephemeral version of a new Polish-Lithuanian Commonwealth, but this time under NATO patronage.

NATO is strengthening pressure at Russia’s borders, particularly in the Baltics, justifying its actions as a possible “Russian threat.” Moscow has repeatedly emphasized that it is not going to attack any country, and NATO are fully aware of this despite their constant rhetoric of a supposed Russian threat. In addition, the Baltic States, especially Lithuania, are actively concluding large-scale defense agreements with the US and deploying NATO military contingents on their territories. Washington is trying to maintain a high level of military presence and tension in the Baltics.

Most significantly, Duda was the first foreign leader to visit Trump since the coronavirus pandemic. During his visit to the White House, Trump was full of praise for Poland, highlighting that it was only one of eight NATO countries that committed to 2% of GDP spending on the military. Trump proudly boasted of the “close personal relationship” he had with Duda, saying “I don’t think we’ve ever been closer to Poland than right now.” Duda in response said it was a “privilege and an honour” to be at White House and he hoped to discuss building an even “stronger alliance.”

With Duda being the first foreign leader to meet Trump in Washington, it demonstrates how important the US president finds Poland in escalations against Russia. It is for this reason that Trump said Warsaw “will be paying for the sending of additional troops, and we will probably be moving them from Germany to Poland,” adding that the US is decreasing its military presence in Germany “very substantially.”

Trump did not hide that the likely relocation of American soldiers from Germany to Poland is aimed against Russia, saying “It sends a very strong signal to Russia, but I think a stronger signal sent to Russia is the fact that Germany is paying Russia billions of dollars to purchase energy from Russia through the pipeline.”

With this, we can see a tier system where Poland is becoming a tool aimed against Russia and willing agent of Washington to dominate affairs in the Baltics on behalf of the US. It remains to be seen how Estonia and Latvia will react to being under Polish influence and dominance, but Lithuania appears to be willing and confident for Poland to control the external affairs of the Baltics on behalf of Washington’s interests.

4.8 6 votes
Article Rating
Liked it? Take a second to support The Duran on Patreon!

“Putin’s Puppet’ at it again. LOL

Trump’s actions don’t exactly match the “Putin’s Puppet” accusations, do they? A real puppet might have lifted the sanctions and worked for US-Russia cooperation instead of trying to stop Nord Stream 2, amassing increasing numbers of US troops and weaponry along Russia’s border, and dropping the stupid anti-Russia propaganda. People who call Trump “Putin’s Puppet” are absurd.

But of course. “WaPo Editorial Board” was obviously sarcastic. (You missed the point methinks 🙂 …)

I’m not so sure I missed the point of Trump being at it again. I was simply making a comment on the ridiculous notion that many seem to hold of Trump somehow being Putin’s puppet when Trump’s actions are not in accordance with those of being one. That’s all.

WaPo Editorial Board
Reply to  :-?

Sarcasm will see you through the most difficult of times.

Last edited 13 days ago by WaPo Editorial Board
1
Reply

:-)
Reply to  WaPo Editorial Board 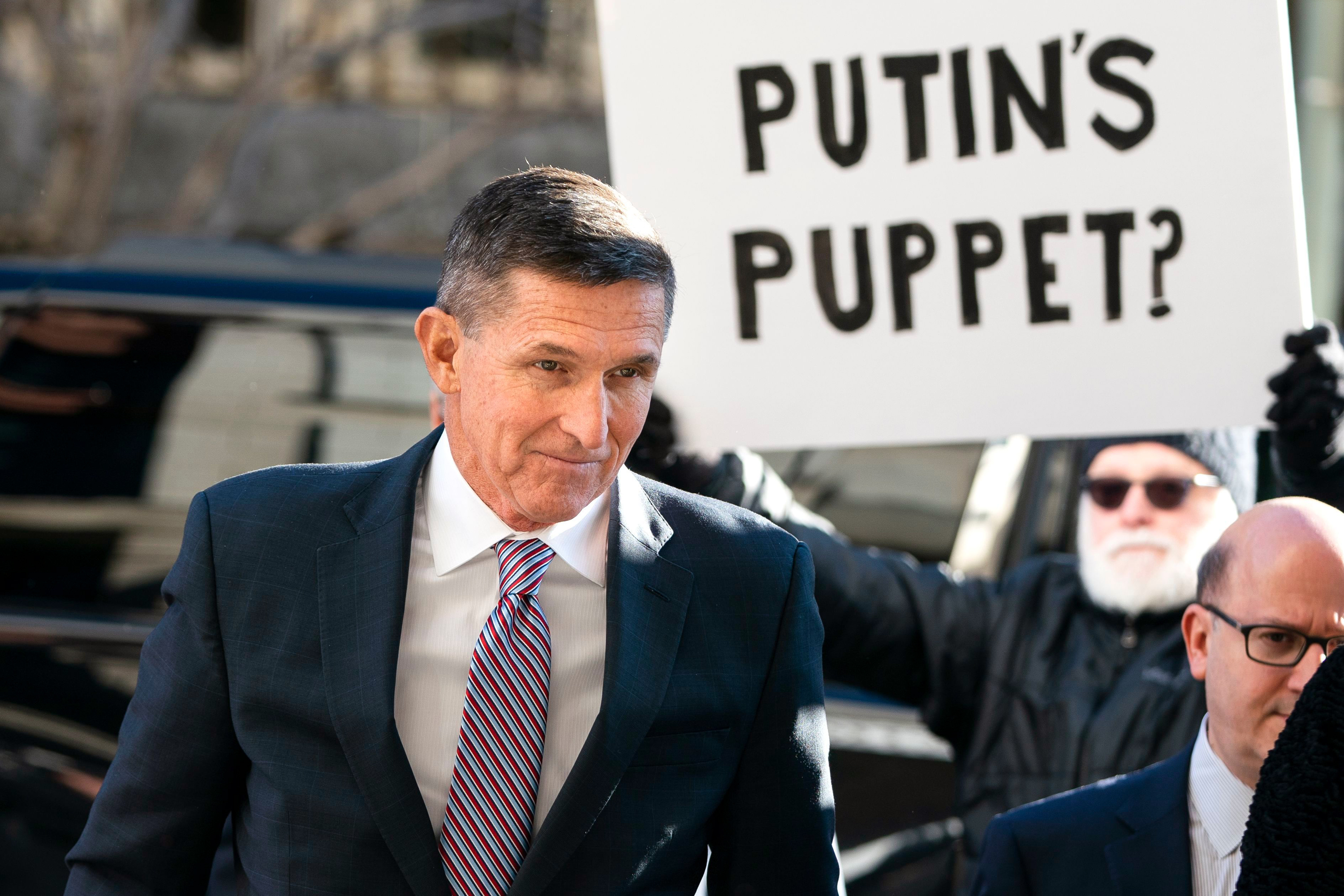 The American Exceptionalist
Reply to  WaPo Editorial Board

We’re a nation of wackos. No doubt about it.

AMHants
Reply to  WaPo Editorial Board

Aimed at Russia in general, or Kaliningrad in particular?

It’s just a chest-thumping exercise by NATO to threaten Kaliningrad, meant as a psychological salve in compensation for their aborted designs on Crimea. One needs much salve to sooth the notion that a nation spending 20 times less than NATO on its military can somehow achieve a military balance.

Poland upped its payments to NATO: meanwhile half of its young people and thousands of its middle aged people have had to emigrate to find work. Shows who the Polish “government” is really working for.

They will forward the bill to the EU. How much exactly does 2% Polish GDP amount to? Bet, not enough to cover the cost of just one F35.

Poland joining the EU in 2004 gave Poles the chance to get out, and out they went in their millions. Polish immigration since 2004 has been extremely significant for the UK. Polish is now the second most widely spoken language in the country and most towns and cities have a Polish population. So why all the hand-wringing about Muslims taking over? Maybe Brexit and the opportunity to work for the US military will send them back to work in Poland. Oh, wait. The spots they vacated in Poland have now been filled by Ukrainians….

James Baker, Secretary of State, to Gorbechev: “We promise you we will not move an inch into Eastern Europe, if only you remove the Soviet Tanks, from the streets and dismantle the Warsaw Pact”. Not even a decade late, NATO had set up base in Eastern Europe. How many bases do they now have? 14 and expanding. First Strike Missile Defence Systems, in Poland and Romania, 5 minutes from Moscow and clue in First Strike. Only good thing, is they are now obsolete, owing to taking almost 2 decades to enter active service. Poland, the largest debtor nation in the… Read more »

OK they will move US troops closer to Russia. So what are several thousand troops going to do when the Russians have over 350,000? Its simply US trying to live a past era and nothing more. It makes the US look like the aggressor and not the Russians as the propaganda makes out. Put simply the US, through many useless wars, has worn out its military capacity and are trying to relive the “dream” of what was once truly a strong and capable country. Now what would the Washington chicken hawks do if Russia builds a base in Cuba to… Read more »

What worries me is that Belarus is slap bang in the middle of all this and Lukashenko stated plainly that the covid scare was a power grab by the elite. And there are elections in the near future. What’s the betting that a colour revolution to get rid of him and instal someone more amenable to NATO is on the drawing board? Then the population can get a taste of being locked up if and when the second wave is launched.   And let’s be clear, the only thing standing in the way of a second wave is the voice… Read more »

Against Russia? Rather laughable…If Russia really wanted, it could conquer the entire European continent in matter of days…Enough already of this Russophobia. Enough.

It couldn’t conquer it but it could certainly destroy it. NATO’s useless and aggressive troop movements are simply a fool’s errand. .

wpDiscuz
20
0
Would love your thoughts, please comment.x
()
x
| Reply
We use cookies to ensure that we give you the best experience on our website. If you continue to use this site we will assume that you are happy with it.Ok