Google pays for every Person every hour online working from home job. I have received $23K in this month easily and I earns every weeks $5K to 8$K on the internet. Every Person join this working easily by just just open this website and follow instructions…>>> https://bit.ly/3rgMKrL

Typical Canada. Make the assault-style weapons illegal, launch a buy-back programme, and then tell people if they choose to keep their weapon they need to provide the government with all the details and demonstrate that they can store it securely “while not using it”. And that is a typical Made-in-Canada way of combining a law with a legal loophole. The law states: “You must have a valid registration for each restricted or prohibited firearm you own”. So you can own a prohibited firearm as long as its registered? Canada’s Pacific coastline is 25,725 km in length, its Atlantic coast is… Read more »

Will the Chinese agent Trudeau request help from his CCP comrades? Canada is a large country and it will take more than the RCMP to carry out his Bolshevik plot. Can you believe this guy?

If your Royal executive order is in place and the guns are useless why are you so concerned about taking them out of the hands of the commoners? maybe you are afraid of them? You fool no one except yourself ‘your royal highness’.

Bring your AR’s down to Oregon. We pay top price. 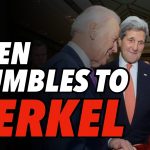 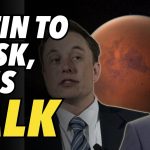