The September 2022 Summit of the Shanghai Cooperation Organisation (SCO) held in Samarkand, Uzbekistan, was a great success in both demonstrating the resistance of the great powers of the Eurasian continent to the unipolarist agenda of dividing and dominating the international society, and for promoting the cause of cooperation-among-equals as the basis of international political order.

Coverage of this critically important event was limited in western media, likely due to ideological attitudes which make it impossible to seriously consider the possibility and successes of political coordination and developments in the international society external to the narrow G7 clique. Furthermore, although events around Ukraine and the global economic downturn have dominated the media cycle in recent times, these problems are ultimately only manifestations of the crisis of the normative international order which the member states of the SCO seek to resolve in their own way. Therefore, it is important to review the events in Samarkand as laying the foundations of international order going into the future of our 21st century, a century which by all accounts shall be dominated by the Asian powers and world.

As has been stressed by participant nations, the SCO is not intended to be a mere power-bloc to ‘oppose’ the G7 nations and/or the ‘collective west’ in a ‘New Cold War’. Rather, this logic of confrontational bipolarity (which might be called unipolarism on the defensive) is being side-stepped entirely by the refusal to accept such an ideological division of the international society. The goal is to offer a vision of a transformed international order which transcends the errors of the past in fostering logics of zero-sum security rivalry and power-competition. If this can be developed more, there is in the SCO and its ideals the genesis of a fair and equitable model of international order which will someday, no matter the efforts of reactionary states, be realised to the benefit of all humanity. The ‘barren’ worldview of the present political leadership of such powers as the United States in trying to present the SCO as a power-bloc intending at ‘opposing’ the ‘west’ has been exposed as falsehood. What is opposed is domination and hegemony, not the statehood or the people of any nation.

With many of the emerging powers of Western Asia looking to join the SCO – Turkish President Recep Tayyip Erdogan, who was a guest at the Summit, announced that his nation wished to become a full-fledged member of the organisation – it is clear that it is normatively attractive to the states of the world who oppose zero-sum power-politics and who want cooperation with all to maximise their interests. The strength of the SCO is in that it rejects the old Cold War logic which plagues legacy institutions such as NATO, as illustrated by the SCO’s doctrine of the ‘Three No’s’: no to alliances, no to confrontationism, and no to targeting third-party states.

Chinese President Xi Jinping, who has taken a central role in theorising the foundations of international cooperation for this century, delivered some important comments at the Council meeting of the Heads of State. He encouraged support for his idea of the ‘Global Security Initiative’, which seeks to develop ‘a balanced, effective and sustainable security architecture’ which furthers the end of win-win cooperation and the resolution of security rivalries. To this end, multilateralism must be upheld to defend the ‘UN-centered international system and the international order based on international law, practice the common values of humanity, and reject zero-sum game and bloc politics.’ President Xi noted that ‘upholding peace and development of the Eurasian continent is the shared goal of countries both in our region and the world at large, and the SCO shoulders an important responsibility in meeting this goal. By promoting the development and expansion of the SCO and giving full play to its positive impact, we will create strong momentum and new dynamism for ensuring durable peace and common prosperity of the Eurasian continent and the whole world.’

To systemise the agreements and goals of the SCO, the Heads of State signed the Samarkand Declaration of the Council of Heads of State of Shanghai Cooperation Organization. The original document was drafted in Russian, but the Indian Ministry of External Affairs has released their English-language translation which can be read here. Points five to ten are the most important. Point five declares the support for a multipolar world order. Point six opposes bloc-confrontation. Point seven declares respect for sovereignty and for national differences in political systems and ideologies. Point eight declares support for the SCO to cooperate with other organisations and states according to the principles of the UN Charter. Point nine states that the SCO is an authoritative institution with aims in peace, security, and development across the Greater Eurasian region. Point ten recognises the importance of the SCO Charter adopted twenty years ago and holds the application of the ‘Shanghai Spirit’ as essential to international peace and development.

In our times, it is critical that the great powers and states of the world can move beyond the Cold War ideology of power-politics and bloc-confrontation to develop an international order based upon mutual respect for security and development interests. The ideology of unipolarity, which rejects the security and economic interests of other states, cannot survive in the twenty-first century. The centre of world power is shifting decisively to the east, and the states who were victims of the last century shall be the leaders of this century. The nations of the collective west must accept these powers as their political equals (and abandon policies of confrontation, such as sanctions and security-rivalries) in the emergent polycentric/multipolar world order: if not, they shall only face intensifying pressure and difficulties in the doomed attempt to keep the model of unipolarity alive against the flow of historical progress. 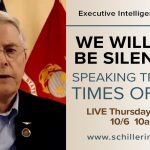 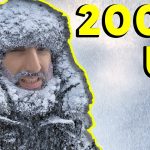