The collapse of the Soviet Union marked the start of a new age. The Soviet Union had been decimated to 16 independent states, all of whom struggled to manage the transition from communism to capitalism. After 45 years of an idealogical struggle between the two world superpowers, the world was now dominated by a unipolar American world order. America had inherited an unprecedented amount of global influence.

NATO was formed in 1949. Its official charter states that it’s purpose is to contain the Soviet Union. Despite there being no Soviet Union after 1991, NATO would remain in place. On September 11, 2001, NATO was attacked for the first time in history. It’s response was swift; NATO jointly invaded Afghanistan. After 10 years, NATO now had a clear cut enemy: radical Islamic terrorism. This gave way to the opportunity to change NATO’s charter and to remove any references to the Soviet Union. But it never happened. Instead, NATO’s role in the war on terror became minimal. The alliance had no role in the 2003 invasion of Iraq. To this day, the vast majority of NATO’s funds do not go to the war on terror. What then, is NATO’s purpose? The answer is far more complicated than it may seem.

One of the main reasons NATO remains in place is due to the influence of the American military industrial complex. After the collapse of the Soviet Union, it became more difficult for the federal government to justify maintaining and expanding such a large army. This would undoubtedly hurt defense contractors, many of whom have been caught giving bribes to politicians and generals. Keeping NATO intact would therefore allow the United States to justify continuing to deploy a huge portion of its military to Europe. In other words, Europe would benefit from free protection, and American defense contractors would benefit as well.

The emergence of China as a power with the capacity to soon rival that of the United States is by far the more important factor. For decades, China chose to cooperate with the agenda of the western elites. George Soros even stated in 2016 that China must lead the new world order, “creating and owning it.” Soros, however, has changed his rhetoric. In 2021, Soros stated that he considers “Mr. Xi the most dangerous enemy of open societies in the world.” Chinese state media has also came out and labelled Soros as an “economic terrorist” and the “son of satan.” Since then, President Joe Biden (who is notorious for his soft positions on China), has chosen to significantly increase aggression against China and the CCP compared to his term as Vice President, possibly echoing the interests of the elites that financed his campaign.  That being said, China is not 1990s Russia. It is a thriving autocracy with the potential to remake the world order. Although it may have cooperated for a while with the interests of the western elites, it most likely no longer does so. This means that our elites have a sudden crisis at hand and must focus US military strength to contain China and prevent it from emerging as a superpower. In doing so, it will need to relocate its military from Europe to the Pacific and East Asia. Regardless, the rise of China entails that at least some of the America’s attention will have to be diverted away from Europe and into East Asia.

In addition, it is likely that in the coming years the US will find it more and more difficult to maintain such a large military budget. Due to the unprecedented amounts the American government is currently borrowing, there will come a time when congress will be forced to return to a policy of fiscal responsibility. In such scenario, cuts to defense spending will be necessary in order to balance the budget.

With the rise of China and the inevitable return to a balanced budget, the United States will no longer be able to afford to continue to pay for Europe’s defense. If such were to happen, NATO would cease to have a purpose. Unless a new threat were to emerge, NATO will inevitably become a relic of the past.

I tend to agree with you, however. Isn’t there always a, however. China is a dependent country. It would shrink dramatically if it had to depend on its domestic consumerism. In a similar vein the US would shrink if it had to depend on its domestic manufacturing. The one unintended result from all the Obama forward sanctions on Russia has been it is possibly the most economically independent major country in the world. It manufactures a lot of the products it uses and has a strong domestic market for those products. No country is an island today, but Russia comes… Read more »

True. But just because Russia doesn’t have a market in the Western hemisphere doesn’t mean it doesn’t export to the rest of the world. In fact, its military hardware is highly sought after by a growing market. And, not being dependent on exports to the West puts it in the enviable position of not having to submit to being bullied and blackmailed by the West.

I disagree with your basic premise, firstly China lifted only 800million out of poverty there remain 400milion yet to to be lifted out of poverty, from thence the opportunity to increase the standard of living of whole population.
Russia – a de-facto ally of China has population of 145 million which represents a considerable market for China. As well, Russia has all the natural resources and Chains the manufacturing resources and together with their combined human resources will easily dominate the global West.

You need to be better informed, the rest of the Chinese population is already in the bracket of middle income to super-rich. For example Forbes latest list of the world’s richest women listed 8 Chinese billionairesses in the top 10 and China also has the most corporations in the Fortune 500.
China’s economic strategy going forward is to move towards “high quality” development and have moved or encouraged low value added labour intensive industries to move to other undeveloped or under-developed countries.

I completely agree. I have been saying for awhile now that Russia has much more potential than China in the long run. However, despite the future re-emergence of Russia on the world stage, I believe that over time Europe will be forced to put its ideological differences aside and work with the emerging superpower. The west’s perception (and justification to place so many of its forces in Europe) is that Russia, although much weaker, still has the same intentions as the Soviet Union with regards to Eastern Europe. This is far from the truth. Although it would welcome the idea… Read more »

That is an excellent (though unlinked and otherwise undocumented) analysis, whose only flaw is its referring to China’s Government as an “autocracy.” U.S.-and-allied propaganda does that, but it’s fundamentally inaccurate, and international polls that ask questions such as “Is your country a democracy, or not?” show far higher percentages “Yes” in China than in the U.S., and that is far from the only indication that America is more of an “autocracy” than is China. But, otherwise than that glaring flaw, it’s a brilliant summary of a reality that is prohibited to be published in this autocracy. Please eliminate that word… Read more »

I can forgive the author for the use of that word. Just because the US is by far more autocratic than China is doesn’t mean that China lacks an autocratic streak. That’s just an impression, I have never been there.

I disagree with your basic premise, firstly China lifted only 800million out of poverty there remain 400milion yet to to be lifted out of poverty, from thence the opportunity to increase the standard of living of whole population.
Russia – a de-facto ally of China has population of 145 million which represents a considerable market for China. As well, Russia has all the natural resources and China the manufacturing resources and together with their combined human resources will easily dominate the global West.

The World Population Review of democracy rating by country gave the US a score of 7.92 in 2020. That placed it (again) in the “flawed democracy” category. This year it has sunk even lower with a score of 6. Yet, it is the country that screams the loudest about democracy.

Trump was saying this 2 years ago but the Military Industrial Corps & the Neocon psychos wouldnt believe it. They were too greedy to stop the war & fraud gravy train. 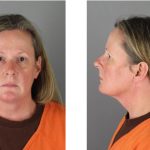 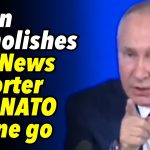