Russian-Turkish diplomatic relations are quite complex, while some collaboration exists in several sectors, competition is dominant in other sectors and domains, particularly the security sector.

Ukraine’s President Volodymyr Zelensky on February 27 urged foreigners to head to Ukrainian embassies worldwide in order to sign up to volunteer to fight Russia in Ukraine.  Now, Zelensky says that 16,000 foreign volunteers have arrived in Ukraine to assist in their fight against Russia.

The pro-Serb Democratic Front, the largest bloc in Montenegro’s governing coalition, called on the authorities to prevent the recruitment of Montenegrin fighters for Ukraine’s armed militia. “Such a call from the Ukrainian embassy is an obvious attempt to destabilize our country and the authorities must react. They must prevent Montenegrin citizens from fighting in foreign wars as this is also prohibited by law”, the Democratic Front said in a press release.  According to Interior Ministry data, some 31 Montenegrin citizens have fought in foreign wars since 2012, with 26 having fought alongside ISIS in Syria and Iraq.

The majority in Montenegro have strong sympathies for their fellow Orthodox Christian Russians, who have been targeted by Nazi militias such as the Azov Battalion in the Donbas.  Montenegro criminalized participation in foreign conflicts in March 2015, and those convicted face prison sentences of up to ten years. Montenegro joined NATO in June 2017.

Suhail Hamoud, a famed terrorist in Idlib, who is nicknamed Abu TOW for his skill in operating the American anti-tank missile BGM-71 TOW, recently offered assistance to Ukraine.  Hamoud said on Twitter, “There is a strong will I am in Idlib now and ready to go to support the Ukrainian army. I want to help someone”.  He is said to have more than 100 confirmed hits of Russian-made tanks in Syria during the battles against the Syrian Arab Army. Former President Obama had sent the TOW anti-tank missiles to Idlib.

Iraqi terrorist leader Maysara bin Ali, also known by Abu Maria al-Qahtani, said on Telegram that if a Muslim in Ukraine fights and defeats the Russians, he would be rewarded in heaven, and if he gets killed he would be a martyr, having died in a Holy War.

The most powerful terrorist force in Idlib is Hayat Tahrir al-Sham (HTS), a coalition of Islamist groups made up of Syrian and foreign fighters, and dominated by Al Qaeda affiliate known as Jibhat al Nusra.

“The main problem is the foreign fighters, they have nowhere to go,” said Sinan Ulgen, a former Turkish diplomat and analyst with Carnegie Europe. Sending the terrorists to Ukraine is one solution that the US and NATO are using. Just as the Obama administration used the Al Qaeda terrorists to fight the Syrian government for regime change, those same terrorists can be utilized to fight the Russians in Ukraine and Idlib.

The UN envoy to Syria has said there are around 10,000 HTS terrorists in Idlib. Other terrorists are fighting under the Free Syrian Army banner. However, once President Erdogan of Turkey began sponsoring them, he changed their name to the “National Front for Liberation”. The US-NATO war on Syria for regime change used the Muslim Brotherhood partisans as boots on the ground in Syria.  The terrorists were originally named Free Syrian Army but were taken over by Al Qaeda, and finally morphed into ISIS.

Ankara considers the Kurdish militia in northeast Syria as terrorists but supports the Al Qaeda-linked terrorists in Idlib. Turkey invaded Syria in several places, and Idlib was one of their occupation points. The Turkish military convoys pass freely amidst the terrorists in Idlib.

Ankara depends on its good relationship with Russia to control Idlib.  Russia controls the air space and performs military patrols near Idlib which holds together a fragile ceasefire between the terrorists, Russia, Turkey, and the Syrian government in Damascus.

In 2018, Russia and Turkey entered into an agreement in Sochi concerning Idlib. Turkey was to separate the terrorists from the innocent civilians and guarantee the safety of the M4 highway linking Latakia with the industrial capital of Syria, Aleppo. This plan was to prevent the Syrian Arab Army from attacking Idlib and clearing out all the terrorists. Turkey was desperate to sign the deal to prevent refugees in Idlib from fleeing to Turkey should an attack begin.  Idlib is thought to have about 3 million civilians and tens of thousands of terrorists.

Turkey has a dozen military posts in Idlib and said that it would isolate terrorists, but after almost four years Turkey has not lived up to its agreement. Idlib has remained a tense status quo, with no political settlement in sight or even discussed.

On February 27, Turkey declared the conflict in Ukraine a war. This invoked the 1936 convention concerning the waterway at Istanbul, the Bosphorus, and Turkey has now locked out Russian warships from the Black Sea, which include destroyers, a frigate, and one of Russia’s most advanced warship that carries cruise missiles.  These ships were to join a fleet of warships already assed outside of Odessa.

In 2017, Turkey signed a deal to buy the Russian-made S-400 air defense system against strong US objections. In 2019, the system was installed. Given the current fragile relationship between Russia and Turkey over Ukraine, Russia could turn off the system, like what the US did to Saddam Hussein of Iraq. In this process, the codes are known by the manufacturer of the air defense system and can make the S-400 worthless.

Russia is building Turkey’s first nuclear reactor, it has recently constructed a pipeline underneath the Black Sea to Turkey, and it is supplying the bulk of Turkey’s natural gas to stay warm. Turkey imports more than 90% of its energy and Russia is one of its main suppliers.

Turkey has been selling armed drones to Kyiv, and the Ukrainian military has already used them in Donbas against pro-Russian targets. Turkey is also a close ally of Russia, and a key trading partner, and Ankara have been careful not to step on Moscow’s toes in Syria. On March 2, Ukraine said it is getting more Turkish drones, despite warnings from Moscow.

Erdogan has domestic problems as well as those with Russia.  His opposition is united against him and opinion polls show an anti-Erdogan majority. Turkey would pay a huge price in Syria if Russia turned against it over its stance on Ukraine.

Russia could retaliate against Turkey in Idlib. If the Syrian Arab Army were to begin an attack of Idlib against the Turkish-protected terrorists, it could create a panic among the civilians and unleash millions to cross the border into Turkey, which would further destabilize Turkey amid an economic downturn and growing anti-Syrian sentiment among the public.

Conversely, should Turkey perceive Russia weakening from the US-NATO position against it in Ukraine, Turkey may choose to step-up attacks against Russian and Syrian positions and assets in Idlib, and take even more territory in northwest Syria on the Turkish border. All eyes are on Ukraine now, but keep one eye on Idlib as well.

Erdogan is a snake, I don’t now why Putin puts any confidence in him. He thinks he is smart, but the man is bad news, with him at the helm nothing bodes well for Turkey.

Who says he has confidence in him? Putin knows who he’s dealing with, and doing so quite well it seems.

Russia has to touch Erdogan with kid gloves, as he depends on him for access to the Mediterranean Sea. Actually, I suspect that Erdogan does not have the power to keep Russia out of the Black Sea. While both Turkey and Russia border the Black Sea, neither one of these countries controls the entire Sea. They probably have a certain number of sea miles off their respective coasts that they control, that would be my guess.

The Russian and Syrian Armies and air forces should have sorted Idlib and the Northern border out three years ago , when they had the chance ! A bit late now , fighting two battles at the same time . Putin knew Erdogan was a snake way back then , maybe being a chess master , he had other plans in the future with Erdogan . 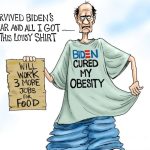 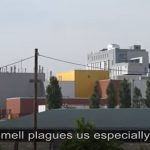