This is a translation of a piece run by the Russian TASS News Agency. It is not likely that the American press is covering it, so we bring it to you. The attached videos are for the benefit of any viewers that speak Russian or Ukrainian fluently, but, curiously, the “AutoTranslate” feature common to YouTube is not available for this video. Interestingly enough, the video coverage is from Ukrainian sources, and considering the bad blood between Russia and Ukraine, it is curious that both countries seem aligned on this issue.

The following is the TASS piece:

BEIJING, April 8. / TASS /. The US government should provide the international community with comprehensive information about the experiments that they are carrying out in the US military biological laboratories in Ukraine and at Fort Detrick. This was announced on Thursday at a regular briefing by the official representative of the PRC Foreign Ministry Zhao Lijian.

“We hope that the respective countries and the United States will take a responsible and open position, begin cooperation with the World Health Organization and invite its experts to carry out scientific research to find the sources of the coronavirus in the United States, as China did earlier. I noticed that Russia is not so long ago questioned the United States about its military and biological activities in Fort Detrick and in Ukraine. Other countries have also expressed similar concerns, “he said. “Take Ukraine, for example. The US has created 16 biological laboratories in Ukraine alone. Why is the US creating so many laboratories around the world, and what does it do there, including in Fort Detrick,” he asked.

An official representative of the PRC Foreign Ministry stressed that the United States is the only country that still blocks the creation of a verification mechanism under the 1972 Convention on the Prohibition of the Development, Production and Stockpiling of Bacteriological (Biological) and Toxin Weapons and on Their Destruction. “We again call on the United States to take a responsible position and respond to the concerns of the world community, as well as provide comprehensive explanations of what they are doing in these laboratories, as well as respond to requests to create a verification mechanism for such activities,” he said.

The Walter Reed Army Research Institute is located in Fort Detrick, Maryland. It is run by the Pentagon and conducts biomedical research, including infectious diseases.

They recalled that in August 2005, the Ukrainian Ministry of Health and the US Department of Defense signed an agreement on cooperation in preventing the proliferation of technologies, pathogens and knowledge that can be used to develop biological weapons. The document provides for the collection and storage of all dangerous pathogens on Ukrainian territory in laboratories funded by Washington, and also obliges, at the request of the American side, to transfer copies of dangerous strains to the United States for further research.

Medvedchuk believes that the facilities in Ukraine that are subordinate to the Pentagon and carry out their assigned tasks are de facto US military bases, which is expressly prohibited by article 17 of the Ukrainian constitution. The HLE also expressed suspicions that laboratories could become the source of epidemics in the country, but they were rejected by the American embassy. In addition, the party found that the diplomatic mission was trying to hide information about the work in Ukraine of two centers engaged in the study of pathogens dangerous to humans.

The original text of this piece is available at this link. Given all the scuttlebutt about COVID-19, and its curious way of affecting the Americans most of all, this piece of news adds some intrigue to a situation that is already extremely murky and politicized. We cannot properly offer evaluation of this without more information, but it is worth it for people who do not speak Russian or Ukrainian to know that this is an ongoing story.

The notorious AmeriCunt Army’s ‘Fort Detrick’ the nerve center of US Biological Weapons Program, was “Shut Down” in July 2019 but resumed back on November 2019, just a coincidence right? BTW the infamos Chemical Weapons Lab ‘Porton Down‘ in Wilshire UK near Salisbury, is 50% financed by the Pentagon..as well just a coincidence? Skripal Hoax anyone? Why is the Pentagon running Biological Weapons Labs in 25 Countries around Russia, China, Iran ect. under DTRA Cooperative Engagement Program (CBEP)?

Long and the Short of It
Reply to  Brokenspine66

Sounds like reason enough for Russia to launch an invasion. All they need is a vial of baking powder and a camera. Maybe Colin Powell can spare his. Never hurts to ask.

Brokenspine66
Reply to  Long and the Short of It

And…the Covid-19 pandemic offered the best way to achieve a full bank of ethnic Russian DNA through the millions of swabs used for PCR tests…in Ukraine…
They may have currently databased almost every one out there at least in the northern hemisphere..who has not gone through a PCR or antygen test yet?

IMO banks of DNA and the mRNA “vaccines” are related to an eugenic goal…nothing to do with keep people safe or healthy..

Call me conspirationist, but recall that os were considered those warning about the “vaccine passports” past year…

If the Kiev Nazis aren’t doing this crap in Ukraine, then Shakasvilii’s Georgian nutters are doing it outside Tblisi in the Richard Lugar BSL4 lab, where they cooked up sarin gas in 2013, for Syria. Stupids tried to get a bug that would target ”Russian DNA” — stupids don’t understand Russia is a LANGUAGE union LOL

Please the term LANGUAGE Union eluds me help needed. Yes i agree all the problems in the world are US funded and grounded. Fort Detrick never closed just changed its mode, (used different doors).

At least the US is consistent.

This article says:
The following is the TASS piece:
BEIJING, April 8. / TASS /. The US government should provide the international community with comprehensive information about the …

However, a Google search for any string in that fails to find anything from Tass. Without linking to the original, the mere allegation that the article is from Tass is a leap of faith (in Seraphim Hanisch) that I, for one, don’t have.

He found it on tass.ru, in Russian, and provided the link. I don’t quite understand the problem you’re having. 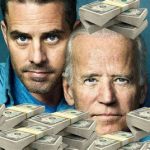 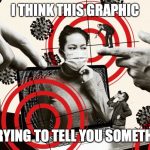