Syrian President Bashar al-Assad was re-elected to a fourth term in office, his second term under the 2012 constitution, with 95.1% of the votes, according to Hamouda Sabbagh, the head of parliament. Sabbagh announced the results in a news conference on Thursday, saying voter turnout was around 78%, with more than 14 million Syrians taking part.

Former deputy Cabinet minister Abdallah Saloum Abdallah received 1.5% of the vote, while Mahmoud Ahmad Marei, of an opposition party, received 3.3% of the vote.  78.6% of eligible voters cast their ballot in what many saw as the beginning of the end of the crisis which has devastated Syria since 2011.

“Thank you to all Syrians for their high sense of nationalism and their notable participation. … For the future of Syria’s children and its youth, let’s start from tomorrow our campaign of work to build hope and build Syria,” President Assad wrote on his campaign’s Facebook page.

30% of the country is outside of the Damascus administration, with the province of Idlib in the northwest, which is occupied by the Al Qaeda affiliate in Syria, and the Kurdish self-administrated area in the northeast, which is partly occupied by both the US and Turkey. Those areas did not participate in the Syrian election.

Syrian refugees in Lebanon and Jordan did participate in the vote; however, refugees in the US, UK, Canada, Germany, and Turkey were prevented from exercising their right to vote by their host country. The foreign ministers of France, Germany, Italy, Britain, and the United States issued a statement criticizing the election. Their words fell on deaf ears in Syria, where the public is acutely aware of the western support of armed terrorists following Radical Islam in an attempt at ‘regime change’ which failed, but succeeded in destroying the country, and costing hundreds of thousands of lives.

The constitutionally scheduled election went ahead despite an UN-led peace process that failed to fulfill the UN resolution 2254 objectives.  Through the course of numerous meetings, a new constitution was never drafted or ratified which made the 2021 election necessary to fulfill the existing constitution’s mandate.

The UAE, Oman, Bahrain, Jordan, Lebanon, and Kuwait all allowed Syrians in their countries to participate in the early vote in the presidential election organized by Damascus on May 20, which shows a growing Gulf flexibility in dealing with Damascus.

President Assad, and his wife, cast their ballots in Douma, the site of an alleged chemical weapons attack in 2018, which has since been found to be a staged and fabricated media event. In retaliation to the fake attack, Syria was attacked heavily by the US, UK, and France.

The central government in Damascus controls 70% of the country and still offers free medical and education. Through the Ministry of Health Syrians are been vaccinated for COVID-19 through a highly organized process of medical clinics at the neighborhood level. The Universities of Damascus, Aleppo, and Latakia are graduating doctors and nurses who will work in the public health sector as well as private facilities.

Rallies with thousands of people waving Syrian flags and holding pictures of President Assad were held across the country.   The large support for President Assad among citizens inside Syria is based on many reasons.  Many voters long for a return to stability and peace which they recall before 2011.  Supporters of President Assad don’t blame him for the conflict, but understand the US-NATO war on Syria for ‘regime change’ and to steal resources.  It is not lost on voters that the conflict began in Deraa just after a huge gas field was discovered in the Syrian waters.

Perhaps one of the biggest factors explaining voter support for President Assad is the wish to maintain the secular government.  Syria is the only secular government in the Middle East.  In a country of 18 sects, peace and stability were maintained through a secular administration which also served to protect religious freedom and the right to worship.  Syria was home to Jews, Christians, and Muslims who lived, studied, and worked side-by-side in harmony. The US-NATO Plan for ‘regime change’ in Syria was based on the support of followers of Radical Islam, such as the Muslim Brotherhood and others who have been promoted in the west.  President Assad warned the western leaders that by feeding a monster, it could turn to bite you.  After multiple attacks on French soil, France’s Macron has declared his war on Radical Islam.

On May 3, Khaled bin al-Humaidan, Saudi Arabia’s head of the General Intelligence Directorate, landed in Damascus and met with President Assad and his deputy for security affairs, Brigadier General Ali Mamlouk.

It is speculated the meeting was to discuss reopening the Saudi embassy in Damascus, and the first step in restoring relations between the two countries.  A follow-up meeting is expected shortly. The United Arab Emirates reopened its embassy in Syria in December 2018 and Oman reappointed an ambassador in Damascus in October 2020.

Ali Abdul Karim Ali, the Syrian ambassador to Lebanon, said on May 6 that, “Syria welcomes any initiative that includes a responsible reconsideration out of concern for its brothers, Saudi Arabia is a dear sister country and Syria welcomes any step that promotes Arab relations.”

The United Arab Emirates (UAE) reopened its embassy in Damascus in 2018, and Oman reappointed its envoy to Syria last year.

Saudi Arabia welcomes Syria’s return to the Arab League and expects Syrian participation in the next Arab League summit scheduled in Algeria.  Egypt, Algeria, and others have urged that Syria be restored to its membership which was revoked in 2011.

Saudi Arabia has continued to distance itself from the Syrian Negotiating Committee in Riyadh, which was stopped last January.  The group, headed by Nasser al-Hariri, had been once recognized as the Syrian opposition but has since become irrelevant.

Mohammed Rami Martini, Syrian Tourism Minister, arrived in Riyadh on May 26 to attend a Saudi tourism summit. A delegation from the Syrian government arrived in the Saudi capital on Tuesday, in the first public official visit to the kingdom since the outbreak of the Syrian conflict in early 2011.  The Syrian delegation participated in the 47th meeting of the World Tourism Organization Committee for the Middle East, the inauguration of the Middle East Regional Office, and the Tourism Promotion Conference which was held in Riyadh on 26-27 May.

Syria has a history of hosting Saudi tourists, who typically were a family traveling by car.  The average Saudi tourist would rent a house or beach chalet for the summer months, most notably in the cool mountain resort of Slounfa.  The homeowners and business operators in Slounfa, Kessab, and Latakia are eager to welcome Saudi tourists once again after such a long and painful absence.

Riyadh has been reaching out to Tehran through Syrian channels, and Syria can play a role in easing tensions between Iran and Saudi Arabia. As Prime Minister-designate Saad Hariri struggles to form a Lebanese government, Saudi Arabia may need Syria’s help in the dialogue between Riyadh and Tehran in sorting their interests in Beirut.

US-EU sanctions continue to make ordinary Syrians suffer.  The anger and resentment at the west are felt across Syria through all social strata. Church leaders have continued to demand that the sanctions be removed.  Elizabeth Hoff, former WHO director in Damascus often cited the sanctions as the reason medical machines sat idle in Syria for want of a replacement part.

Syria is in desperate need of rebuilding, but the US-EU sanctions are designed to prevent any rebuilding for fear of punishments. Moscow is now focused on starting the reconstruction process, returning at least some Syrian refugees to their home country, and normalizing the Syrian government’s foreign relations.

Next month President Biden meets President Putin, and they could potentially resume diplomatic efforts to resolve the Syrian conflict.

Excellent article, Steven, thank you for informing us.

The west fears Damascus indeed…Damascus has enough proof to take the west to court for war crime. Regime change is the only way to save their rotten ass!

So do the terrorist sponsoring Saudi and Turkish filth.

Why as a proud British patriot do I always feel ashamed of my country’s foreign policy?

I long feared the fall of Syria. I believe it is the lynch-pin for WWIII. Much as Poland was for WWII. Thank God for the stubborn resolve of Assad and the steadfast loyalty of The Syrian people. Of course The help of The Russian military forces cannot be understated and helped stop the deep state. Now with Russia more closely aligned and involved with Syria and The Chinese with Iran a major wrench has been thrown into the works of the machine. Just in the knick of time. Saudi Arabia can see which way the wind is blowing and just… Read more »

The destruction of Iraq happened before we had a chance to catch our breath after 9/11. By the time Syria and Iran became the prime targets, we (some of us) had figured out what the Evil Agenda was, and why. Russia also figured it out, and tried to stop the destruction of the Middle East. It helped create a global alliance against this Agenda, which in time has emerged as the stronger alliance than the Western alliance led by Israel/US/UK. The fact that Saudi Arabia has switched alliances is a clear sign which side is winning this WWIII, even before… Read more » 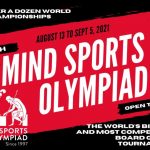 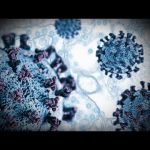