While the US claimed “mission accomplished” in Raqqa, in reality, the Syrian city of Raqqa has been completely destroyed. Buildings, infrastructure, bridges and roads have either been pulverised or destroyed beyond all recognition.

Recently released drone footage shows a ‘city’ that is no longer fit for human or animal habitation. Vegetation has also been totally destroyed and clouds of dust, including from chemical weapons now blankets a ruined region.

By contrast, amateur photos of the city when it was a fully integrated part of the Syrian Arab Republic, show a modern, vibrant and peaceful place. 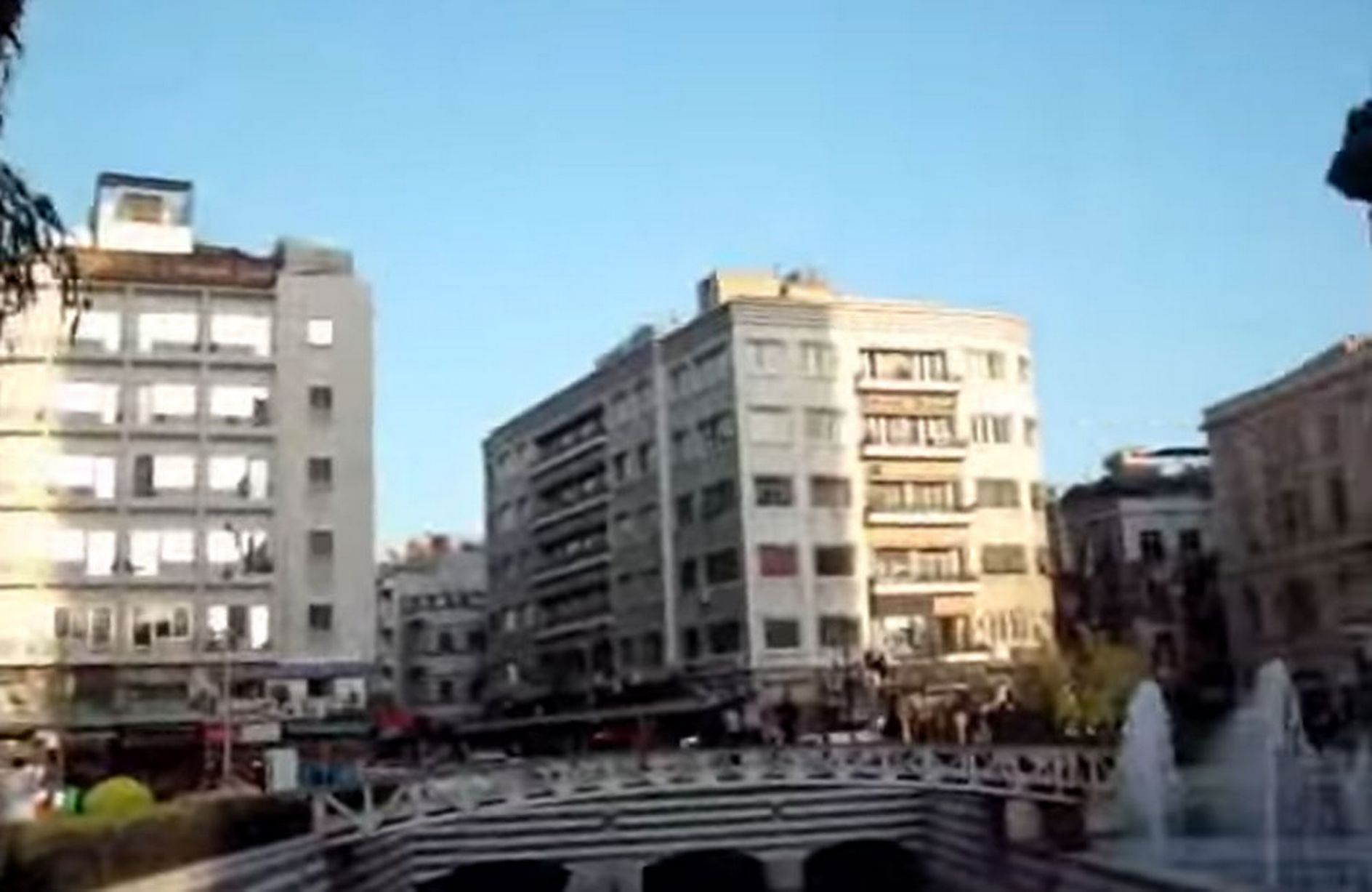 By contrast, drone footage taken even before the US declared “mission accomplished” shows an unrecognisable shell of a former city.

By the admission of the US itself, hundreds of civilians have been killed in the carpet bombing of Raqqa. The independent group Airways, puts the total number of civilian deaths at close to 2,000, while even the UN has admitted that all of these numbers are in reality, much lower than the real total.

Those who were lucky enough to escape the bombings, describe the horrors of living under US bombardment.

Adding insult to injury, Syria has stated that the US was not even targeting terrorist groups in Raqqa but is instead merely randomly bombing Raqqa’s infrastructure. Furthermore, it has been widely reported that the Kurdish led US proxy militia SDF have allowed ISIS leaders to evacuate Raqqa and receive safe passage to Deir ez-Zor where the terrorists regrouped in order to fight the Syrian Arab Army and their Russian military partners. Russia has further released photos showing that US special forces as well as SDF US proxies are moving freely in ISIS territory in Deir ez-Zor, thus confirming long standing Syrian allegations.

Unlike Deir ez-Zor city and Aleppo before it, Raqqa has not been liberated from terrorist occupation, it has merely been wiped off the face of the earth. This is due to a US attitude and “strategy” which opted for carpet bombing of Raqqa, instead of the more surgical approach of Russia and Syria who coordinate airstrikes with intelligence from the ground. Furthermore, as the US refuses to cooperate with Syria against terrorism, the US has very poor intelligence about the locations of civilians vis-a-vis the locations of terrorist targets. As it were, the US just bombed everything, even after the vast majority of ISIS terrorists had long fled Raqqa.

Whereas the US and its partners merely destroyed Raqqa, images of Deir ez-Zor’s actual liberation from terrorism by Syria and Russia, show jubilant civilians celebrating their freedom and waiting for food and water as provided by Syrian and Russian forces, in a largely intact city.

“Raqqa is still smouldering after the bombardment by the international coalition, and senior officials in Washington, Paris and Berlin are already pouring out pledges to allocate tens of millions of dollars and euros for reconstruction.

We made a list of cities and villages most in need and we didn’t distinguish between ‘bad’ and ‘good’ Syrians. But the answer from Washington, Berlin, Paris and London has always been the same: we can’t, we won’t”.

After slamming the callous attitude of the western coalition towards Syrian civilians, Konashenkov compared the indiscriminate bombing of Raqqa to the British destruction of the German city of Dresden in 1945, a move that many see as a crime against humanity, that served no military or logistical purpose.

Over 25,000 civilians perished in Dresden in 1945 and Raqqa whose pre-war population was over 220,000, may have witnessed a similar fate. At the moment, only a fraction of the bodies have been counted and many of the injured and displaced remain unaccounted for.

The destruction of Raqqa speaks for itself. A city filled with far more civilians than terrorists, even at the height of ISIS occupation, has been reduced to rubble. The majority of the victims were innocent of any crime. Many were women, children and the elderly.

The US has ignored the UN’s concern for the safety of civilians, while some survivors told journalists that the US attacks on civilian areas appeared to be intentional.

As I wrote previously in The Duran,

“RT has interviewed families who have escaped the ISIS stronghold of Raqqa in Syria where civilians stated that the US and its allies directly and seemingly deliberately targeted known civilian areas.

According to a former resident of Raqqa,

‘We were directly targeted by the coalition after their reconnaissance craft filmed us, it was at a low altitude.

It was very clear that there were no insurgents in that area, there were kids playing in the streets and we were bringing water from a water tap, sipping drops. We were filmed, then directly targeted after hours. Our house and the civilian houses around us were directly targeted.’.

Another eyewitness told RT about America’s use of the chemical weapon white phosphorous in Syria. He said,

The US has frequently hit civilian targets in Raqqa. One of the primary reasons for this is that the US refuses to cooperate with Syria and others with on the ground intelligence and knowledge of the region. The American presence in Syria is fully illegally according to international law. America forces have not been welcomed to Syria by the government nor has the United Nations authorised America’s actions.

By contrast, Russia and Iran are operating legally with the full support of the government in Damascus. This has allowed Russian and Iranian forces to collaborate and share intelligence, thus avoided the level of civilian casualties that has plagued the illegal US operation.

It is unclear if Raqqa will ever recover. The shame belongs squarely to the US and its coalition partners. Syria and her partners like Russia, have demonstrate that a real libation of a city from terrorism can occur with minimal loss of civilian life. Raqqa’s destruction is unconscionable and without any justification.