For all the outrage over nazi groups marching in Charlottesville, Virginia or the recent triggered movement to remove all Confederate statues across America, the US government has no problem providing arms to nazi’s in Ukraine.

The new face of America is eerily familiar. pic.twitter.com/xpAcHo7gHH

In the above Tweet, Assange has juxtaposed a neo-Nazi torch march in Kiev with the far-right torch march in  Charlottesville. Apart from the torches, it is clear that the Ukrainian fascists were far more equipped for violence as they were wearing bullet-proof combat gear and facial coverings.

Apart from this, the Ukrainian neo-Nazis got scant political coverage in the western media in spite of the fact that their actions included overthrowing a legitimate government as recognised by the United Nations and the installation of a fascist regime which continues to wage a war of aggression on the peoples of Donbass. This war  has included the use of chemical weapons on civilians.

Russian President Vladimir Putin said during a press conference on the results of the BRICS summit that possible deliveries of US lethal weapons to Ukraine will not change the situation, but this may lead to an increase in the number of victims, provoke the use of military force in other territories.

“This [the supply of lethal weapons to Ukraine] is the sovereign decision of the United States as to whom they sell arms or supply them to for free, and of the country that is the recipient of this aid. We cannot influence this process in any way. But there are general international rules and approaches – the supply of weapons to the conflict zone does not favor the pacification, but only aggravates the situation.”

Putin said that, “there is one more thing to pay attention to — who is encouraging such ideas”.

“This is because the self-proclaimed republics have enough weapons, including those seized from the opposing side, from nationalist battalions. And if American weapons enter the conflict zone, it is difficult to say how the proclaimed republics will react — maybe they will send the weapons they have to other zones of conflict that are sensitive to those who create problems for them.”

On Thursday, during his visit to Kiev in honor of Ukraine’s Independence Day US Secretary of Defense James Mattis said that the US was “actively reviewing” the supply of “defensive lethal weapons” to Ukraine.

In recent weeks, US officials have floated Javelin anti-tank missiles and anti-aircraft weapons among the kinds of “defensive” weapons that the US may send Kiev. At his press conference, Mattis confirmed that the US has already agreed to supply the country with an additional $175 million worth of non-lethal equipment and supplies, for a total of $750 million over the last three years.

Russian President Vladimir Putin also said that he would order the Foreign Ministry to submit a resolution on security of the OSCE mission in Ukraine to the UN Security Council (UNSC) if certain conditions are met.

“If to fulfill all the conditions, then, I think, it would contribute to the settlement of the problem in Ukraine’s southeast. The [Foreign] Minister [Sergey Lavrov] is currently here, so it is the order to the foreign ministry to introduce the relevant resolution to the UNSC,” Putin told reporters.

According to the Russian leader, the list of conditions include the ensuring of the OSCE staff’s security, the presence of the staff only at the disengagement line, pullout of heavy military equipment and involvement of the leadership of the self-proclaimed republics of Donbass to the process.

Putin added he supported the idea of sending peacekeepers to Ukraine in order to ensure the security of the Organization for Security and Co-operation in Europe (OSCE) mission in the crisis-torn region of Donbass.

“I do not see anything bad in it. I have repeatedly stated that I also support the idea of arming the OSCE mission. However the OSCE itself refuses to provide its staff with arms, because it does not have both relevant staff and experience for such activities. In this context I consider the presence of UN peacekeepers, even not peacekeepers, but people who would ensure security of the OSCE mission, quite appropriate. I do not see anything bad in such developments. I consider that it would contribute to the settlement of the problem in Ukraine’s southeast,” Putin said.

Take down that zionazi junta and its sponsors and funders…Soon Come..

No armed OSCE operatives, no UN ( NATO-lite ) should be in Ukraine. The issue will only be settled with the expulsion or likely destruction of the Ukrainian mercenary nazi battalions.

Am I missing something here? Normally I’m completely in agreement with Putin, but I fail to understand how having a pack of armed NATO thugs, and spies (OSCE) running around the Donbass contact line will in any way promote a peaceful outcome. Bought, and paid for by the US “Peace Enforcers” provided by the UN will also be a disaster. What’s going on?

Yes since you think they have cold hands or an itch…it is useless to explain Ukraine to you. Take the Blue pill and wake up in the FAKE REALITY called THE MATRIX or take the Red pill and see how deep the rabbit hole goes

No matter which pill I take or which hole I go down I’m certain to run into you. As for explaining Ukraine: You’re correct. I seriously doubt that anyone can explain Ukraine, but blaming it on The Masons, of all people, just doesn’t work for a rational mind. 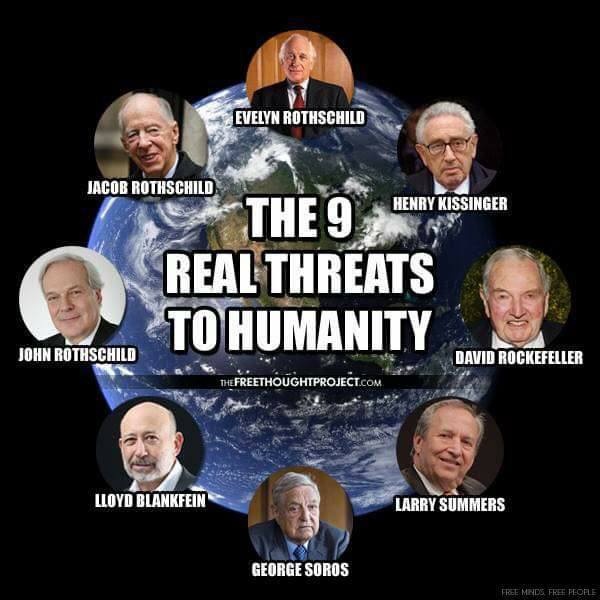 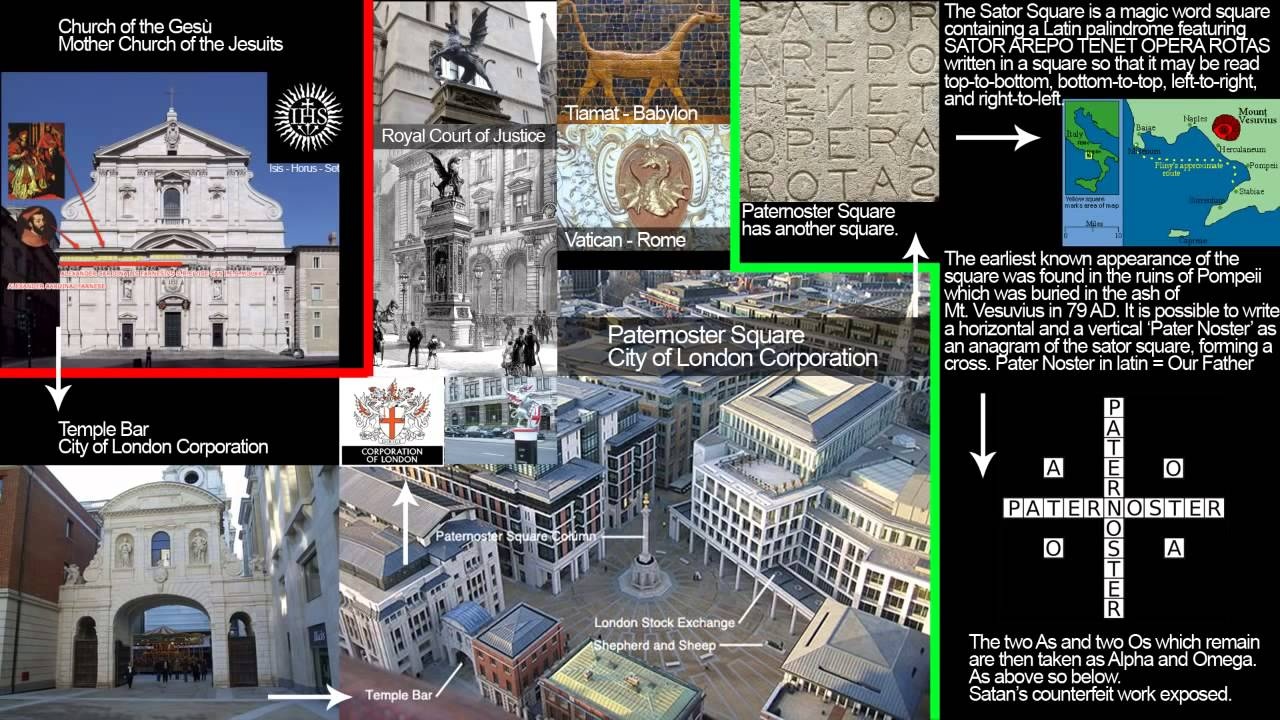 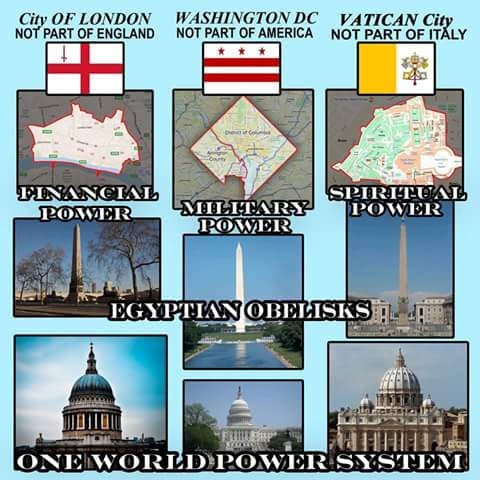 I know, and I agree so what are we arguing about?

I am not arguing my friend…Cheers

Try the medicament known as “Block user” It works for me when you have timewasters.

try khazarian mafia preparing ground for homecoming (neo-zion) and it all looks clear????
Apart from hamerica (anglo-zion) and germans, Israel is a major player in training and support of ukro-naziz. How odd?!
These formations participated in German genocide of khazarians! ????
But to them, Ukraine with south eastern Poland is the REAL HOMELAND of the khazarian tribe and it’s from there that zion came out, now a failed project. So they are coming home to the graves of their geatest tzadyks and chasidic forefathers.But first, they need to prepare the ground for safe landing????????????

Considering that the Khazarian position in Israel is becoming untenable they may well be planning on coming “Home”. God help the people of Ukraine is this turns out to be true.

Ukraine was my red pill

PORKY The President of Ukraine is a DUAL ISRAELI CITIZEN,married to a Ukrainian woman and a PUPPET OF WASHINGTON and NETANYAHU 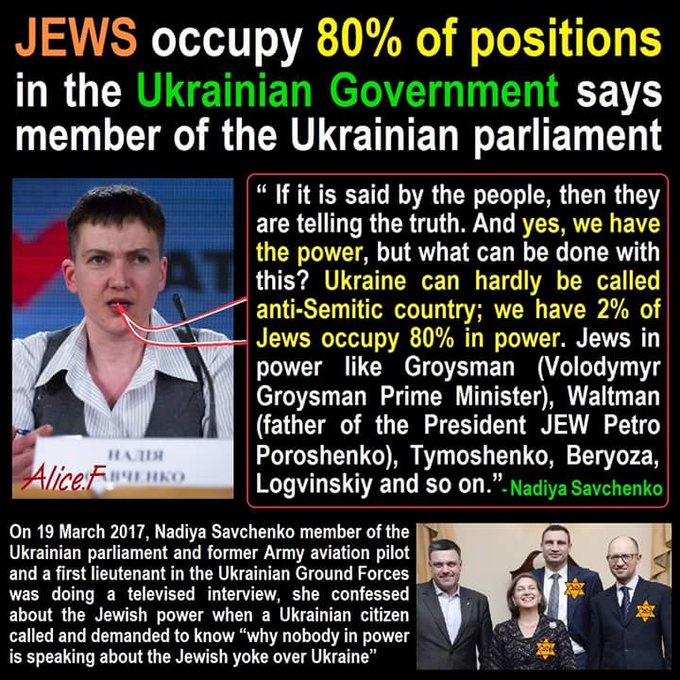 I totally agree with you, Trudeau needs to wake up!!!

Most Canadians can’t wake up…They are under a spell called “American News”.

my co worker’s step aunt makes $85 per hour from home, she has been without a job for 8 months but last month her pay check was $16987 only working from home for three hours per day. check out this site
http://www.GoogleFinancial351CashJobsOfficeWish/Home/Wage….

Likewise in Australia. The Australian government follows the US neocon line. And the Kiev regime gets a complete whitewash.

Ok, so what are you going to do about it, Mr. President? Will you finally – after more than three years of genocidal terrorism against the Donbass by the Kiev junta – provide the anti-fascist resistance with the modern weapons they need to properly defend themselves?

they are no nazi in ukraine………not in america either…..

Putin knows that this regime will implode due to an unmaintainable debt burden. Ukraine must pay out $20 bn between this year and 2020 to service its current debt. 2017 ($2.6 billion) 2018 ($3.9 billion) 2019 ($7.5 billion) 2020 ($6.0 billion)…… Data from recent S&P estimates The year 2019 is when Turkish Stream comes into operation along with Power of Siberia gas exports to China, and possibly Nordstream 2. It will also be the year of completion of both road and rail link via Kerch bridge to Crimea which will be a godsend for DPR/LPR trade (two sanctioned regions helping… Read more »

After what happened in Der-Ezzor today? Trump will have to think twice sending those lethal weapons to Ukraine.

Putin is saying clearly, that Russia will take more territory if the US sends military aid

The Kiev neo-nazis and their US backers will categorically reject a proposal of this nature because it would create a defacto UN-supported border between (what’s left of) Ukraine and the self-proclaimed republics. And in rejecting the proposal the US would once again show it’s hypocrisy and lack of desire for a peaceful solution to the Ukraine problem (that they caused).

For when Donbass do have one, and in case Russia intervenes with one.

C’mon Colin, your not making sense here. Have you any idea of what it involves for breakaway states to develop their own Air Force ?? I don’t think you do. Ask yourself too, from where would these states obtain the funding in the first instance ??? The FACTS, are, neither of these states has an air force, therefore anti aircraft weapons are an over kill, unless of course the Ukies are going to shoot down another civilian airliner. You mention the Russians again. Seriously weird. This is not about Russia, though they do have a legitimate concern as they share… Read more »

The US has nowhere to go as Finian Cunningham and others have pointed out. The best approach is a Federal Ukraine with good relations with its neighbours. To this end its neighbours should alter their mostly ridiculous behaviour. Poland especially is behaving like a lunatic. Its’ ties to the US are bizarre – what relationship has a Pole to an American? None actually. Donald Tusk is responsible or irresponsible for this nexus. Poles live the heart of Europe including to the Urals. These folk ought to be focussed on Warsaw as a capital city of a Eurasian Union. Maybe there… Read more »