In an address to a new legislative superbody, Maduro said:

“I am announcing that Venezuela intends to introduce a new international payment system and to create a currency basket for the liberation from the dollar and, [we intend] to free ourselves from the clutches of the dollar, the currency that is strangling our country.”

“If they pursue us with the dollar, we’ll use the Russian rouble, the yuan, yen, the Indian rupee, the euro,” Maduro said.

Maduro plans to use the weakest of two official foreign exchange regimes and a basket of currencies. Currently in Venezuela, one dollar buys 3,345 bolivars, according to the central bank. At the strongest official rate, one dollar buys just 10 bolivars, but on the black market the dollar fetches 20,193 bolivars. A thousand dollars of local currency bought when Maduro came to power in 2013 would now only be worth $1.20.

On August 25, US President Donald Trump signed an executive order imposing financial sanctions on the Venezuelan government. The White House said the measures were “carefully calibrated” to put financial pressure on Maduro’s government.

Its important to note that Venezuela sits on the largest amount of oil reserves in the world:

Reserves amounts are listed in millions of barrels (MMbbl):

READ MORE: Trump isn’t going to Invade Venezuela, but what he’s planning might be just as bad

The United States previously threatened to sanction anyone involved with the Constituent Assembly, which was elected on July 30.

The Constituent Assembly is a legislative body, which has the power to amend Venezuela’s constitution. The election of the assembly took place amid mass, deadly protests across the country. Venezuelan opposition, as well as the European Union and the United States, have refused to recognize the body’s legitimacy.

Maduro says this is part of an “economic war” waged by the opposition and Washington, aimed at his ouster.

“This is the fight against the economic blockade of the imperial sanctions of (U.S. President Donald) Trump,” said Maduro.

Will Venezuela and Nicolas Maduro share the same fate as Iraq and Saddam Hussein?

Q: “Will Venezuela and Nicolas Maduro share the same fate as Iraq and Saddam Hussein?”
A: No.

Possibly. BUT now the rest of the world is up to what happened in Iraq and Lybia. AGAIN, one has to ask ‘Would the situation be the same if all Venezuela had was Broccoli”???

Just three points under the general headline “The World Has Changed”: 1. Hussein and Gaddafi had the *idea* of busting out of the petro-dollar system but there was no real-value multi-national trading network at that time, and there were no financial mechanisms to replace the dollar. It should be clear that Maduro, despite the phrasing of his statement, is not going to create a new international payments system, nor is he going to create a currency basket by himself. Venezuela has oil, a lot of it, but Maduro is simply not that powerful. The needed mechanismus have been created by… Read more »

besides Venezuela is in good company……….. even if they murder Maduro like they did to Chavez………… I bet that Maduro has all organised for such an event taking place………….. no yankee will grab Venezuelas vast resources…… lol is China, Russia, Turkey, Iran, etc etc all that stupid ????? The Orinoco belt is gone ………… and colour rev. seem to backfire.

Nice take on that. I hope you are right in that all the preparation is finished. It would save his country.

“and there were no financial mechanisms to replace the dollar.”

Of course there was, Saddam was using the Euro and Gaddafi wanted to introduce a gold backed Dinar, which is why both were murdered.
Putin has just offered Maduro a life line selling his oil for gold backed yuan and ruble.
This latest announcement by Maduro, could just be the one that starts the collapse of the dollar that has been long forecast!

Yes, I stand corrected. — Which shows us that the mechanisms alone are not enough.

If anything it shows we need something ‘tangible’ backing the currency we trade in. It only favours America at present, who can print dollars at will and not see any devaluation. The super note was a classic > http://www.marketskeptics.com/2011/06/the-esf-and-its-history.html – Part 5. 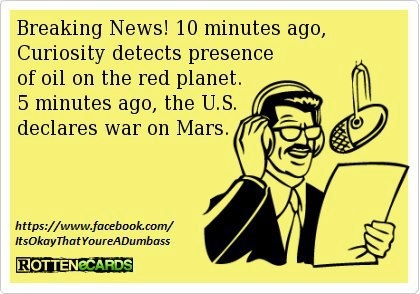 There is already lots of hydrocarbons on Saturn’s moon, Titan. Just send tankers.

Please tell more. South Africa is BRICS, so we must all know that South Africa is a target. For a good but general overview, a good article by Jeff Brown at The Saker: http://thesaker.is/brics-is-euranglolands-canary-in-the-imperial-mines/.

I think yes, but I hope no.

He is adding Venezuela to a growing number of countries dumping the USD. Even Saudi Arabia is considering accepting Yuan for oil!
https://sputniknews.com/columnists/201706291055090784-america-death-throes/
http://russia-insider.com/en/politics/china-has-leverage-kill-petrodollar/ri20552
http://www.zerohedge.com/news/2017-06-01/chinas-next-step-destroy-dollar

Venezuela should get into the chinese Cross-Border Interbank Payment System (CIPS), ban the use of the dollar in the country, do bilateral trade in national currencies or ruble or yuan. Avoid de euro as is the same crap as the dollar

It’s socialism that’s strangling your country, not the dollar.

for a country to own its own mineral recourses and distribute the proceeds within is not socialism, its common sense.

I don´t think so… China and Rusia mainly support his decision.