North Korea completed its sixth, and what many experts believe, its most powerful nuclear test to date.

The Duran reported that North Korean media had declared a successful test of a hydrogen bomb, a few short hours after announcing that the country’s military possess such a weapon which can be loaded atop the DPRK’s existing missile systems.

North Korea hailed the test as “success” and “meaningful step” in completing a the most powerful kind of nuclear weapon, apparently all from domestically produced components. North Korea also stated that the test was safe and that no nuclear material had leaked into the environment during the underground detonation.

The US, South Korea and China all confirmed the presence of a ‘man made earthquake’ emanating from North Korean soil which was confirmed as measuring 6.3 on the Richter scale.

Japan later stated that the earthquake which was ten times bigger than those resulting from previous North Korean subterranean  bomb tests, had in fact been the result of nuclear activity.

While “the presence of a man made earthquake emanating from North Korean soil” has been fully confirmed, nuclear expert Alexander Uvarov believes North Korea might be bluffing about the type of bomb it tested.

North Korea claimed Sunday that it had successfully conducted a test of a hydrogen bomb, which had generated a 50 kiloton detonation, meaning that the blast was tantamount to exploding 50,000 tons of dynamite. The Japanese Defense Ministry later commented that the yield of the nuclear weapon that had been tested may have been as high as 70 kt, according to preliminarily estimates.

The bomb, it said, was designed to be mounted on its newly developed intercontinental ballistic missile (ICBM).

Alexander Uvarov, an editor-in-chief of the Russian website AtomInfo.ru, commented to Sputnik on the test, saying that judging by the announced yield of explosion (just a few dozen kilotons), it might have been not a thermonuclear device in the modern sense of the word, but a so-called “boosted device”, an atomic bomb that uses some hydrogen isotopes to enhance its explosive yield.

“It is a long-established physical principle, offered way back at the end of 1940s – beginning of 1950s, which became one of the stages of development of the thermonuclear programs of the USSR and the US,” he told Sputnik.

An earthquake measuring 6.3 on the Richter scale centered in the area of North Korea’s nuclear weapons facility was followed by a 4.6 earthquake that appears to be a cave-in due to the bomb test.

Who’s going to call the bluff ??

That’s the real point ! NOBODY DARE & I mean NOBODY.

Yupp !! They will not dare ?? Because, you don’t know what he has in his sleeve ??
Could be like an Iceberg ?? You only see what’s above the water ? would you take the risk ??

The only thing that’s not a bluff is this: a US first strike against NK is war – and a false flag won’t work. 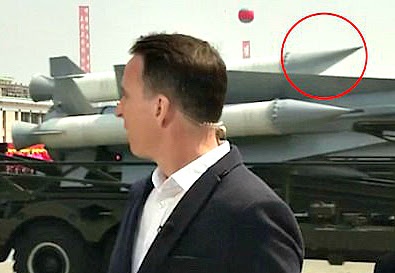 Is Kim Jong-Un a MK-Ultra Monarch asset of the US government used to start the World War 3???

The video suggests that Kim Jong-Un has been mind-controlled by the CIA.

Let me see if I have this right?
The evidence that Kim is mind-controlled by the Illuminati is … he watches a show that have children dressed as cartoon animals and …. a tall building? Oh yeah, and maybe Rodman is his MK Ultra handler?

Have I got it right?
‘Cos then….. I’m rather fond of a lit fact sprinkled on my conspiracy to remove the taste of the theory..

It was the real deal, believe me, I know

You were there? You actually saw the device?

I agree with “Don Ramon”

But hey – EVERYONE’s so quick to agree “It was a Hydrogen Bomb!” as though it’s completely unheard of for North Korea to exaggerate its weapon capabilities. (They would NEVER do that.)

At 5x Hiroshima it’s too small to even call it a baby.
Hell – we’re only supposed to start getting scared at 1000x.

Substitute the magnitude on the Richter scale for instance 6.3

Given the difference between total energy and measured radiated wave energy the yield may well have been a lot higher.

My feeling is that Russia has desperately been trying to down-play N.K’s achievements with the noble intention to ease the tensions on the peninsula and US’s war lust on it’s borders. Time has now come to accept that N.K (which is a country we know very little about and almost all we know is filtered and delivered by the usual suspects, US and S.K) is indeed a nuclear power and work, not primarily to save face for an incompetent and rouge US fascist regime, but towards making them understand that all options is off the table, that if they try… Read more »

Google is paying 97$ per hour! Work for few hours and have longer with friends & family!!!
On tuesday I got a great new Land Rover Range Rover from having earned $8752 this last four weeks.. Its the most-financialy rewarding I’ve had.. It sounds unbelievable but you wont forgive yourself if you don’t check it
>>>http://GoogleFinancialJobsCash370TopOne/GetPay$97/Hour…..

I find it interesting that the device detonated at 6:30 caused an earthquake measuring 6.3 on the Richter scale. The North Koreans are probably ahead of the curve. The US should stop these infantile yearly war games – but it’s bad for business. The US should look for a better business model , rather than exporting war and instability to every corner of the world.

You mean…like WMD’s in Iraq?

The current situation has left Kim with no good options. He can either cave in and terminate his missile program altogether or increase the frequency of the tests and hope that they pave the way for negotiations. Kim chose the latter. Did he make a bad choice? Maybe. Is it a rational choice? Yes. The North is betting that its nuclear weapons programs will be valuable bargaining chits in future negotiations with the United States. The North has no plan to nuke the west coast of the United States. That’s ridiculous! That doesn’t accomplish anything. What they want is to… Read more »

It is unlikely that the readings you cite are from the “Richter scale” since this is not often used any more. The readings cited are probably from the Momentum Magnitude Scale (known as MMS). Even in the backwards land of the United States, they stopped using the Richter scale about 15 years ago!

What’s going in this mad mad dance? Try this: This is Russia and China in a diplomatic tango and the DPRK is piping the tune – they want their double freeze – and they are going to get their double freeze because NK is going to keep ramping up the missile tests and underground explosions until S/Korea and Japan agree to it and everyone in the UNSC (except the US of course) demands it. Watch next week – US is putting up ANOTHER resolution on Monday – whatever they want short of no food and a Chapter 7 they will… Read more »