“I welcome President Trump’s new, conditions-based approach to Afghanistan and the region.”

During an Afghanistan “new strategy” speech delivered yesterday, US President Trump said that the United States will cooperate with Afghanistan as long as Kabul seeks to progress, however, the US help will not be endless.

During his speech, Trump was crystal clear in expressing his confidence that NATO will do exactly what it is told to do, with regards to Afghanistan military support and funding…

We will ask our NATO allies and global partners to support our new strategy, with additional troop and funding increases in line with our own. We are confident they will.

Since taking office, I have made clear that our allies and partners must contribute much more money to our collective defense, and they have done so.

Trump’s strategic guidance for South Asia unveiled on Monday states that US support in Afghanistan is not unlimited and will not serve as a “blank check.” The guidance repudiates nation-building and instead expands the US troops’ authority to target terrorists in Afghanistan.

“Our aim remains to ensure that Afghanistan never again becomes a safe haven for terrorists who would attack our own countries,” Stoltenberg said.

Contrary to previous reports, Trump said the US would not reveal the number of troops or any future military action plans in Afghanistan.

More like a coyote. No insult intended to the honest coyotes in the wild, who have to kill for a living.

Exactly, NATO is nothing but Washington’s house pet.

Europeans have no obligation to send their sons , brothers or husbands to fight and die in American endless war in Afghanistan. Maybe Trump will send one of his sons there. Hello?

his sons only know how to point guns at defenceless wildlife.

It doesn’t matter. If Trump wants to prolong the war in Afghanistan, that’s the US business, not Europe’s. Europe has no beef there.

Then it’s a pity “NATO” got suckered into going there 16 years ago when they went to kill a country because their Saudi Arabian Al Qaeda asset had gone rogue (or so they say).

Now to get out – is another kettle of fish.
But as long as European nations allow America-Only to call the shots – Europe’s sons and daughters will die for the American economy.

Europe did it to themselves.
They implemented “Austerity” without a future projection of where it would lead. They supported “America’s Wars” with an eye on present profit but a complete lack of regard for what wars do to the country that’s the target. (An unforgivable omission for Europe and esp Germany – they LOST World War2.)

Now they weep because they deliberately made like ostriches and stuck their heads in the sand and all their profit-now, pay-later ‘policies’ have come due. It’s time to pay the bill.

The damn bill ALWAYS comes in.

The tragedy isn’t that the US screwed the EU for it’s own interests – the tragedy is that EU eagerly helped the US do it – with a will.

You reminded me of the words of John Fowles, an Irish writer, in his book “The Magus”:
“The tragedy was not that one man (Hitler) chose to be evil, but that millions of German people chose to not be good”.

Not so much ‘tragedy’ as a high crime – treason. It was entirely avoidable, tragedy usually is not. 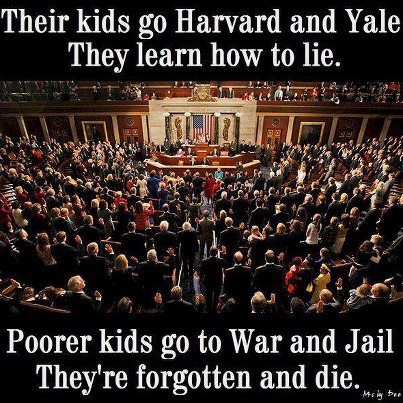 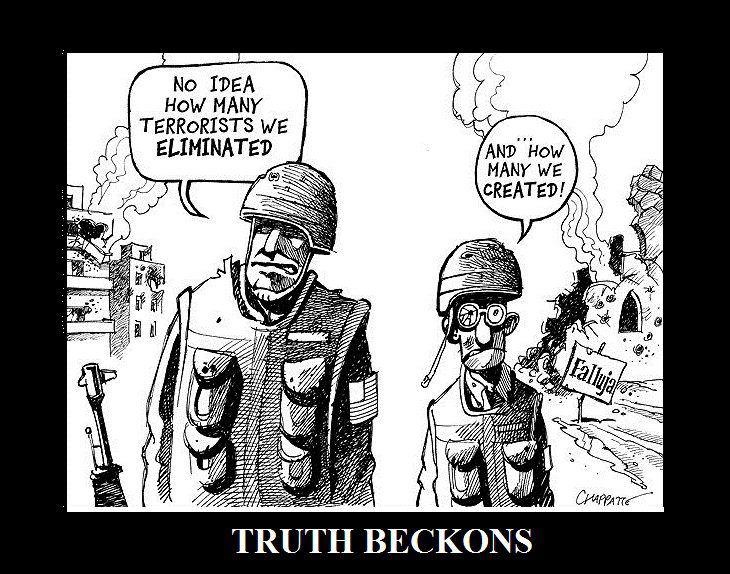 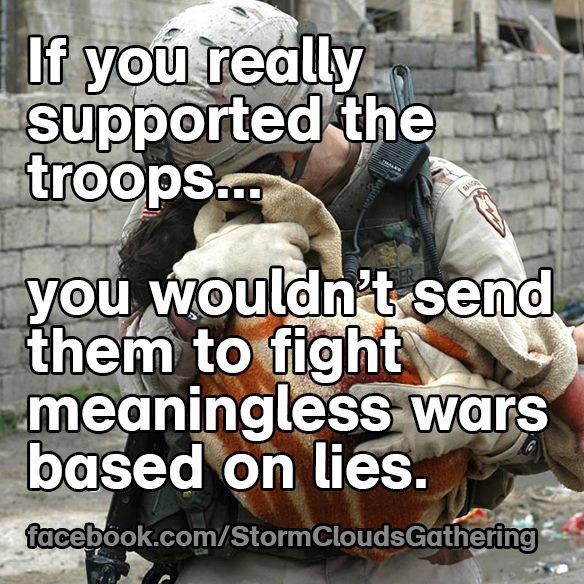 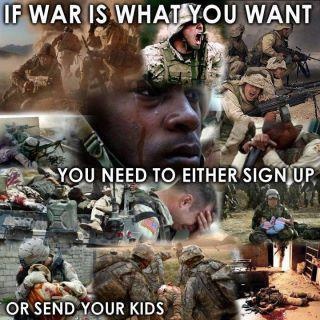 Wow. What a surprise. Who would have guessed? Is it really necessary to even report that the board agrees with the ceo?

Here’s what I don’t hear…….
UK, France, Germany saying “We stand behind the US/NATO in Afghanistan.”

Perhaps they should limit their obligatory NATO support to the logistics of supplying chocolate to the Taliban’s American targets? … They do so love their chocolate – for the kids you know.

Here’s what I don’t hear…….
UK, France, Germany saying “We stand behind the US/NATO in Afghanistan.”

It’s Stoltenberg, the US home poodle, who said that, not UK, France or Germany. Encore un petit effort and US will find itself on its own, without any allies.

“US will find itself on its own, without any allies”
—————
Then the chances would be good that the Americans could be forced home – she doesn’t like to go to war without the moral support of her “allies.” Might make the folks back home think they’re invaders instead of the good guys defending against the evil doers (simplicity is an educationed requirement)

…. LOOK! Britain, France, Germany, even Denmark and 70 other nations – the “rest of the world is in our coalition” – all agree : “We’re in the right!”

US doesn’t need allies, it only wants vassals, the “Beni oui-oui”, who answer Yes to all US diktats. As soon as one dares say “No”, he becomes a foe or worse, a “hitler”.

“US doesn’t need allies, it only wants vassals”
——————-
Yes. But Europe is happy with the Liege/Serf relationship and as long as they prefer it – they will have it.

It means – if you won’t listen, you will feel.
…And it’s the prelude to a walloping.

I am not sure that Hitler ever said ‘no’ to his Anglo-Zionist masters. Are you?

That was Brzezinski’s “doctrine” adopted by all the US administrations after Carter, to use Islamic terrorists for the US purpose. US supported Al-Qaeda not only in Afghanistan in the 1980ies, but also in Chechnya, Libya, Egypt and Syria.

NATO means Pentagon! The so called “NATO-Members” are just their servants and/or slaves.

Such an announcement by NATO is about as surprising as the statement that night follows day.

You know Kent, you really get the ‘worms beneath the skin.’ It makes mine crawl to see the secret Dorian Gray portraits of these monsters.

If NATO is behind it, then you know it’s bad.

Trump: “must seek an honorable and enduring outcome”

Sound anything like ‘Peace with honor’? For those too young to remember … that was Vietnam.

US Department of Defense’s estimates have put Afghanistan’s untapped wealth of gold, copper, uranium and other rare-earth minerals at well around $1 trillion to $3 trillion,plus the largest resource of lithium in the world,as well as heroin. That can probably explain Washington’s willingness to continue the war in Afghanistan, which has dragged on for 16 years and has cost the US economy more than $714 billion dollars for the Rothschilds,Goldman Sachs ……Judea Inc If there was any remaining doubt that the infamous Council on Foreign Relations (CFR) is back in charge of “foreign policy” TM, Donald Chump dispelled it once… Read more »

Yes, and the first time I saw the estimate of Afghan mineral wealth was in the year 2010. What’ve they been doing 7 years hence, if not mining and otherwise stealing the stuff?

The TRILLION DOLLAR DRUG TRADE is big business…also we test THE NEW TOYS as also in IRAQ. Lasers that kill a HUMAN and leaves only DUST
NEW DRONES THAT USE A I …….. TO KILL Humans
Also Organs are needed in hospitals for surgery…NOTHING GOES TO WASTE…FOLLOW THE MONEY!!!

Listening to the Channel 5 News Headlines, what was interesting was the way that President Trump was demanding other nations join the US in their Afghanistan quest.

No sign UK will join US Afghan troop surge in wake of Donald Trump u-turn… http://news.sky.com/story/uk-unlikely-to-beef-up-afghanistan-presence-in-wake-of-trump-decision-11000418

I wonder how long it will take him to change his mind and send out the Forces to look after the Poppy Harvest?

Of course NATO would agree to anything remotely resembling possibility of war.

Yeah, I’ll bet NATO adores the extended arrangement. Speaking of US only, Sputnik reports “Over Half the $76 Billion Military Aid to Afghanistan Since 2002 Stolen.”
https://sputniknews.com/military/201708141056453160-military-aid-afghanistan-missing/

I must add that an estimated $40 Trillion has “disappeared” since the late 90s. People are working on this — citizens, not currently employed by govt. to my knowledge. US cannot be the only NATO member who enjoys extraordinary Treasury access, while performing NATO stuff.

A few years ago, I read that someone tried to audit NATO. Like US, the task was impossible to perform.