Steven Sahiounie, journalist and political commentator Kazakastan descended into chaos and street violence on January 1. What appears to be a popular uprising against the government has an organized crime network calling the shots from a central headquarters, according to officials.

Kazakastan descended into chaos and street violence on January 1. What appears to be a popular uprising against the government has an organized crime network calling the shots from a central headquarters, according to officials. Almaty, the biggest and most prosperous Kazakh city, was turned into a war zone littered with dead bodies, burned buildings and incinerated cars.

The government recently announced a sharp price hike in fuel prices, and the protests began afterwards. The true source of the unrest has less to do with price increases than a power struggle of the loyalists of Nursultan Nazarbayev, who stepped down as president in 2019 but retained wide powers and was given the honorary title of “leader of the nation”. and Kassym-Jomart Tokayev, the current president who has recently reshuffled important posts.

Samat Abish, nephew of Nazarbayev, was removed from his post as deputy head of security by Tokayev, who also fired several other Nazarbayev loyalists. Sources on the ground report Abish played a major role in organizing the unrest.

Nazarbayev promoted Abish to the position of first deputy chairman of the National Security Committee (KNB) in December 2015.

Abish was a well-known follower of the Muslim Brotherhood, which is a political form of Islam that had been deemed too dangerous for the internal political stability and the national security of Kazakhstan. Turkey’s President Erdogan and his AKP party are Muslim Brotherhood followers, but the terrorist group is outlawed in Russia, Egypt, UAE and Syria.

A human -activist in Almaty, Galym Ageleulov, noticed the crowd of protesters seemed to be criminal gangs, and common thugs, not the usual government opposition and students.

Arman Dzhumageldiev is one of the most well-known gangster in the country, and he gave speeches as the government buildings burned behind him. The interior ministry announced he had been arrested along with five associates yesterday.

Russia was asked in to help with security and has arrived on Thursday. Kazakhstan was part of the former Soviet Union, and Russian is one of the two official languages spoken in the oil-rich country of 18 million. Besides Russian help, Tokayev also requested assistance from the Collective Security Treaty Organization (CSTO), who are sending peacekeeping forces to guard while Kazakh security forces re-establish order.

Similarities between the unrest in Kazakhstan and the March 2011 uprising in Syria can be seen. In both instances organized protesters seemed to materialize quickly, included foreigners who shouldn’t have a stake in the conflict, and police were targeted and killed from the outset. In the case of Syria, it was a US-NATO attack for the purpose of ‘regime change’. Western media and foreign fighters were utilized in Syria, while President Tokayev accused “The so-called free media” and “foreign figures“ to become accomplices of the crimes in Kazakhstan.

When police are killed, this means the protesters were neither unarmed, nor peaceful. If this happened in Washington, or London, they would be termed domestic terrorists and the security forces would seek to quell the violence and restore public safety. However, US Secretary of State Antony Blinken first sounded confused as to what was the back story of the unrest, but lost no time in casting aspersions on Russia.

The beheading of police in Kazakhstan reminds us of the “Free Syrian Army” (FSA) who were Radical Islamic terrorists, and later devolved into Al Qaeda and ISIS. In the case of the FSA, it was the US CIA program in Turkey which was the central command headquarters dispensing cash and weapons.

Today it was announced that January 10 will be a day of national mourning over the numerous victims who died in the recent unrest, according to Berik Uali, the presidential press secretary.

Many experts question whether the infiltration of Radical Islam in the form of the Muslim Brotherhood terrorist organization into the Kazakhstan security leadership might be the root of the terror and violence which has cost lives recently, and previously in Libya, Egypt, Tunisia, Syria and Turkey.

The Muslim Brotherhood in Egypt, SaudiArabia and Turkey was a strategic invention of the CIA to keep the populations under control and guard the Suez Canal and Oil and fight the independance movements under Assad and Nasser. Religion is a powerfull tool. Al-CIAeda or Al Qaeda and the Israeli Security Intelligence Service or ISIS have derived from the Brotherhood as violent proxy operatives.

Excellent analysis. Blaming this regime change coup attack on people’s dissatisfaction with rising gasoline prices must be the lamest excuse of all the lame excuses. 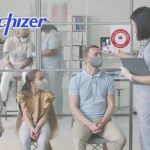