The NGO ‘European Values Think-Tank‘ is funded by the American Embassy in the Czech Republic (i.e. the CIA) and by the Open Society Foundation (i.e. George Soros)…so the ridiculous nature of the list should come as no surprise.

The propaganda think tank published a report on RT featuring an extensive list of US and European public figures who have been accused of ‘undermining western democracy’ just by appearing in RT shows.

The true useful idiot, used by Soros and the CIA to put the list together, Monika Richter was absolutely destroyed by Max Keiser (Video below).

Here is Richter’s profile as part of the “Kremlin Watch Program.” 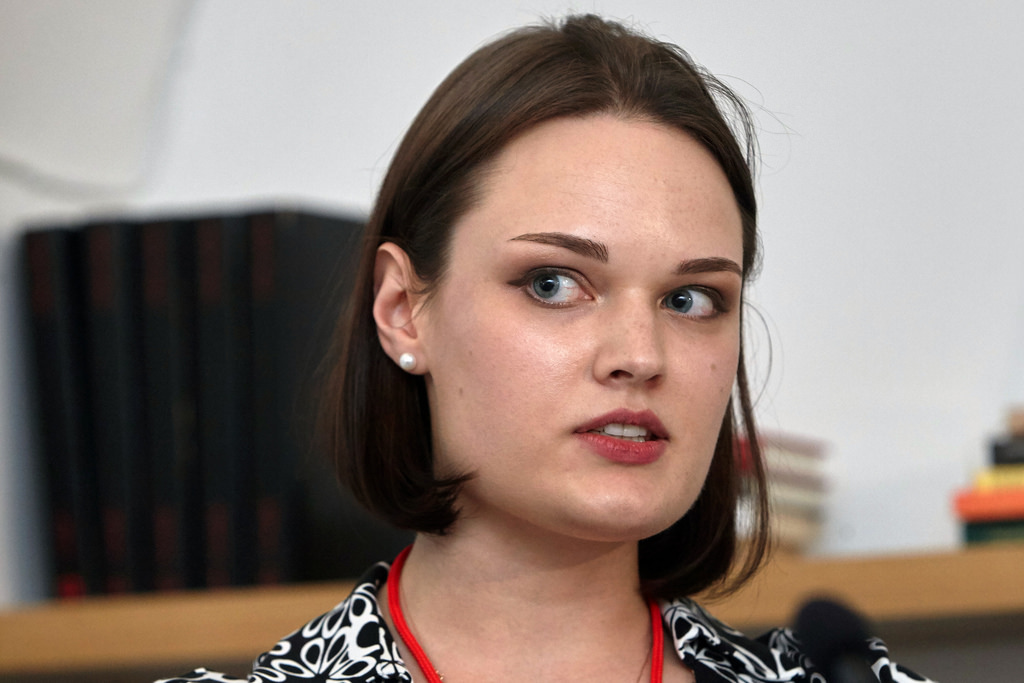 Monika joined the Kremlin Watch Program in March 2017. She became interested in the Kremlin’s disinformation campaign with the onset of the Ukraine crisis in 2013, and subsequently devoted her graduate research to the effectiveness of this campaign with target audiences in the West. Her Masters thesis involved an online survey experiment with 1,200 U.S. participants that tested the attitudinal effects of exposure to Russian coverage of the Ukraine war. The study received national media coverage in the U.K. as the first controlled experiment on the impact of Kremlin-sponsored broadcasting aimed at Western citizens.

At Kremlin Watch, Monika focuses on the disinformation scene in the U.S. and the broader challenges of fighting information pollution in the age of unchecked digital media. She holds degrees in Politics and International Relations from the University of Oxford, St Antony’s College (MPhil) and the University of St Andrews (MA). Born to Czech emigrant parents and raised in the U.S., she speaks native Czech and English, as well as German (B2). Her full profile is available on LinkedIn.

An NGO called the European Values Think-Tank has published a report on RT featuring an extensive list of US and European public figures who have been accused of “undermining western democracy” just by appearing in RT shows.

The report, claiming to be an “overview of RT’s editorial strategy and evidence of impact,”  comes with an Excel list of 2,327 people who have appeared on RT over the last four years. The names are carefully arranged in seven categories, including US politicians, UK politicians, European politicians and so on, and are arranged in alphabetical order. The list mentions the shows the guests appeared on, the total number of their appearances, and gives hyperlinks to all the relevant episodes.

The report states that appearing on the network is counterproductive and makes the guest a “useful idiot” to a “hostile foreign power.” Expressing one’s opinion on RT is considered by the NGO as equivalent to “complicity with the Russian propaganda machine.”

Although the list looks like a really thorough effort at cataloguing all of the RT guests, it’s got a number of strikingly weird blunders. For example, UK Foreign Secretary Boris Johnson is there, but only the link attached leads to a satirical show featuring someone impersonating him. Meanwhile, US Senator John McCain’s daughter is mistaken for the senator himself and “Politicking with Larry King” is unexpectedly referred to as “Politicking with Larry David.”

The report generally claims that RT is “an instrument of hostile foreign influence,” which has the sole purpose of “undermining public confidence in the viability of liberal democracy.”

It repeatedly discourages any public figures from potentially appearing on any of RT’s shows in the future, as those on the list are accused of boosting RT’s “credibility as a legitimate news network.”

The report asserts the opposite in no uncertain terms. It constantly describes RT as the “Kremlin’s mouthpiece” tasked with no less than destroying the western civilization and society from within.

It does not mince words calling RT “a second-rate news network with an abysmal reputation and dubious audience numbers” as well as “the Russian propaganda machine” and a “disinformation tool.”

However, it eventually gets so much enmeshed in its own allegations that it starts to contradict itself. The paper claims that RT’s influence on its western audiences ranges from “minimal to modest,” yet almost immediately says that the news network’s “specific effects” on its viewers “should be a research priority for all organizations and governments interested in countering the Kremlin’s disinformation campaign.”

It further says that Russia’s “disinformation campaign,” which includes RT’s activities, poses a “security hazard” that “should not be taken lightly,” and adds at the same time that it is “imperative” not to “overinflate” the threat of RT.

The report was prepared by Monika Richter, who is described as an analyst at the European Values Think-Tank who works specifically for the “Kremlin Watch Program” – a project aimed at “exposing and confronting instruments of Russian influence and disinformation operations focused against Western democracies.” Richter also cooperates with the Atlantic Council – a US-based think tank, which is known for its staunch anti-Russian stance.

The European Values Think-Tank was founded as an NGO in 2005 and is located in the Czech Republic. It claims to be a neutral, not-for-profit organization aimed at defending democracy and not linked to any political force.

However, its annual report reveals that one-quarter of its funding comes from various governmental actors, including the US and the UK embassies, the Czech government and several EU structures, such as the European Parliament and the European Commission as well as their subordinate bodies. According to the same report, the NGO receives most of its funding from a large number of private donors. Its biggest single donor is George Soros’s Open Society Foundation, which covers almost 10 percent of its funding.

George Barda, an environmental activist and social justice campaigner, called the report “disappointing” and “a piece of propaganda.”

“The reality is that dissident voices in the UK only rarely get into the mainstream media … and RT has been the only news network providing a regular platform for them. Much of this report is incredibly disappointing and it is clearly not even pretending to give any kind of serious consideration to the other side of the argument. It is a fairly standard piece of propaganda,” he said.

Do the author of this report and the politicians in the UK and the US really think that [such people] as Robert Kennedy Jr., Yanis Varoufakis, the former Foreign Minister of Scotland, Alex Salmond, or the former mayor of London are just ‘idiots’?” Afshin Rattansi, the host of RT’s “Going Underground” show said. “Of course, they are not and this is incredibly insulting,” he said, calling the report a “McCarthy atavism.”

He went on to say that the supporters of the anti-Russian campaign first criticize Moscow for allegedly censoring journalists and then suggest doing exactly the same in the West, thus revealing the inconsistency in their own views.