For some reason, Arminka Helić from Gračanica in Bosnia and Hercegovina is a baroness, now called Lady Helić, and she is even a member of the House of Lords in the UK parliament. In a recent op-ed in Politico, she was an advocate for very aggressive policies against Serbia, wanting a “robust NATO response in the Balkans”…. Well, Lady Helić has a fancy title as a baroness, but she is nothing but a terrible warmonger.

See my video response above.

I wrote the following email to Lady Helić:

According to Wikipedia, Helić has “advised numerous Conservatives in opposition and government from 1998 building up considerable expertise,” and apparently she is “one of the most impressive foreign policy experts in the Government.”

In Politico, she wrote the op-ed We need to talk about the Western Balkans, she is calling for NATO expansion to include Bosnia and Hercegovina and Kosovo, which is not a recognized country in the United Nations.

What Lady Helić is doing is to call for the destabilization of the Balkans. She does not realize that a NATO membership for Bosnia and Hercegovina would be impossible because half of the population there are Serbs, and they would never accept NATO membership.

And for Kosovo, this is of course not possible because Kosovo and Metohija, which is the full name, is an important part of Serbia.

Lady Helić does not realize that Russia is not weak like they were in 1999, and Serbia is a lot stronger with excellent anti-missile and anti-aircraft protection. This kind of aggression against Serbs would not be possible today without risking a big war, a war that NATO would lose.

We must challenge these dangerous globalists wherever we find them.

Hilary Clingon, Nikky Haley, the Rice sisters, Vitoria Nuland, Madeleine Albright, Maggie Thatcher and the list is endless of female warmongers. And now this one in the Lords!!!!!! And we think women are the gentle ones??????? 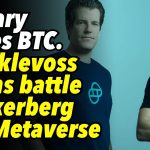