More excerpts from “Crooked” Hillary Clinton’s new book, ‘What Happened’ are making the rounds on the interwebs.

The latest insider election secret that HRC is revealing details how then US President Barack Obama assured Hillary she had won the US Presidency the night before Trump trounced her in the electoral college…take out the millions of votes Hillary won in California and the popular vote would have also tipped in Trump’s favor.

24 hours before telling her that she had to concede to a victorious Trump, Hillary wrote that Obama whispered to her…

The kicker is that Hillary’s husband, former President Bill Clinton told his her:

Not clouded by ideology and all those “feelings”, Bill Clinton saw the writing on the wall…his wife as a terrible, if the not the worst, politician of all time.

After her defeat to Trump, HRC wrote…

“I was numb. It was all so shocking.”

Hillary Clinton got an election-eve assurance from President Barack that turned out to be historically fake news when he told her the election was in hand, the failed nominee writes in her new memoir.

The nation’s first black president gave a hug to the woman he believed would break another historical barrier and carry on his legacy during their last night campaigning together at a packed outdoor evening rally in Philadelphia.

‘You’ve got this. I’m so proud of you,’ Obama told her, Clinton writes in her new memoir, ‘What Happened.’

Just hours later, Obama was counseling Clinton to concede on election night, Clinton writes, in a portion of the book reported by CNN. He didn’t want her to drag out the angry and prolonged campaign.

I am so guilty of Schadenfreude (and loving every second of it).

I had to look that up. And yes, I’m guilty of Schadenfreude too. I wonder if its a psychiatric condition?

No. Just a German expression. Relax, it’s not infectious.

Its basically the same meaning as using the word “Karma”

I know…..I STILL glow with pleasure when I hear the Liberals whine.

Hillery fooled you into believing she was a liberal?

I absolve you, my Son. Laugh your ass off.

Rumour has it that angela merkel is tired of the political life and is reading the book with great focus and attention.

Rumour has it she’s not going to win her election either. I have it on ‘great authority’ and I’d almost bet a bottle of wine on it. But the main thing is, who is going to win in Germany?

so no need to read the killary book 🙂

I don’t follow German politics closely, but have been kind of surprised from the little I overhear, that she is a “shoe-in”. But then like the USA, UK, France, Germany also seems a rigged bullshit system for plutocracy rather than a democracy. A choice there between corporate arse-licking tweedledumbs so to speak.

Looks like someone’s a little worried about that rumour…..
https://on.rt.com/8mho
……Getting ready to declare the election results invalid?

The Germans are still doing well economically. It’s not the sort of environment where voters throw the bums out and elect new bums.

All printed free, all reviewed glowingly, all remaindered.

This loose cannon is determined to bury the Democratic Party.

There so cute together. Perhaps they can share a cell. 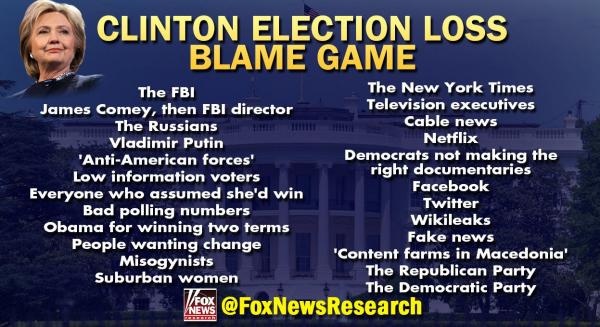 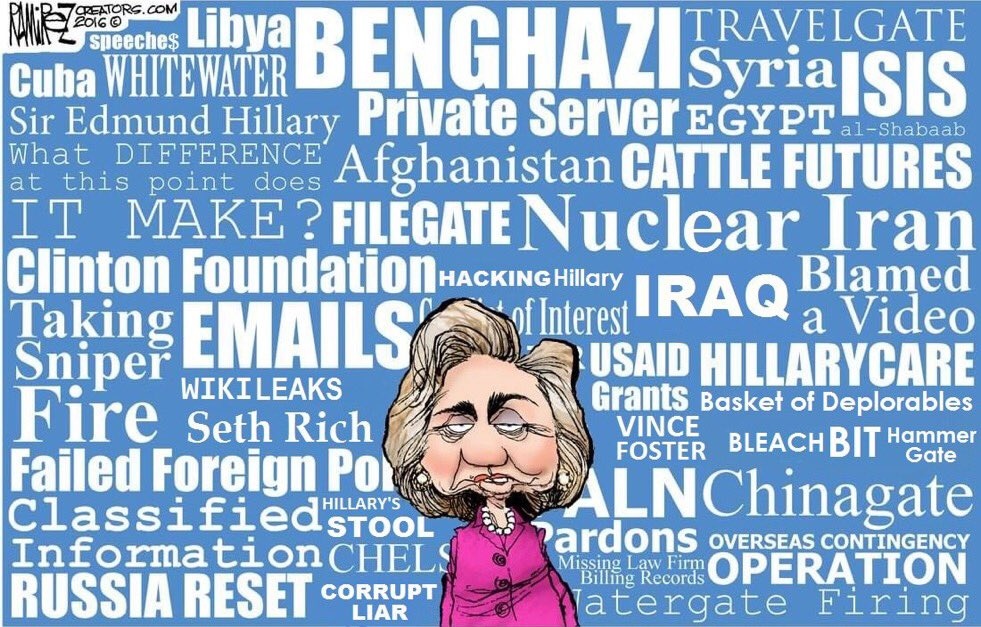 Love it. All valid reasons too when you consider what she was actually like.

Have a good laugh…its Friday!

I was under the impression they despised each other !!

Once the deep state drew him into the cover-up of 9/11…they were best friends.

Yet another thing Obama was wrong on

Actually it was the mossad that promised her the presidency when she helped them set up President hubby for sextortion with the Jewess Monica. That is when the plan to “attack 7 countries in 5 years” (aka Oded Yinon plan) was put at the top of the Pentagon…while we all watched the President infidelity show. Her deals were not small….they are treasonous, including that “unifying event” on 9/11. She was a key facilitator as NY Senator. Twice they have failed to deliver her what was promised for helping deep state set up hubby. Bush just carried out the plans….all put… Read more »