Only hours after the latest US illegal bombing of Syria, the Syria presidency official twitter account posted a video that shows President Bashar Assad arriving for work.

The short video, which lasts six seconds, shows Assad in a suit and with a briefcase walking into the entrance of an unnamed building.

The tweet says in Arabic: “The morning of resilience.”

The video was posted on Saturday morning after the US, UK, and France launched a missile strike against Syria, for what is now appears to be a UK sponsored chemical weapons false flag.

Will Trump and his warmonger White House staff meet the same fate as previous leaders who tried to “regime change” Syrian President Assad. 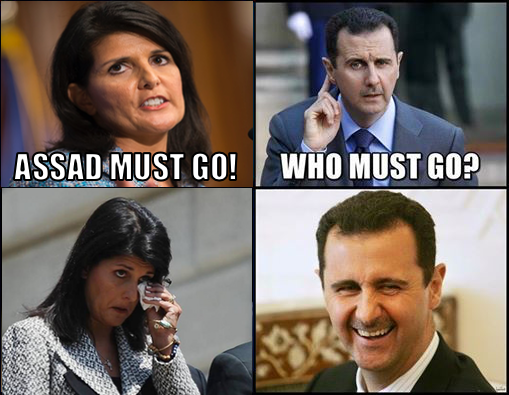