On Tuesday, senior executives from the big three tech giants, Google, Facebook and Twitter, appeared before a Senate Judiciary subcommittee chaired by Republican Lindsay Graham and came up with stunning revelations regarding Russia’s election meddling on social media.

Social media giant Facebook said that Russian ads comprised only .004% of the newsfeed during the election.

Democrats were claiming Russia ads on Facebook helped flipped the election away from Hillary to Trump…all .004% of those ads. 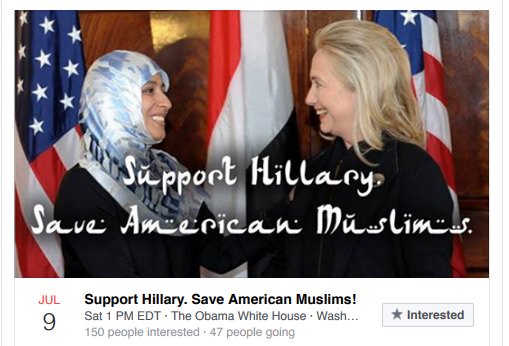 Facebook executive Colin Stretch told the US Senate Judiciary Committee that the total number of those illegitimate ads are a drop in the ocean — less than 0.004 percent of all content — or about 1 in 23,000 news feed items.

There goes that narrative.

-Russian Facebook ads comprised only .004% of total content.
-90% of the ads didn’t even target either candidate. pic.twitter.com/UlmBSW2TCC

RT reports on the busted up Facebook “Russia ads” narrative…

The Gateway Pundit further reports that on Wednesday afternoon, the House Intelligence Committee released a sampling of Facebook ads linked to Russia. One of the ads released was a sponsored post for the Nov. 12 anti-Trump march at Union Square against Trump in New York City after the election. 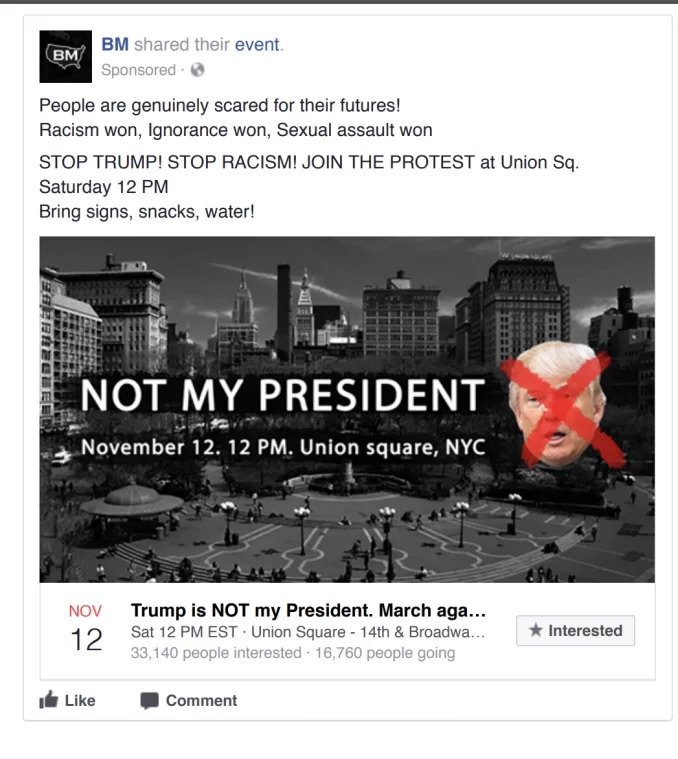