A new Reuters report confirms that social media censorship is taking a chilling geopolitical effect, as Facebook has been revealed as a top donor to the Atlantic Council, alongside Western governments, Gulf autocratic regimes, NATO, various branches of the US military, and a number of major defense contractors and corporations.

In May Facebook announced that it was outsourcing much of its political “fact-checking” to the Atlantic Council, the PR arm of NATO, and more specifically, four individuals within the Atlantic Council will form a “Digital Forensic Lab (DFR Lab)” so as to help the billion dollar tech giant spot those pesky Russian election meddling trolls…because God knows, Facebook simply does not have the money or know-how to hire its own team of “fact checkers”, something that a platform of Facebook’s size would naturally do in house as it formulates its editorial position.

The team of four total individuals running the Atlantic Council’s Digital Forensic Research Lab (DFR Lab) will be lead by a former National Security Council advisor for the last four years of the Obama administration, Graham Brookie, who is also its founder.

This is not at all comforting: during a week that’s witnessed Alex Jones’ social media accounts taken down by Facebook, Apple, Spotify and Google, and what appears to be a growing crackdown against alternative media figures including several prominent Libertarians, notably the Ron Paul Institute director, and the Scott Horton Show, who found their Twitter accounts suspended — we learn that the Atlantic Council is directly advising Facebook on identifying and removing “foreign interference” on the popular platform.

While the initiative was initially revealed last May through an official Facebook media release, more details of the controversial think tank’s role have been revealed.

Supposedly the whole partnership is aimed at bringing more objectivity and neutrality to the process of rooting out fake accounts that pose the threat of being operated by nefarious foreign states.

Facebook is using the group to enhance its investigations of foreign interference. Last week, the company said it took down 32 suspicious pages and accounts that purported to be run by leftists and minority activists. While some U.S. officials said they were likely the work of Russian agents, Facebook said it did not know for sure.

Pages were removed even while Facebook, under its own admission stated “it did not know for sure” if the pages were the work of “Russian agents” (whatever that even means anymore).

The Facebook-Atlantic Council alliance reportedly springs from the social media giant’s finding itself desperate for outside “neutral” help after a swell of public criticism, mostly issuing from congressional leaders and prominent media pundits, for supposedly allowing Russian propaganda accounts to operate ahead of the 2016 elections.

And in perhaps the most chilling line of the entire report, Reuters says, “But the lab and Atlantic Council bring geopolitical expertise and allow Facebook to distance itself from sensitive pronouncements.” This is ostensibly to defuse any potential conflict of interest arising as Facebook seems a bigger presence in emerging foreign markets.

Facebook’s chief security officer Alex Stamos recently told reporters, “Companies like ours don’t have the necessary information to evaluate the relationship between political motivations that we infer about an adversary and the political goals of a nation-state.” He explained further that Facebook would collect suspicious digital evidence and submit it to “researchers and authorities”.

Since at least May when the relationship was first announced, the DFR Lab has been key to this process of verifying what constitutes foreign interference or nefarious state propaganda.

But here’s the kicker. Reuters writes of the DFR Lab’s funding in the following:

Facebook donated an undisclosed amount to the lab in May that was enough, said Graham Brookie, who runs the lab, to vault the company to the top of the Atlantic Council’s donor list, alongside the British government.

Facebook employees said privately over the past several months that Chief Executive Mark Zuckerberg wants to outsource many of the most sensitive political decisions, leaving fact-checking to media groups and geopolitics to think tanks.

Facebook has defended the process as part of ensuring that it remains politically neutral, yet clearly the Atlantic Council itself is hardly neutral, as a quick perusal of its top donors indicates.

Among the DFR Labs partners include UK-based Bellingcat, which has in the past claimed “proof” that Assad gassed civilians based on analyzing YouTube videos and Google Earth. And top donors include various branches of the US military, Gulf sates like the UAE, and notably, NATO.

The Atlantic Council has frequently called for things like increased military engagement in Syria, militarily confronting the “Russian threat” in Eastern Europe, and now is advocating for Ukraine and Georgia to be allowed entry into NATO while calling for general territorial expansion of the Western military alliance.

Further it has advocated on behalf of one of its previous funders, Turkish dictator Recep Tayyip Erdoğan and gave a “Distinguished International Leadership” award to George W. Bush, to name but a few actions of the think tank that has been given authorization to flag citizens’ Facebook pages for possible foreign influence and propaganda.

Quite disturbingly, this is Mark Zuckerberg’s outside “geopolitical expertise” he’s been seeking

The silicon Valley seems to regard us as if we were aliens and seem to want total control
what we can listen to ,what words we can and can not say. Zuckerberg stole FaceBook from some people who trusted him. They proved that in court.

No doubt with a little help from their friends?

They are not only “teaming up with NATO”, they are teaming up with the various departments of the US government who have been given millions under the “Foreign Propaganda and Disinformation Law” passed in Dec. 2016. 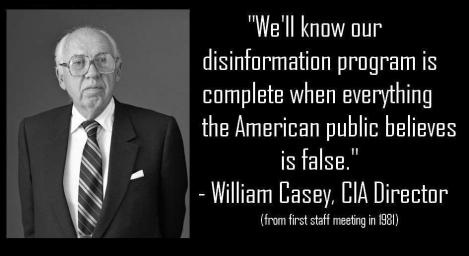 Facefuckbook… InyerFacebook. That was all I needed to know. That and the genetic identity of Trotskyite psychopath Oligarch, Suckerberg.

Atlantic Council is AIPACked with the same tribe.

Remember all those Free Soviet Jews who came to America in the 70s and 80s? Just who did you you think they were?

Screw NATO: NATO wants to take on RUSSIA?! (and maybe China) NATO cannot defend it’s own people at HOME. NATO cannot beat ISIS-AlQueda-Taliban-AlNusra NATO families will be raped & murdered as NATO Troops fight far from home. NATO installations will be sabotaged by Refujihadi Invaders. NATO Troops should turn their weapons on their ENEMIES that are betraying them. NATO defeated itself by being invaded and overrun by the REFUJIHADIS from the wars NATO started but can’t FINISH …………. THAT has to be a FIRST in all history. Waffling and ranting about the Russian threat whilst the real enemy sits in… Read more »

How much is US intelligence outsourced to the private sector? 80% – So now we will have Belingcat and General Harding, plus friends, flagging “propaganda”. There again I thought Soros, NATO, Google, plus the Atlantic Council, were already doing that?

This is exactly the kind of thing I was hoping for from the widespread adoption of the internet, the blossoming of consciousness in all its variability and forms. The more we question and tune in to the actual sources of conflict the more informed we become as a species. To remove these voices would be denying someone there process and ultimately tailoring there identities to a rhetoric. I think were better than that, and should be. I’m an optimist on this issue and think they, meaning Facebook, will do the right thing. This is the kind of mindset that allowed… Read more »

Why are you using youtube? Just for the money!?!

Facebook teams up with NATO to censor the news! – how many more reasons does anyone need to stop using Facebook?. I don’t use social media – I never have and never will. I don’t even own a smart phone!.

wpDiscuz
12
0
Would love your thoughts, please comment.x
()
x
| Reply
We use cookies to ensure that we give you the best experience on our website. If you continue to use this site we will assume that you are happy with it.Ok