One of the great problems surrounding Facebook is that the wider public, the political elite and Facebook’s own corporate regime, do not know whether Facebook is a telecommunications tool or an ideological private sector platform, albeit one with close connections to the public sector.

In a just world, Facebook would be run and regulated like a telecom organisation, a mere technical conduit which connects individuals, no different than the phone companies of the 1950s.

However, as it stands, Facebook promotes various political agendas, censors and exploits those whom it disagrees with and now, Facebook’s co-founder Mark Zuckerberg has stated that he is personally invested in investigating how “Russia” used Facebook to “meddle in the US Presidential election”.

While Facebook’s ideologically driven fanatical founder seeks to insult the people of Russia and threaten the dignity of the Russian Federation, the real story is not about Russia, but about Facebook itself.

If Facebook really is to be regulated like an ideological platform rather than a telecom company, such things cuts both ways.

This is why Facebook should be prosecuted for helping to foment the illegal, blood-soaked 2014 coup d’état in Kiev, a coup which has brought an outlaw fascist regime to power whose mafioso leadership continues to wage a war of ethnic cleansing against the people of Donbass.

During the Winter of 2014, multiple Facebook ‘groups’ were set up by the bandits and criminals who came to the Maidan in Kiev in order to foment violence against police offices, civilians, politicians and property.

Additionally, many so-called NGOs, including those funded by George Soros paid Facebook to promote various propaganda videos in favour of overthrowing the legitimate President of Ukraine, Viktor Yanukovych.

In Andrei Soldatov and Irina Borogan’s “The Red Web”, Facebook’s vital role in helping to coordinate and orchestrate the Maidan coup is well documented. While the authors apparently grasp little of the political implications, their writing is instructive from the perspective of understanding just how wide and deep Facebook’s roll was in helping various groups of scoundrals to orchestrate coordinated assaults on police that involved the use of weapons, heavy machinery and the provision of gas masks which were delivered to hooligans in an orderly fashion.

It is thought that the US State Department which was caught financing the bandits on Maidan played a large role in disseminating multi-lingual including English language propaganda to various groups and pages on Facebook.

If Facebook was just a telecom company, none of this would matter. When criminals use a telephone to coordinate a bank robbery, no one faults AT & T, or whomever the phone company might be. But if Facebook seeks to ‘investigate’ whether or not Russians placed advertisements relating to the US election on Facebook, something which in and of itself is a peaceful exercise of free speech, then it becomes necessary to investigate Facebook’s use by individuals, NGOs and governments in the fomenting of an illegal coup in Ukraine.

If Facebook thinks it can play God, simply because of its high level of market proliferation, it should think again. No one is above the law. Facebook must be taken to task for helping to bring a regime of genocidal fascists to power, a regime whose killings have not paused since 2014 and continue to this day.

fascistbook is being ditched by a lot of users

Oddly the rot had set in many years ago (before the Kiev Coup), it is now accelerating and justly so.

but subscribed to by a lot more.

Including me. I ditched it a couple of months ago. Zuckerberg is a hypocrite.

Say it ain’t so Little SUCKENBERG the commie helping the CIA to bring down another country !!

I remember a video, ‘I’m a Ukrainian’, spread widely on Facebook, purporting to be an individual’s grassroots plea for the overthrow of the Yanukovich government. It emerged that it was produced in US by a Soros group.

The bitch was the daugher of a junta politician. “I am” is a psy-ops style tactic. People who do Yoga style affirmations with “I am (a confident happy person) etc” are especially susceptible to propaganda by its usage.

You know about NLP, neuro-liguistic programming? A big part of that is the study of such tricks.
It’s worth knowing about, to protect yourself, because those bastards have certainly studied it.

In the 60 Minutes interview he made it clear that he’d liked that Nazi job, taking the other Jews’ stuff, pretending to be a Christian.

I never cared for Facebook and never will. Zuckerberg might be very rich but he is also very wet behind the ears. Prick!

I don’t like the idea of spying on yourself for the US database.

I don’t have a crystal ball or any such gadget, but…from the first day on that Facebook made it’s debut, I said this is a venue to spy on us. Et voila…

Facebook is disgusting, vile propaganda. I’ve been banned for 30 days TWICE. Once for stating the Christian view on the aggressive promotion of homosexuality to minors. And once for stating UK govt stats on the incidents of sexual assault by male homosexuals vs heteroseuxals. I also got a ban for saying that calling false allegations of racism as “deranged”. And a ban for saying the US meddled in Italian justice to get murderer Amanda Knox freed. Finally Zuckerberg promised Angela Merkel he would look to censor posts about Muslim immigrants sexually assaulting white women. The site is clearly run by… Read more » 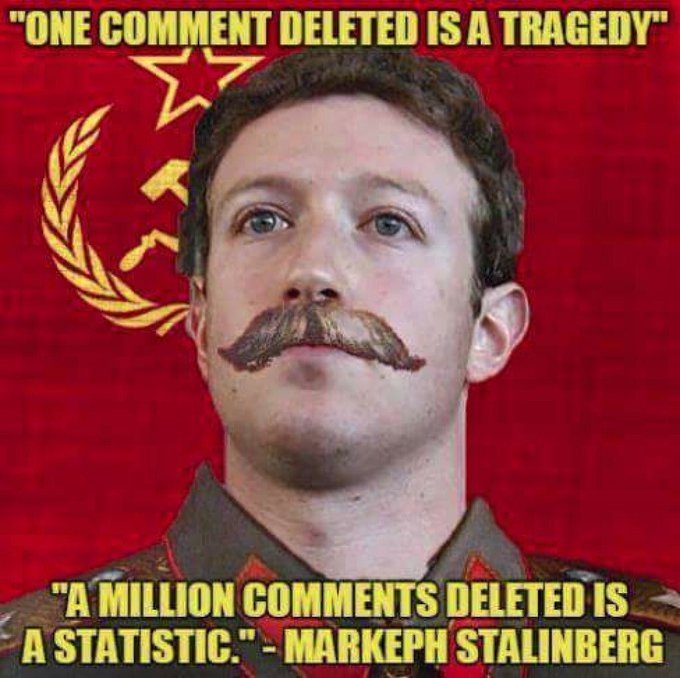 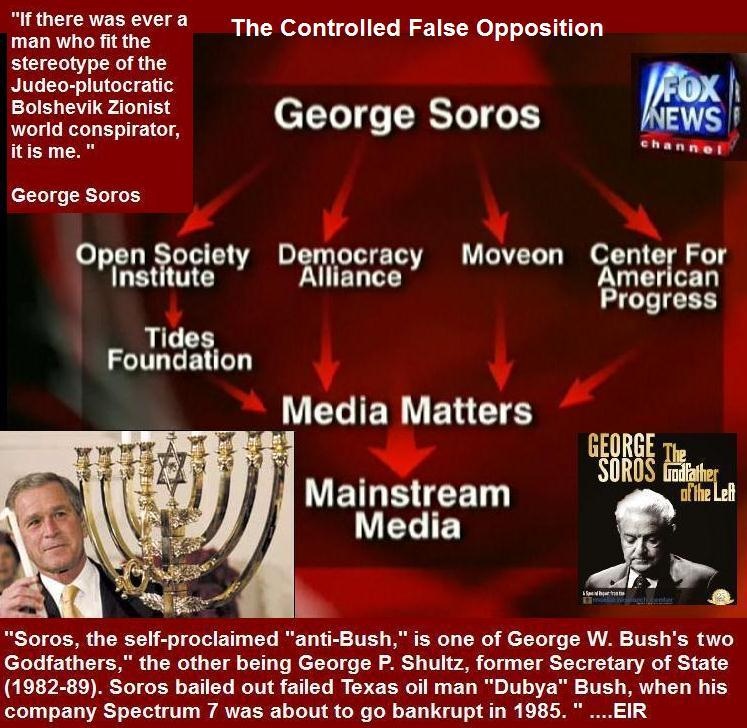 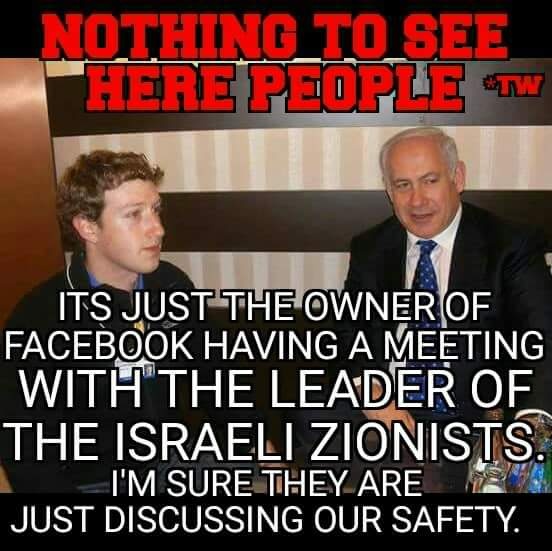 It was not just Facebook. It was the BBC and all mainstream channels and media outlets, before the coup we could not get Maidan off our screens. Afterwards, when Poroshenko waged war on his own people, the news of more wanton murders of innocents than the Israelis perpetrated against Palestinians in 2014 the BBC and others remained silent. When it came to the shooting down of passenger plane MH17 a BBC reporter in Russia interviewed residents who claimed to have seen a fighter jet (or fighter jets) shadowing MH17. This report appeared on the BBC but was quickly taken down.… Read more »

The author is correct on all counts. Farcebook also got itself temporarily blocked in Turkey, and some other countries which were experiencing turmoil, if memory serves. Farcebook probably had a hand in assisting the Muslim Brotherhood in Egypt and terrorist gangs in Syria. We will never know until a terrier is dispatched into this rabbit hole.

FB was the means to organize the Egyptian color revolution at Tahrir Square. That was in support of Muslim Brotherhood and recall, Obama was intensively involved via FB. A total CIA overthrow of the government. And then it stirred the Bahrain students who Saudis slaughtered.

Strangely FB is mad at 100 000 $ ad that Russia would have bought and modified the US election. Can anybody reminds me the budget of the ads in such an election ?

The budgets of the two main parties could virtually end poverty in America, I would think. Or provide free health care to all!

Therefore Russia are PR geniuses or FB is insulting us by considering we are that stupid.

Suckerberg is a US Gestapo collaborator and, as a Zionist Jew, an enemy of the US and all other people except Jews. Remember this? “I am a Jew and as a Jew my first allegiance is to the state of Israel.” Jonathan Pollard, Israeli spy in US military at his sentencing hearing.

As Fuzzbook is another agency of the US Gestapo and would, at worst, be investigating itself, we all know what the outcome will be.