Another “Russia-Trump collusion” story has been fully debunked in extraordinarily embarrassing fashion for Facebook, Democrats, New York Times, and of course for whining “Crooked” Hillary.

The infamous $100,000 Facebook ads that supposedly lead to Hillary Clintons defeat at the hands of “Kremlin linked” users have been leaked, and reveal the ads to be showing support for Hillary.

Now the narrative changes from “$100,000 in Russian sponsored FB posts helped defeat Hillary”, to “not even $100,000 in Facebook posts in support of Hillary could win her the White House”.

Zerohedge reports on the embarrassing news, that will go unreported in much of the mainstream media…

Less than a week after Facebook agreed to turn over to Congressional investigators copies of the 3,000-odd political advertisements that the company said it had inadvertently sold to a Russia-linked group intent on meddling in the 2016 presidential election, the contents of the ads have – unsurprisingly – leaked, just as we had expected them to.

Congressional investigators shared the information with Special Counsel Robert Mueller’s team, which has repeatedly allowed information about its investigation into whether members of the Trump campaign actively colluded with Russian operatives to leak to the press. Once this happened, we knew it was only a matter of time before the ads became part of the public record.

And, shockingly, descriptions of the ads provided to the Washington Post hardly fit the narrative that Democratic lawmakers have spun in recent weeks, claiming the ads – which didn’t advocate on behalf of a specific candidate, but rather hewed to political issues like abortion rights – were instrumental in securing Trump’s victory.

After initially denying the story this spring, Facebook came clean earlier this month, saying its investigators had discovered that the company sold at least $100,000 worth of ads – and possibly as much as $150,000 – to Russia-linked group that bought the ads through 470 phony Facebook pages and accounts.

The Washington Post reluctantly reports that the “Russian ads” represented issues on both sides of the ideological spectrum, proving that the ad buyers did not intend to support a specific candidate, but rather support various, diverse political agendas.

The batch of more than 3,000 Russian-bought ads that Facebook is preparing to turn over to Congress shows a deep understanding of social divides in American society, with some ads promoting African-American rights groups including Black Lives Matter and others suggesting that these same groups pose a rising political threat, say people familiar with the covert influence campaign.

The Russian campaign — taking advantage of Facebook’s ability to simultaneously send contrary messages to different groups of users based on their political and demographic characteristics – also sought to sow discord among religious groups. Other ads highlighted support for Democrat Hillary Clinton among Muslim women.

Of course, support for Hillary Clinton among minority groups was less enthusiastic than it was for Barack Obama, suggesting that the ads perhaps weren’t as effective as some Democratic lawmakers would have voters believe. Despite the innocuous description, WaPo insisted on reporting that the ads were meant to “sow discord” among different voting blocs that supported Clinton. The paper of record also reported that the targeted messages “highlight the sophistication of an influence campaign slickly crafted to mimic and infiltrate US political discourse”…again without explaining exactly how they accomplished this.

“These targeted messages, along with others that have surfaced in recent days, highlight the sophistication of an influence campaign slickly crafted to mimic and infiltrate U.S. political discourse while also seeking to heighten tensions between groups already wary of one another.”

Yet, WaPo reports that the “nature and detail” of the ads has bothered investigators at Facebook and the Justice Department, as well as those working on behalf of the Congressional committees that are conducting independent investigations. The House and Senate Intelligence committees plan to begin reviewing the Facebook ads in the coming weeks.

Now that the entire narrative that the Facebook ads were aimed at destroying Hillary Clinton, has fallen completely apart, liberals are scrambling to reframe the fake news as some sort of “sophisticated effort” by Russia to “sow chaos” among US voters which would then indirectly lead to a high Trump voter turnout.

Very sophisticated plan indeed…and the complex plan was perfectly executed for only $100,000.

The Washington Post ran quotes from Sen. Mark Warner and Rep. Adam Schiff, two of the most vocal Russia haters in Congress, describing the ads as part of a sinister plot to undermine America’s pristine democratic process.

“Their aim was to sow chaos,” said Sen. Mark R. Warner (D-Va.), vice-chairman of the Senate Intelligence Committee. “In many cases, it was more about voter suppression rather than increasing turnout.”

The top Democrat on the House Intelligence Committee, Rep. Adam Schiff of California, said he hoped the public would be able to review the ad campaign.

“I think the American people should see a representative sample of these ads to see how cynical the Russian were using these ads to sow division within our society,” he said, noting that he had not yet seen the ads but had been briefed on them, including the ones mentioning “things like Black Lives Matter.”

The WaPo did not publish photos of the Facebook ads, which according to Zerohedge most likely mean that “whoever leaked the story probably figured that once readers see the ads and realize they’re indistinguishable from the rest of the political ad copy running on Facebook, voters will quickly lose interest.”

With little else to cling to, it appears that investigators – not to mention Trump’s critics – have invested so much in the Facebook interference narrative (not to mention Paul Manafort’s dealings with pro-Russian oligarchs), that admitting they were wrong would just be too damaging.

If the $100,00 in FB ads can “sow chaos” by appealing to both sides of the political and social divide, then imagine what CHAOS the billion dollar plus budgets of the major campaigners was able to achieve by doing the same thing. I suppose the rise of Antifa is a good example.

That is beyond pathetic.

Lol desperate liberals (commies) but I repeat myself

It is not yourself that you are repeating but the ideas of the fascists on the US right who not only promoted war with the Soviet Union and carries out serial genocides from Latin America to south east Asia but ruined all hope of decent lives for billions of people while bringing the planet to the verge of destruction.
Sad that people like you are repeating their evil and idiotic slogans. In fact Liberalism and Communism are at opposite poles politically, and you are clearly a liberal.

What’s funny about demonstrating ignorance about fascism? It suggests you’re one of those liberals.

Oh those sneaky Ruskies! With only $100,000 they were able to sow such chaos in the US! I’m impressed with their skills.

According to members of the Duma, the US will be spending one billion dollars on trying to disrupt the Russian elections next year and will probably not succeed in doing much – some marches, some protests, some arrests but nothing to write home about. 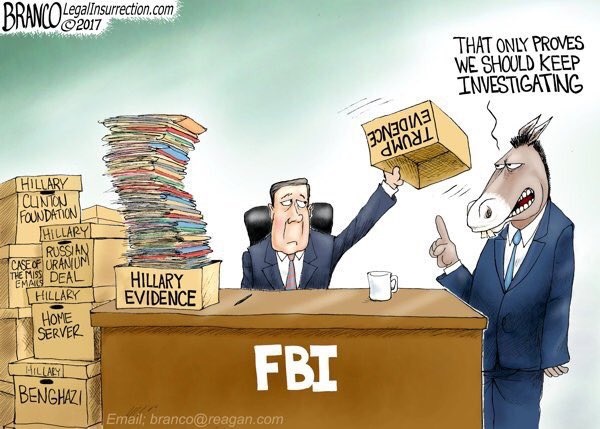 Does this mean we can’t trust Facebook? Aaaaaaahhhhhh, say it ain’t so….

LOL even Hillary’s Russian buddies couldn’t buy her the presidency.

The complete gullibility of the US Senate and the US Congress illustrates the low level of education the election polls sarch for, and find!

The mainstream media obviously searches out its ‘journalists(?)’ in like fashion……..

Maxine makes my point even better! Ten years in office on a “low” salary living in a 4 $ million mansion in Beverly Hills? Simple graft will get you there. “Girl” silence can keep you there longer.

Desperately scraping the bottom of the barrel to find something to whine about.
So pathetic I’m stunned they’re not hiding in embarrassment.
In advertising, $100,000 doesn’t buy you much, so whoever bought these ads wasn’t much or a player, or even very convinced or convincing.
As usual, it’s inversion. Get in an accusation so that when YOU do it, it will seem like tit-for-tat when and if you are accused. Normal US tactics.

Now who didn’t already know this? The vagueness on the part of Facebook about the content of the ads, the lack of extreme outrage, there were all kinds of hints that the ads were trying to help Hillary. Besides, the Russians certainly have a better ability to blackmail her than they do the President. It was obvious from the beginning that if the Russians had been trying to help President Trump, there would have been headlines screaming outrage from day one. Sure blows a hole in the Russia/Trump Collusion thing, doesn’t it? That whole investigation has now been proven to… Read more »