According to Keep Talking Greece, Erodgan’s son, Bilal, who plays an important role in Turkey’s politics went even further and described the Europeans as “gavur” (indifels). The comments come after 12-year-long accession talks with Brussels grind to a halt.

“We will not be the side which gives up. To tell the truth, we don’t need EU membership anymore.”

Erdogan continues to bash Europe, knowing full well that when push comes to shove, and Europe’s migrant problem flares up once more thanks to a deliberately porous Turkish border, Angela Merkel will most surely run to Turkey to kiss the ring of the Sultan. 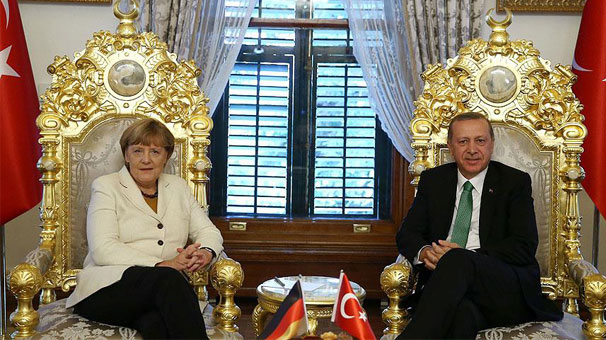 Until then, mocking Christian Europeans, or at least what’s left of them, has become a family affair.

Turkey’s 12-year-long accession talks have ground to a halt, with the EU especially critical of Ankara’s crackdown following a failed coup last year. Tens of thousands of people including teachers and journalists have been detained.

Erdogan’s government says EU states failed to appreciate the gravity of the threat which Turkey faced, and did not respond to requests to extradite coup suspects.

“The EU failed us in a fight against terrorism,” Erdogan said on Sunday, though he also suggested the bloc still needed Turkey.

“If the EU is going to leap forward, there is only one way to do so. And it is to grant Turkey membership and start an action of cultural and economic growth,” Erdogan said.

German Chancellor Angela Merkel said in an election debate last month it was clear Turkey should not join the EU and entry talks should end, despite it being a crucial NATO ally.

His son Bilal Erdogan lashed out against against the European -the West- way of life in general and and called “gavur” (infidels) those Turks who “wear clothes, watch films, listen to music and eat Western food.”

“In this country, nothing was allowed to be done nationally. Now, we produce our own aircraft, our tank, our rifle. […]. Why are we looking for these infidel attitudes? […] We are the grandsons of an ancestor with swords, rides, arrows, ” Erdogan’s son stirred told a crowd of western-suits wearing men.

The term Gavur  infidel  in English – is an offensive term, a slur, historically used in the Ottoman Empire for Christians, such as Orthodox Christians in the Balkans (non-Muslims).

Good Luck, then, all the way back to Ottoman times with Janissary costumes and fake mustaches… 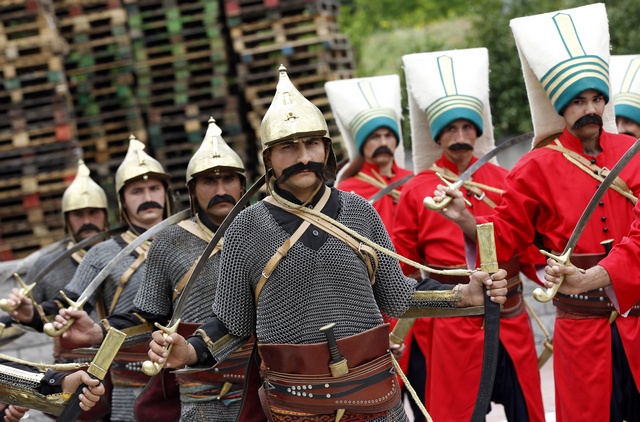