Great news for Military Industrial Complex. Trump’s Afghanistan war strategy boils down to increasing the bombing campaigns in the region. Simple strategy, but is it effective?

Via Stock Board Asset…

According to the report, “September marked a record high month for weapons employed in Afghanistan since 2012, with 751 munitions being delivered against Taliban and ISIS –Khorasan targets; a 50 percent jump from August”.

The more active air-war reflects the President’s strategy to target extremist groups that threaten the security of Afghanistan.

Defense One adds, U.S. leaders say there’s more to come. Gen. John Nicholson, the top U.S. commander in Afghanistan, promised “a tidal wave of air power is on the horizon.”

We suspect, President Trump, Warmonger-in-Chief, has just reignited a trend that the military industrial complex is very satisfied about. 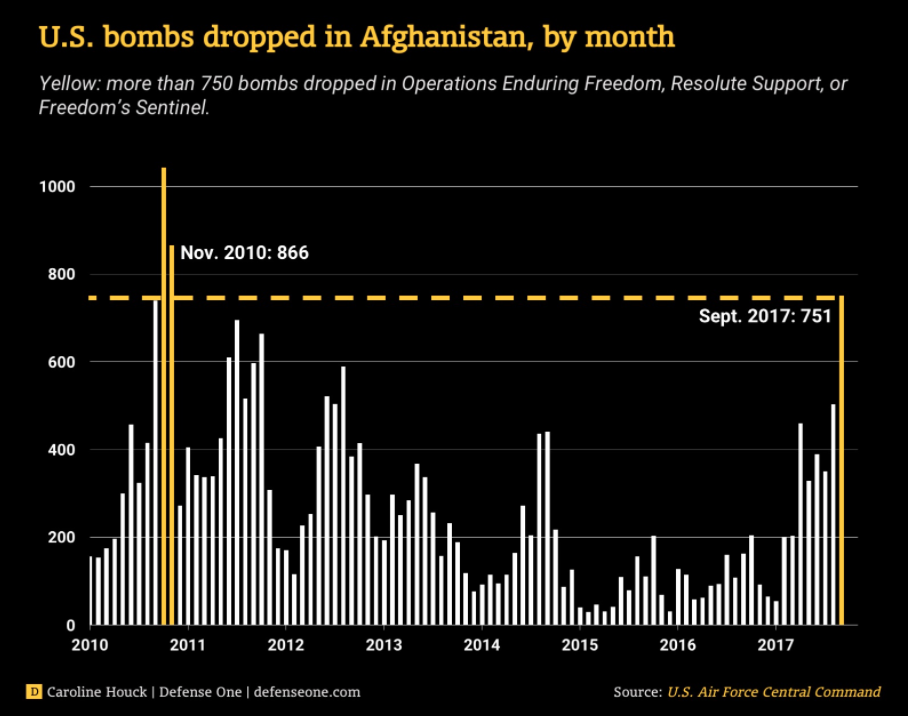