Here is a fact you will rarely hear in all the reports about America’s invasion and 16 year occupation of Afghanistan: The Taliban has surrendered multiple times, but the United States has rebuffed them.

The Intercept’s Ryan Grim, reported on the Taliban’s numerous attempts to surrender to the United States, and how the US leadership consistently turned down the Taliban’s overtures in favor of more war and occupation.

For centuries in Afghanistan, when a rival force had come to power, the defeated one would put down their weapons and be integrated into the new power structure — obviously with much less power, or none at all. That’s how you do with neighbors you have to continue to live with. This isn’t a football game, where the teams go to different cities when it’s over. That may be hard for us to remember, because the U.S. hasn’t fought a protracted war on its own soil since the Civil War.

So when the Taliban came to surrender, the U.S. turned them down repeatedly, in a series of arrogant blunders spelled out in Anand Gopal’s investigative treatment of the Afghanistan war, “No Good Men Among the Living.”

Only full annihilation was enough for the Bush administration. They wanted more terrorists in body bags. The problem was that the Taliban had stopped fighting, having either fled to Pakistan or melted back into civilian life. Al Qaeda, for its part, was down to a handful of members.

So how do you kill terrorists if there aren’t any?

Simple: Afghans that the U.S. worked with understood the predicament their military sponsors were in, so they fabricated bad guys. Demand has a way of creating supply, and the U.S. was paying for information that led to the death or capture of Taliban fighters. Suddenly there were Taliban everywhere. Score-settling ran amok; all you had to do to get your neighbor killed or sent to Guantánamo was tell the U.S. they were members of the Taliban.

Doors would be kicked in, no questions asked. The men left standing became warlords, built massive fortunes, and shipped their wealth abroad. “We are not nation-building again,” President Donald Trump declared Monday night. Well, we never were, unless building high-rises with looted cash in Dubai counts.

After a few years of this charade, after their surrender efforts were repeatedly rebuffed, the old Taliban started picking up guns again. When they were driven from power, the population was happy to see them go. The U.S. managed to make them popular again.

Liberals then spent the 2008 presidential campaign complaining that the U.S. had “ignored” Afghanistan — when, in reality, the parts of the country without troop presence were the only parts at peace, facing no insurgency against the Afghan government, such as it was. Then President Barack Obama came in and launched a surge in troop levels while simultaneously announcing a withdrawal — coupled with a heightened focus on night raids, relying on the same system of unreliable intelligence that had netted so many uninvolved people already.

And now Trump says he has a new and better strategy. He says the U.S. needs to get Pakistan more involved — except, of course, Pakistan’s intelligence service has been propping up the Taliban for decades.

This is of course normal for the Americans… They only want to stay in Afghanistan in order to continue the low intensity war there to destabilize Russia and China in theior back yards and sabotage the New Silk Road… The US IS THE WRECKER in the world today…While China builds, the United States bombs, kills and destroys… The US only want to create chaos in the world in order to stop anyone else rising to global power… But this is now clear for everyone to see…The Evil US Empire is naked… And the US will gradually get kicked out of… Read more »

It is the US government that wants war. Not the citizens of the US. We want to live in peace and be at peace with the world.

Then are you saying that the President does not represent the American People?

In which case, you do not live in a democracy….

What’s wrong with you/ We can’t control the Deep State as citizens. All we can do is vote and try to get our voices heard.

That is what it would take to change things, a revolt.

You need a lesson in democracy? It means 51% get to fuck the other 49% up the arse and look out if you’re in a fringe minority. It’s also the most easily corruptible political system going which should be obvious by now. So the answer is no, the POTUS does not represent the people – 20% of them at best. The non-aligned sacrifice to collectivism at the altar of this abomination called democracy. The citizen has no choice in a rigged system – so you jump straight to revolution. Well then, organise the ejection of the US Embassy in your… Read more »

That is exactly what I am saying. We no longer live in a democracy.

Well kick out your governement FFS…

Well f.ck=ing well do something about it. There is no excuse for inaction in the face of such darkness.

The very existence of American exceptionalism as a mode of thought prevents them understanding people from different cultures.

I’m sorry but this is simply not true. Bush started talks with the central government and the Taliban and the Taliban with the Pakistanis kept changing terms with Pakistan moving away from their cooperation with the USA in the region. Then the Obama administration offered the Taliban 5 geographic areas of complete control if they integrated into the central government but they knew the USA was going to pull out and refused once again. To pretend that the USA is the big monster here is delusional. 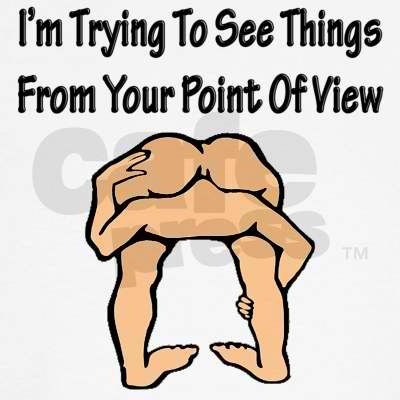 Nope, it’s not working. Clearly we can see who the delusional one is, then.

I don’t trust anything that comes out of Dore’s mouth. I want proof that the Taliban surrendered multiple times.

Actually, this was an intricate & detailed story that dragged on for at least 2 years, when Mullah Omar hadn’t been seen and his life or death was uncertain… US Govt. kept it secret. So, there was split in a principal Taliban family, one group opened an office in Doha, Qatar, and my impression was, this was the “fake taliban” office. Also 2 British spies were involved in payments and disinformation, one man’s last name was Semple. I’d need to dig deep into my older URL’s to reassemble the story; but it was fascinating over 2-3 years’ time.

As I understand it, Japan tried to surrender several times but was turn down because the septic tanks needed to drop their new nuclear bombs to show everyone just how big and “honourable” they were. Err .like what a really big shit they could expel as the new “kings of the castle”. Not only that, the Septic Tanks, triggered the bombs to go off at 2000 feet, to ensure their message was adequately read. God bless Australia and the UK to lap dog this obscene culture.