With more excerpts from her “What Happened” book hitting the internet, Hillary Clinton supporters are openly wishing that the Queen of the swamp would just go away.

The Hill reports that an HRC fundraiser said that he wished “she’d just shut the f**k up and go away.”

Not everyone was so charitable. Even some of Clinton’s allies have grown weary of her insistence on re-litigating the 2016 campaign at a time when the Democratic Party is looking to forge a new identity in the age of Trump.

“The best thing she could do is disappear,” said one former Clinton fundraiser and surrogate who played an active role at the convention. “She’s doing harm to all of us because of her own selfishness. Honestly, I wish she’d just shut the f— up and go away.”

Progressive media analyst Jimmy Dore, points out that Hillary Clinton’s new book is filled with lies and finger pointing, pinning the blame for her pathetic election defeat on Russia, Comey, sexism, and most notably Bernie Sander.

Here are the photos of Hillary Clinton and the “creepy” Donald Trump.

Back when he was just a billionaire real estate developer, Hillary and Bill were more than happy to attend his wedding in anticipation of getting some big donation cash floated their way.

Clinton’s will do anything for money. 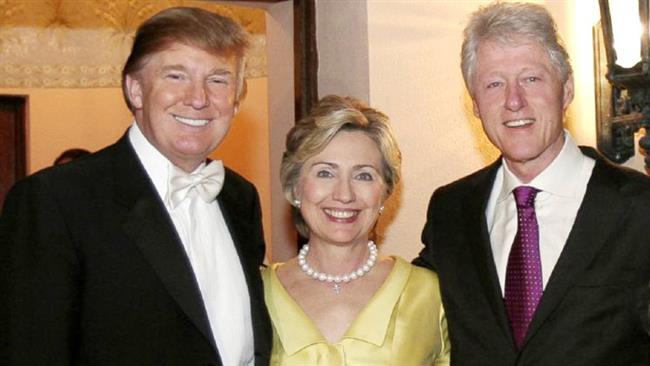 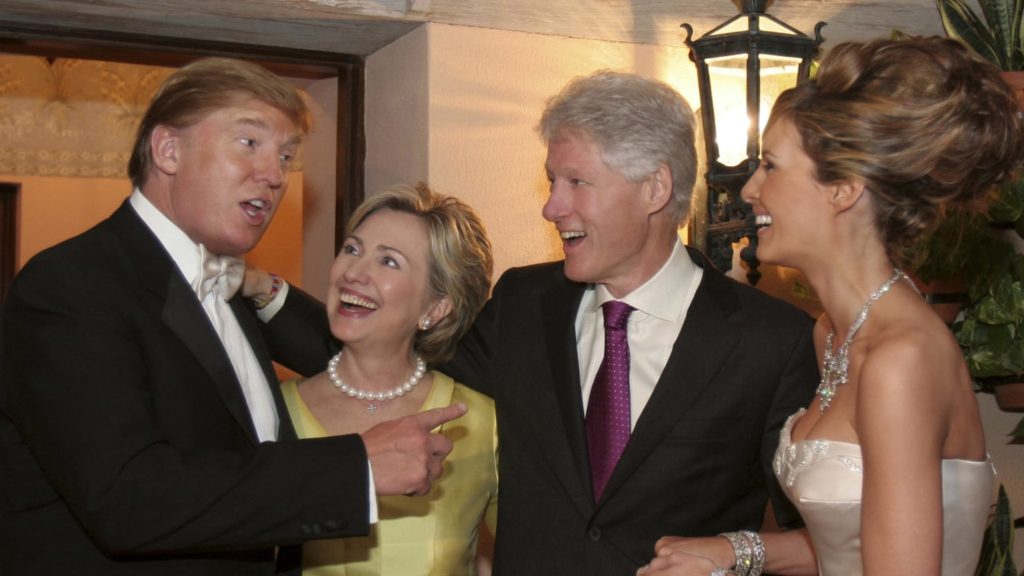 I second that. Next stop: the graveyard.

@ Daisy, re: “she’d just shut the f**k up and go away.” NO!!! NO NO NO NO NO NO NO NOOOO!!!! She needs to stand in front of a Congressional Inquiry and and explain the MASSIVE voting anomalies that occurred in electorates that recorded huge margins in HER Favour and were shown to have ‘recorded votes’ in excess of the total number of people registered to vote in that electorate. Clinton also needs to be held to account and questioned over the PRIVATE discussion Bill had on the tarmac in his PRIVATE plane with that Justice girl whoever she was.… Read more »

We saw her lying to the Congress too many times. Couldn’t stand watching her lying one more time. As in Monty Python sketch “This parrot is no more! He has ceased to be! He’s expired and gone to meet his maker! ‘He’s a stiff! Bereft of life, ‘e rests in peace! If you hadn’t nailed him to the perch he’d be pushing up the daisies! ‘Is metabolic processes are now history! He’s off the twig! ‘He’s kicked the bucket, shuffled off ‘is mortal coil, run down the curtain and joined the bleeding choir invisible!! THIS IS AN EX-PARROT!!!”

Congress does not have any mechanisms to ensure accountability. The leadership of this country is in no way accountable and does not face risk for bad decisions.

A photo of Ahab, Jezebell, with the court jester.

How about they all just shut the F up and go away.

Democratic primary voters have said exactly that in both 2008 and 2016.

Twice she thought she was entitled to the nomination. Both times, Democratic party members rejected her. The second time, she cheated and rigged the process so she got it anyways. And the American people still told her to shut up and go away and was even willing to chose a disgusting liar like Trump to keep her out of the White House.

Meh, we hate the people who run the news. Trump trolling them is what we want.

Hillary’s dementia is not an isolated peculiarity; she represents the vast mindset of the detached, imperial globalist dementia that lately hasn’t been met with the usual open-door policy that it once enjoyed. The world has pretty much had it with their reckless bravado and insolence to international law, (any law, for that matter) but it falls on deaf, imperial ears. Now that they’ve kicked Bannon out, the dream of the economic nationalists is pretty much nixed and Trump is left hanging in the breeze, his time coming on the chopping block. But no! On second thought, why not continue with… Read more »

“She’s doing harm to all of us because of her own selfishness.” Meaning inevitable and innate selfishness? And always blaming others. I am narrowing down to a psychopathic narcissist.