Today, a bus load Syrian Arab Army (SAA) soldiers has come under attack on the road to the west of Daraa, with reports of one killed and eight injured. Tuesday, a Russian-backed deal went into force in Daraa, ending months-long tension between the Syrian Arab Army (SAA) and local terrorists there.  In late July, clashes of artillery began between the two sides.  The city in the south of Syria, on the Jordanian border, had been in military conflict which held the civilian population in peril, resulting in residents fleeing the situation.

The Russian military police entered Daraa al-Balad neighborhood to evacuate terrorists who refused to lay down their arms and receive amnesty from the SAA.  Terrorists on Tuesday night boarded buses to take them to Afrin in the north of Syria, as part of the deal. Those armed fighters who have received amnesty, and laid down their weapons, will remain in the city.

Once the terrorists are removed, the SAA will enter the area, and life will return to normal for the residents who had become hostages.  Thousands of residents who had fled the fighting will be assisted by the SAA to return home, and government institutions such as medical care will be made available, and free public schools are set to resume in mid-September.

Daraa al-Balad neighborhood is home to about 40,000 people, and it had become a critical situation with extreme challenges getting access to food and power.

The UN Office for the Coordination of Humanitarian Affairs (OCHA) placed the number of internally displaced people in Daraa al-Balad area and surrounding areas in province at 38,000, including almost 15,000 women and over 20,400 children.

Violence broke out in March 2011 in Daraa, which began the 10-year conflict in Syria.  The SAA freed Daraa in 2018 in a Russian-brokered deal which saw terrorists and their families being evacuated to Idlib, and some remaining fighters worked out a deal with the SAA, by which they would peacefully man some checkpoints inside Daraa al-Balad, while the SAA would man other checkpoints.  However, the deal fell apart over time because the fighters repeatedly targeted the SAA using snipers on motorcycles. By July, open fighting between the two-sides began.

Turkey occupies Afrin, and uses their militia, Syrian National Army (SNA) to keep the local population in subjugation. The SNA, despite its name, is not Syrian administered, but is under the Turkish military control, and are mercenaries following Radical Islam.

Turkish charities operate in Afrin distributing food to Syrian Arabs who have been shipped in to displace the original population which was a mixture of Kurds, Christians and Arabs.

Turkey conducted Operation Olive Branch on Jan. 20, 2018, to clear Afrin from the militia known as YPG, who is part of the US-supported SDF militia who fought to defeat ISIS.  By March 18 Afrin had been ethnically cleansed by Turkey.

Since 2016, Turkey has launched a trio of invasion operations across its border in northern Syria:  Euphrates Shield in 2016, Olive Branch in 2018 and Peace Spring in 2019. The goal is to create a Turkish administered border swath, which Turkey originally tried to sell to the West as a ‘safe-zone’, but is actually a Muslim Brotherhood safe haven.

Recently, the SNA abducted a number of civilians in Afrin.  The battalions named, “al-Jabha al-Shamiya” and the “Sultan Murad Division” have imposed a crippling siege on the locals as they have raided the citizens’ houses and kidnapped more than 30 civilians and took them to an unknown destination.

The sources added that the abducted persons have been exposed to the worst forms of abuse, torture and insults since they have demanded to restore their properties which have been seized by the Turkish occupation mercenaries.

History of ethnic cleansing in Afrin

The National Initiative for Afrin in the German city of Bonn stressed the coordination and unification of efforts working for Afrin and its people, and confronting the Turkish occupation and its mercenaries, and the safe and dignified return of the forcibly displaced residents of Afrin. This initiative aims to expose Turkey’s violations against residents of Syria’s Afrin to international institutions and human rights organizations participating in the initiative.

After Turkey’s invasion of northern Syria, the fighters it sent across the border to carry out the mission have documented their own war crimes. Videos posted online by soldiers of the Turkish-backed SNA showing summary executions, mutilation of corpses, threats against Kurds and widespread looting have struck terror into the population.

The ethnic dimension to many of the crimes has resulted in a mass exodus of Kurds and religious minorities from these once diverse borderlands, and created a dramatic demographic change.

Recep Tayyip Erdogan, the Turkish president, claimed his invasion of Syria was aimed at removing the Kurdish-led Syrian Democratic Forces (SDF), a group Turkey classifies as a terror organization for its links to the PKK, and YPG. Turkey has supported the operation with airstrikes, drones and artillery.

Since the invasion began, the SNA has captured a swathe of territory that was home to a large population of Kurds, and smaller numbers of Assyrians, Yazidis and Turkmen. The same area faced massive upheaval when ISIS swept across northern Syria. Tal Abyad was occupied by the terror group for more than a year before being recaptured by the SDF.

Christian families have all been forced to leave their homes as the SNA made public threats to kill them, referring to them as pigs and heathens.  The SNA have uploaded their videos targeting Christians, and non-Sunni Muslims.

A widespread campaign of looting and confiscation of Kurdish property has made clear Turkey and their SNA militia want to keep Kurds out. Human Rights Watch said it had documented numerous examples of Kurdish homes being confiscated and their possessions looted.

More than 130,000 mostly Kurdish residents are still displaced from Afrin, living in camps in the SDF-held region of northeast Syria. Many of their homes are now occupied by Syrians from other parts of the country.

NATO has been criticized for allowing a member state, Turkey, to carry out large scale ethnic cleansing in Syria.  However, since the war in Syria beginning in 2011 was a US-NATO project for ‘regime change’, NATO is not complaining to Turkey, who was their partner in the 10-year war.

On Tuesday, an explosion killed eight Al Qaeda terrorists, and wounded 10 others, in Idlib.  The terrorists were meeting when the blast occurred.  Russia and Turkey have a ceasefire deal in Idlib, but it does not cover Al Qaeda. According to the UN, all nations must fight Al Qaeda, wherever they are.  However, Turkey occupies Idlib and supports the Al Qaeda branch there, Hayat Tahrir al-Sham.

Turkey currently hosts nearly 4 million Syrians; however, most of the Syrian refugees in Turkey today are Sunni Muslims. Erdogan plans to resettle the Syrian refugees in the border area under Turkish military occupation, and it will permanently alter the demographics. This area stretching from Idlib province to Afrin will become a safe haven for terrorists aligned with the Muslim Brotherhood and Al Qaeda. 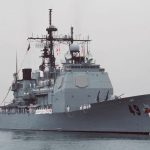