The Syrian Defense Forces (SDF) in the northeastern region of Syria have raised up the Syrian flag which represents the government in Damascus for the first time in years.  The SDF have been partnered with the US military in the fight against ISIS, but are now facing an even bigger and existential threat from Turkey.

On Jul 18, in the northern countryside of Aleppo, two terrorist mercenaries working for Turkey, were wounded which resulted in clashes between militias working for Turkey against the united forces of SDF and Syrian Arab Army (SAA).

Ilham Ehmed, chair of the Syrian Democratic Council, stated recently in Raqqa that the SDF had “become a force to be reckoned with”. This speech showed the SDF was weighing a political solution that would integrate the SDF and the SAA given the new Turkish threat of further invasion and occupation of the Kurdish northeast.

The SAA and the SDF are coordinating together on permits to pass through checkpoints held between the two groups.

The Autonomous Administration of North and East Syria (AANE) is called Rojava by the Kurds. To prevent the total collapse of the institutions there, the only option remaining is to repair its relationship with the Syrian government in Damascus, which could protect the AANE from a threatened increased Turkish incursion. The leaders of the AANE know that the US sees Turkey as its ally, and are not going to drop Turkey as an ally in favor of the SDF.

On Saturday, the SAA sent military reinforcements to Manbij through al-Tayha crossing, and an eyewitness from Abu Kahf village, 30 km north of Manbij, said that eight vehicles loaded with two field artillery, rocket launchers, ammunition and personnel entered from al-Tayha crossing and headed towards the front lines in Manbij.

The reinforcements come within the coordination between the SDF and the SAA, with Russian backups, to deploy government forces along the front lines extending from al-Hoshariya village, northeast of Manbij, to al-Arima district, west of Manbij.

Hours later, the SAA brought in reinforcements to the border strip with Turkey in the countryside of Derbasiyah north of Hasakah.

In 2019, Turkey invaded Syria, but later signed two ceasefire agreements, one with Russia and the other with the US stipulating ceasing all hostilities and the withdrawal of the SDF 32 km away from the Turkish border. The SDF did withdraw from the border areas according to the agreement, but Turkey continued targeting the area.

On July 15, the SDF Commander in Chief, Mazloum Abdi, said “We accepted that the SAA fortifies its posts in Kobani, Manbij and border areas in order to carry out its task to protect Syrian border, and we will do what is needed to avoid war against our areas.”

“We are eagerly awaiting the tripartite meeting that will bring together Turkey, Russia, and Iran on July 19, and we believe that other parties will not allow Turkish forces to launch their attacks against our areas,” he said.

Experts agree that Biden will not accept a new Turkish incursion into Syria, because at this time he stresses the importance of coherence in NATO.

Turkish forces with support of Radical Islamic militias have launched four major military operations in northern Syria since the Syrian war started in 2011, taking control of areas along the border in what it says is a bid to “protect its national security” and its frontier.

Hours after the statement of General Abdi, the SAA were stationed near al-Arima, on the al-Sajour line in the Manbij countryside, east of Aleppo. The Syrian Observatory for Human Rights (SOHR) reported heavy weapons took up positions, and 3 tanks and 3 rocket launchers were deployed to protect SDF areas from Turkish assault.

General Abdi said on Friday, “We have given the forces of the Damascus government to deploy in our areas, and they have quality and heavy weapons, and it is their duty to defend the Syrian territories.”

Turkey has launched two offensives against Kurdish fighters in Syria since 2018. It alleges that Syria’s main Kurdish militia – the People’s Protection Units, or YPG – are allied with the Kurdistan Workers’ Party (PKK), an armed group fighting for the increased rights of Kurds in Turkey and viewed as a terrorist organization by Ankara. The YPG, a backbone of the SDF, has led the fight against Islamic State (ISIS) militants in partnership with the US.

The Iran-Turkey-Russian summit today in Tehran

A trilateral summit has brought the presidents of Russia, Iran and Turkey together in the Iranian capital Tehran, and will focus on the Syrian issue and the Turkish planned military operation against Syria’s Kurds.

In June, the SDF said they were ready to coordinate with the SAA forces to protect Syrian territories against Turkish attacks.  The meeting was chaired by General Abdi of the SDF. “The meeting… confirmed the SDF’s readiness to coordinate with the forces of the Damascus government to thwart any potential Turkish attack and protect Syrian territories,”

In late 2018, US Special Representative for Syria James Jeffrey said they goal of the SDF should be “to become part of the fabric of a changed Syrian society.”  He urged them to repair their relationship with Damascus, because “we do not have permanent relationships with sub-state entities.”

In 2019, Jeffrey told members of the House Foreign Affairs Committee, “We don’t have a political future that we offer for [Kurds].”

The Turkish threat of expansion of their previous invasion

President Erdogan claimed that Turkish forces would ethnically cleanse Manbij and Tel Rifaat in the eastern countryside of Aleppo of Kurds, and create a 30-kilometer-deep security zone. Turkey uses Radical Islamic terrorists as mercenaries in Syria.  Residents faced with this threat have asked the Damascus government to protect them from Turkish attack. 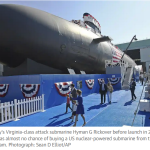