This German documentary is presented in English, but as French is the official language of the Congo, you will hear a fair amount of that spoken too, though if you can’t understand French, you will miss nothing.

If you haven’t read it, check out that idiotic 1980s essay on white privilege by Peggy McIntosh, then imagine yourself standing in one of the luxury apartments of the nouveau riche overlooking the Congo River and staring down at the fishermen eking out a living below.

There are Europeans in this once mightily troubled land, nowhere near as many as there used to be, but tribes excepted, it is largely racially homogeneous. Now go through the 26 points of the McIntosh invisible knapsack and ask yourself how many of them apply here.

If you haven’t realised it yet, the lesson is that privilege comes not from white skin but largely from money. Not all the time, and not all of it, nor does money always bring happiness, the long list of celebrity suicides is proof of that. Although there is a steadily rising middle class and ultra-wealthy class in the Congo, the vast majority of its population are still poor, some of them dirt poor. Many people, like the woman pictured above, are doing their best to change that. She runs a taxi firm, others have far bigger ambitions and have raised substantial sums overseas to bring reliable electricity supplies to the masses; a power cut is featured in this documentary.

Those of a leftist persuasion blame all Africa’s troubles on Imperialism which they claim somehow sucked the wealth out of the continent giving it nothing in return. These people are idiots, and totally ignorant of history, including recent history. Whatever problems Africa had were magnified when following independence from Britain and other Western powers these relatively stable, limited democracies were replaced by kleptocracies and outright tyrants. Rhodesia was handed over to the Marxist Robert Mugabe, who ran it into the ground, while the Congo (then known as Zaire) was plundered by Mobuto Sese Seko, who ruled for over thirty years until shortly before his death in 1997.

Now, under the leadership of Félix Tshisekedi, the Democratic Republic Of The Congo appears to be headed in the right direction, but how many “oppressed” black Americans would willingly trade places with a member of its working class? 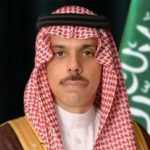 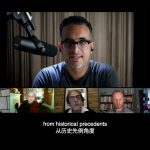