Canada’s Prime Minister, Justin Trudeau, if facing strong backlash over his governments’ decision to hand over $10.5 million ($8 million USD) to Omar Khadr, and then offer an apology to the former Guantanamo Bay prisoner.

Khadr fought against coalition forces in Afghanistan as a 15 year old boy, before being sent to Guantanamo Bay.

Trudeau was in Calgary, visiting a pancake breakfast in the morning before going to the Indian Village in the afternoon, and then attending a rodeo event. Trudeau briefly touched upon the Khadr decision, saying he hopes it serves as an example to future governments.

Trudeau said he understands why people are frustrated, but thinks the government would have lost the court case against Khadr costing the government $30-40 million.

Canadian-born Omar Khadr, 30, was convicted in 2010 by a US military commission of throwing a grenade that killed US Army Sgt Christopher Speer in 2002.

Khadr was captured at the age of 15, and spent a decade in a Guantanamo prison. Khadr was eventually repatriated in 2012 after agreeing to a plea deal to leave Guantanamo and serve his remaining eight year sentence in Canada.

Khadr claimed his confessions to US officials were made under duress and torture. In 2010, Canada’s Supreme Court ruled that Khadr was interrogated under “oppressive circumstances.”

According to the BBC, Trudeau’s decision to give C$10.5m ($8m; £6m) to the former Guantanamo Bay prisoner has proved divisive, even in his own party.

A lawsuit from US Army Sgt Christopher Speer’s widow, Tabitha Speer, is keeping the Khadr case in the spotlight.

In 2015,  a Utah judge awarded Tabitha Speer $134m in a wrongful-death suit. Payment is pending an Ontario court decision on whether the lawsuit is enforceable.

After Khadr’s settlement was announced, Mrs Speer petitioned an Ontario court to freeze his assets until the jurisdictional matters are decided in court. The Ontario judge called this request “extraordinary” and refused to grant the injunction.

Khadr has been a divisive figure in Canada from the start – some say he was a child soldier who was wrongfully imprisoned and mistreated in Guantanamo Bay.

Others, including former Prime Minister Stephen Harper, called him a terrorist and a traitor and believe that he should have been prosecuted to the full extent of the law.

Last week, the Canadian government offered an apology and a multi-million dollar settlement in recompense. Although some have applauded Mr Trudeau’s decision to settle with Khadr, many others have voiced their displeasure.

Veterans in Halifax, Nova Scotia, protested against the settlement during a city parade, and called the large sum a “slap in the face”.

“My son who served over there is now released with PTSD. He gets support from VAC (Veterans Affairs Canada), but not enough. He didn’t get $10.5 million,” said veteran Jay Tofflemire.

An online poll of 1,512 Canadians conducted by Angus Reid between July 7 and 10 found that more than 70% of Canadians thought Trudeau should have fought the settlement in court.

Most worrying for Mr Trudeau is that 61% of Canadians who said they voted for him in 2015 also disagreed with the settlement.

Howard Anglin, a former policy advisor to Mr Trudeau’s predecessor, Stephen Harper, told the BBC this decision could be turned against him in future elections.

“I can only assume they weren’t aware of how badly this would play with Canadians,” he said.

Mr Anglin said even if Khadr was mistreated in Guantanamo Bay, it’s a hard to understand why Canadian tax dollars should go towards his settlement.

“Canada’s involvement in this is so attenuated, so vanishingly attenuated, that we should not be the ones paying for this,” he said.

But other legal experts disagree.

“Blame-throwing against either the Supreme Court or the government, or both, is easy when legal and constitutional choices are in fact limited or non-existent,” Eugene Meehan, a lawyer and former legal officer at the Supreme Court told the BBC in an email.

Mr Meehan cites the case of Ivan Henry, who was awarded C$8m in 2016 at trial for being wrongfully convicted and imprisoned for almost 27 years. Although Khadr’s case is not identical, he said, it’s reasonable to guess that his settlement at trial would also be in the millions.

With legal costs defending the government’s treatment of Khadr already mounting to millions, Meehan thinks the settlement may have just been the most practical course of action.

“The practical legal bottom-line here is: pay now or wait and pay more later – the same choice we all make when deciding to go to the dentist,” he said.

Hahahahaha. You’re very funny. Amusing. Stupid people have no idea how stupid they are or how much humor they generate every time they honestly think that what comes out of their mouths is intelligent or smart. Tee hee. Keep writing. Amuse us. Hahahahaha

LOL coming from my mouth ,you don’t even know the difference between speaking and writing,intelligent Dumb A.S.S. GO TO HELL terrorist ,bon voyage. 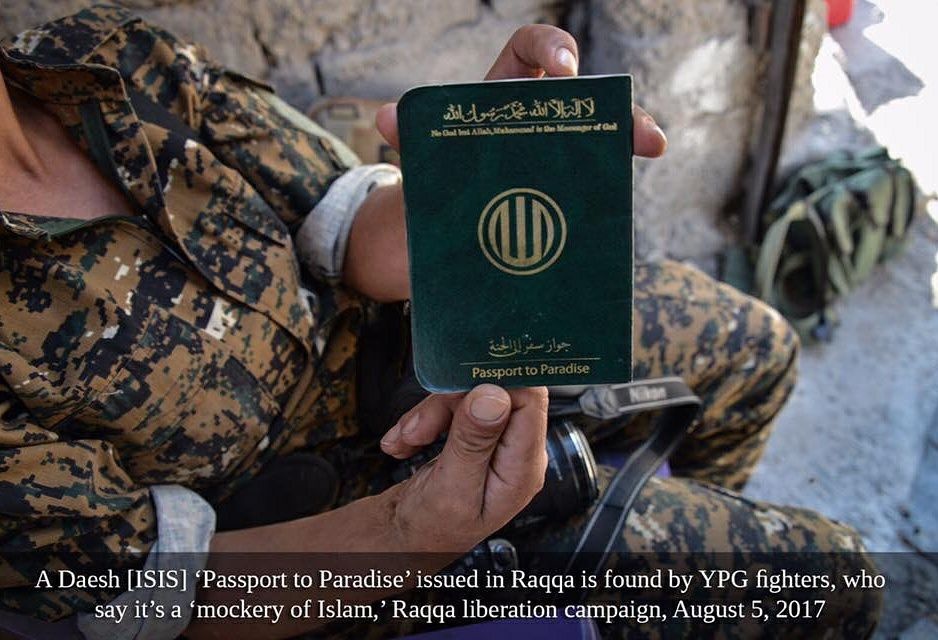 Hahahahaha. Take that back or I’ll take my marbles and go home.

have a nice trip.

i feel your pain. It must be hell to be semi-literate and having to settle for such low-wage jobs in the Israeli Cyber Force eight hours a day. Poor thing. Goodbye. Time to block you. Go troll elsewhere.