As the US media gushes in joy over having Russia banned from the upcoming winter games over bogus, politically motivated doping charges, the karma boomerang has decided to smack America’s “exceptional” olympic ethos right in the gut.

Stunning news is breaking that the US Olympic Committee, and the country’s gymnastics governing body were working together to cover up years of sex abuse and child molestation of their women’s gymnastics team.

According to a lawsuit now being revealed, U.S.A. Gymnastics paid star medal winner McKayla Maroney for her silence in the sex abuse case.

Many will remember Maroney for her smirk during the medal ceremony at the London 2012 games…which perhaps can now be explained by the sexual abuse she had endured at the hands of the team physician who was sentenced to 60 years in prison. 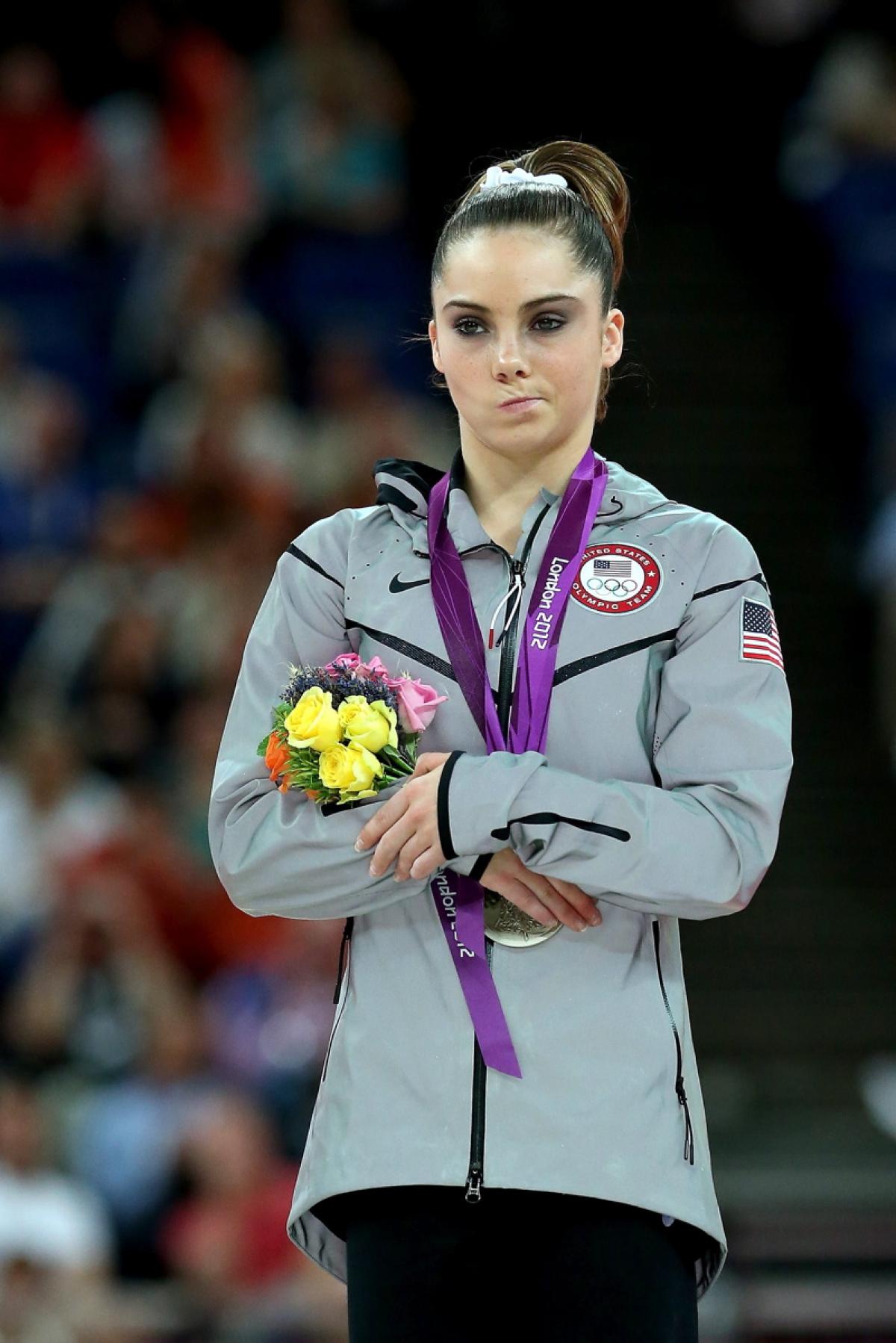 RT reports on the stunning revelations of child molestation, and the subsequent cover up by the US Olympic Committee…none of this is being reported on mainstream media channels.

Vanity Fair has more on this developing story…

Olympic gold medalist McKayla Maroney said the U.S.A. Gymnastics team paid her a settlement and pressured her to sign a non-disclosure agreement regarding the sexual abuse she and others suffered at the hands of the team doctor, Larry Nassar. The claims were made in a lawsuit filed Wednesday in Los Angeles County Superior Court. Her lawyer, John Manly, who was not involved in negotiating the original settlement, argues that the agreement was illegal as they obscured abuse of minors. The case names United States Olympic Committee, U.S.A. Gymnastics, Nassar, and his former full-time employer, Michigan State University, as defendants.

The suit alleges that the gymnast “was forced to agree to a non-disparagement clause and confidentiality provision,” which held “a six-figure liquidated damages clause over the head of McKayla Maroney and her parents.”

Manly said in a statement:

The U.S. Olympic Committee and U.S.A. Gymnastics were well aware that the victim of child sexual abuse in California cannot be forced to sign a non-disclosure agreement as a condition of a settlement. Such agreements are illegal for very good reasons—they silence victims and allow perpetrators to continue committing their crimes. That is exactly what happened in this case.

Vanity Fair further reports that U.S.A. Gymnastics struck the deal in 2016, as rumors of Nassar’s abuse began to spread. Dozens of women from the four Olympic games for which he was the women’s gymnastics team’s physician have since come forward with accusations of sexual assault, including Aly Raisman and Gabby Douglas, both members of the 2012 London Olympics’ “Fierce Five” along with Maroney.

The Wall Street Journal, reports that Maroney’s settlement was $1.25 million. Hers is the only settlement with U.S.A. Gymnastics known at this time. (Nassar has since pleaded guilty to federal child-pornography charges and first-degree criminal sexual conduct. He was sentenced to 60 years in federal prison earlier this month. Vanity Fair has reached out to Nassar’s attorney as well as Michigan State for comment.)

The U.S. Olympic Committee has denied being a part of the settlement, with U.S.O.C. spokesperson Mark Jones saying in a statement…

We were first made aware of the possibility that a U.S.A. Gymnastics physician had sexually abused U.S.A. Gymnastics athletes in the summer of 2015 when we were informed by U.S.A. Gymnastics. At that time, U.S.A. Gymnastics indicated that they were in the process of contacting the appropriate law-enforcement agencies. We are heartbroken that this abuse occurred, proud of the brave victims that have come forward, and grateful that our criminal-justice system has ensured that Nassar will never be able to harm another young woman. We are hopeful that with the U.S. Center for SafeSport’s continued education and prevention efforts, as well as their investigative and adjudicative authority, we will help ensure that tragedies like this will never happen again.

McKayla Maroney violated the settlement’s terms when she posted details about her abuse under the #MeToo hashtag.

Maroney has since deleted her social-media accounts, but she said that her abuse at the hands of Nassar began when she was 13.

“I had a dream to go to the Olympics, and the things that I had to endure to get there were unnecessary and disgusting,” she wrote. “For me, the scariest night of my life happened when I was 15 years old. I had flown all day and night with the team to get to Tokyo. He’d given me a sleeping pill for the flight, and the next thing I know, I was all alone with him in his hotel room getting a ‘treatment.’ I thought I was going to die that night.”

Maroney’s lawyer, John Manly told ESPN that the filing could expose her to a countersuit from USA Gymnastics, but he feels that it’s unlikely the organization would triumph.

“People need to understand the courage it took to put out that Twitter post. She not only was exposing her humiliating story, but she was also putting herself at legal risk.“

“[U.S.A. Gymnastics] were willing to sacrifice the health and well-being of one of the most famous gymnasts in the world because they didn’t want the world to know they were protecting a pedophile doctor.”