The Duran reported yesterday that happened over the weekend in Saudi Arabia wasn’t just a “deep state” coup or counter-coup (depending on one’s angle), but a brilliant plan straight out of the movies where an up-and-coming young leader disrupts the entire power structure in his country by jailing its top oligarchs and then redistributing their wealth to the masses via ambitious socio-economic programs.

Crown Prince Mohammed Bin Salman had to make sure that all of the targeted individuals were in the capital at the same time, which would ordinarily be very difficult to do considering that most of them likely have foreign penthouses and other better priorities than to come together on a random occasion for a cup of tea in the Kingdom.

Considering that he was dealing with oligarchs, however, Mohammed Bin Salman knew that the best way to get them all in one spot was to appeal to their inner greed, and that’s exactly what the recent tech-investment forum in Riyadh accomplished.

On Sunday the Saudi Kingdom arrested dozens of princes, senior military officers, businessmen and top officials, including a well-known royal billionaire with extensive holdings in Western companies. The regime said it was part of a sweeping anti-corruption probe.

Big…One of the world’s richest men, a vocal Trump critic, and member of the Saudi Royal family has been arrested https://t.co/91kGtssIkJ

The Duran reported that in December 2015, Saudi Prince Alwaleed bin Talal thought his paid for candidate Hillary Clinton was all but assured the US Presidency.

Here is what the Prince said about Trump back then, via Twitter…

“You are a disgrace not only to the GOP [Republican Party] but to all America.”

“Withdraw from the US presidential race as you will never win.”

.@realDonaldTrump
You are a disgrace not only to the GOP but to all America.

Withdraw from the U.S presidential race as you will never win.

Donald Trump fired back at the Saudi Prince…

“@Michael2014abc: @Alwaleed_Talal @realDonaldTrump Has your country, Saudi Arabia, taken ANY of the Syrian refugees? If not, why not?”

Prince Alwaleed bin Talal was hoping for a Hillary win, and he was not the only Saudi billionaire who pinned his hopes on “Crooked” Hillary.

Victory of Light has posted a list of the top Saudi officials arrested this weekend and some of those arrested are connected to the Podesta Group, whose founder is none other than John Podesta, Hillary Clinton’s former campaign manager, and the man behind the fake news “Russia collusion” story.

List of Saudis arrested so far in the ongoing purge. pic.twitter.com/G2qJXIenUq 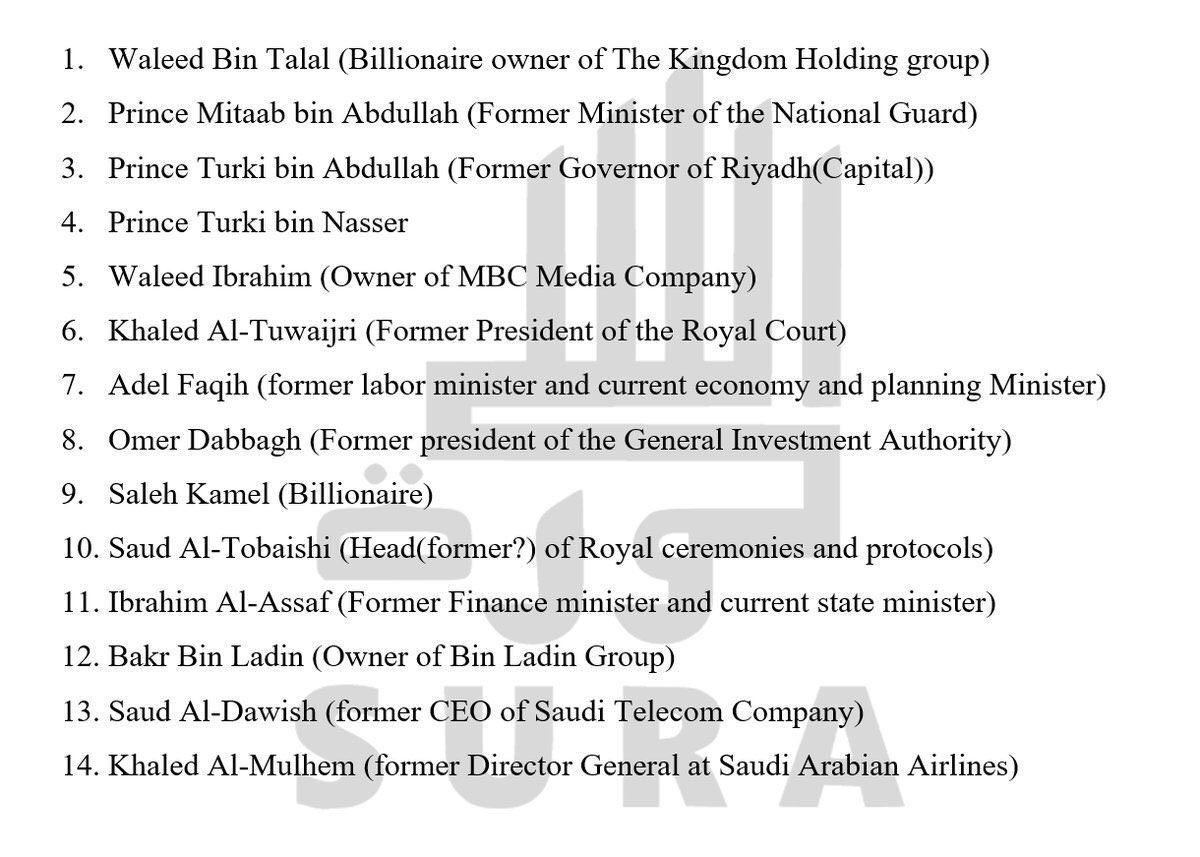 Wouldn’t it be awkward if anyone arrested in #Saudi were linked to the massive lobbying #Podesta does for #Saudi 😆 pic.twitter.com/00miqjZI7o