Wednesday, November 25, 2020: At the request of Senator Doug Mastriano, the Senate Majority Policy Committee is holding a public hearing Wednesday to discuss 2020 election issues and irregularities.

Senator Mastriano in this historic hearing. Mastriano is clear what is at risk. “Elections are a fundamental principle of our democracy – unfortunately, Pennsylvanians have lost faith in the electoral system,” said Mastriano, who recently called for the resignation of State Department Secretary Kathy Boockvar for negligence and incompetence.

“It is unacceptable.”“Over the past few weeks, I have heard from thousands of Pennsylvanians regarding issues experienced at the polls, irregularities with the mail-in voting system and concerns whether their vote was counted,” said Mastriano.

“We need to correct these issues to restore faith in our republic.”  “We want assurance that the issues encountered during this past election don’t happen again,” said Chairman Argall.  “Senator Mastriano requested this meeting because Pennsylvanians deserve a fair election.”   LIVE: Pennsylvania State Legislature Holds Public Hearing on 2020 Election  Subscribe to RSBN for more LIVE streams and Breaking NEWS: http://bit.ly/2gDGbkh

Thanks to THE DURAN for your brave and always highly intelligent comments!   Here something interesting to the US-election 2020: Please watch: “HOW TRUMP WINS” – http://www.thetruthseeker.co.uk/?p=220872 (direct upload from Bitchute: https://www.bitchute.com/embed/F18PaMzwG81I/)   You can think of Brother Nathanael what you want. But he makes several interesting points: He says that – relating especially to Pennsylvania, Michigan, Wisconsin – “these state legislators have their OWN right to appoint their OWN slate of electors INSTEAD of the electors selected to award Biden the win”   And: “If the US House rejects Pence’s choice it goes to a House vote on January 6th… Read more »

MEET SIDNEY POWELL’S EXPERT THAT TUCKER WOULDN’T INTERVIEW-BUT I DO! [FLYNN/GIULIANI/SHARPIEGATE] Excerpts from an interview with Patrick Byrne who is working with both the Trump Team and with Sidney Powell. Byrne explains what he has been working on in support of Powell that are included in the above summary of the full interview. You will probably have heard of all these machinations to steal the election. Byrne is apparently working with both the Trump Team and with Powell and bringing in the technical expertise which is providing the technical analysis that is an essential part of the evidence needed to prove the… Read more » 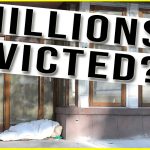 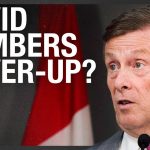