Aside from Mr. Soros’ endless supply of cash to causes near and dear to the Clinton machine’s heart, like open borders, regime change, and endless war, Soros also controls the voting machines in 16 US states.

The Daily Caller has uncovered that George Soros, and many of the top brass in his Open Society Foundation, are deeply connected to U.K.-based voting technology company Smartmatic.

According to Smarmatic’s website, “In less than one year Smartmatic tripled Sequoia’s market share” and “has offered technology and support services to the Electoral Commissions of 307 counties in 16 States.”

Among the “case studies” that Smartmatic lists on its website as examples of its work are Venezuela, where it has been facilitating elections since 2004 when it “won a bid to provide Venezuela with a reliable voting system.”

It also lists Cook County, Illinois as another success story, when in “in 2006, Smartmatic signed what at the moment was the largest election automation contract in US history.” Cook County includes Chicago and its suburbs, a geographic zone that has historically and lately been subject to criticism for voter fraud.

The chairman of Smartmatic is Lord Mark Malloch-Brown, who sits in the British House of Lords and on the board of George Soros’s Open Society Foundations. He was formerly the vice-chairman of Soros’s Investment Funds and even the deputy secretary-general of the United Nations when he worked as chief of staff to Kofi Annan.

In addition to a close relationship with Soros, Malloch-Brown has worked with consulting firms that are well-connected to Bill and Hillary Clinton. He was an international partner with the Sawyer-Miller consulting firm and was a senior adviser to FTI Consulting.

Jackson Dunn, who is a senior managing director with FTI Consulting, spent 15 years in Washington where he worked as an aide to President Bill Clinton and Sen. Hilllary Clinton.

Smartmatic has already encountered controversy in the ongoing presidential contest. It ran the online balloting for the Utah Republican caucus last March, when many critics said it was impossible to secure personal electronic devices that are used to register and vote.

If you have any doubt that this entire US election is not completely rigged and stacked towards the accession of Queen Hillary, then stop doubting…and start preparing for the most corrupt politician to hold the office of the president in, what is has become, the Banana Republic of the United States of America.

Is the SCOTUS planning to take up Voter ID in the Fall before the elections? I sure hope so, because you can rest assured we are going to experience voter fraud on a scale never before seen in American politics. We need to start now trying to defend against it every way we can…..for starters, get rid of every SOROS – OWNED electronic voting machine! 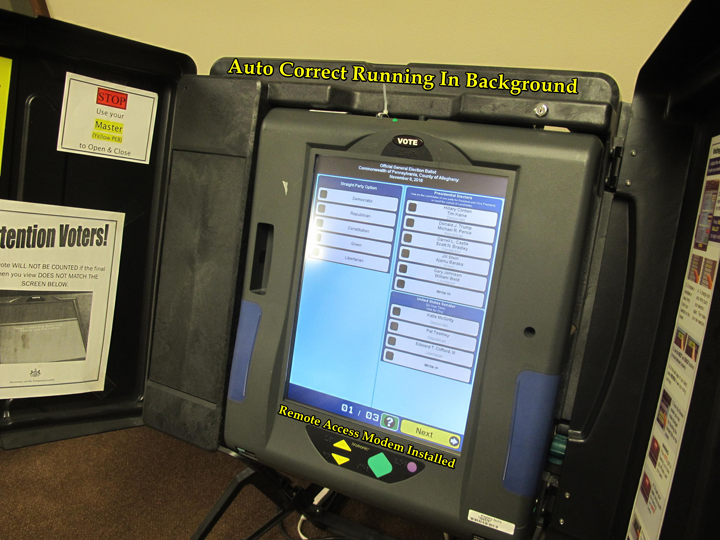