This July, a 12-year-old Swedish girl was dragged into a restroom by a man in the center of Stenungsund, where she was beaten, raped, and threatened with death.

The girl’s mother knew the identity of the rapist and immediately reported him to the Swedish police, who to date have done nothing.

According to journalist Joakim Lamotte, the 12-year-old girl is still being taunted by the rapist on the streets of Stenungsund.

It has been two months since he was reported and nothing has happened. Police know his address and his name and the rapist, according to journalist Joakim Lamotte, still teases and ridicules the girl when he sees her on the streets of Stenungsund.

The journalist confronted the police who stated that they cannot act on the case because they are struggling to “cope with the workload” because there is such a massive amount of rape cases they are investigating.

Via Paul Joseph Watson at Infowars…

When Lamotte contacted authorities, he was told that the case hasn’t been acted on because police “cannot cope with the workload” of having so many rape cases to investigate.

“Do you know how many rapes we have?” Lamotte was told by the police officer in a conversation he recorded and uploaded to YouTube.

“No, I don’t. But I’ve talked to the mother and her daughter feels very bad because of this, and I know who this man is, I have his name, address, social security number and everything, and, I mean, you haven’t even interrogated him yet, isn’t that remarkable?” asked Lamotte.

“Well, you might think so, but we have so many similar issues and so few people available we cannot cope with the workload,” responded the police officer.

“That sounds unbelievable. A 12-year-old girl who is raped, it’s just a child,” said Lamotte.

“We have 3-year-old children that get raped,” responded the police officer, sounding clearly exasperated.

When asked if they were not able to prosecute rapists who molest 3-year-old children, the female officer responded, “Yes….these are the realities and it’s terribly regrettable. That’s all I can say about it.”

Rapes have skyrocketed in Sweden over recent years. Authorities have claimed that this is due to the definition of rape being changed, but the spike occurred long after the change was made. Sex crimes in the country have doubled since 2012. The most recently available statistics showed that immigrants were 5.5 times more likely to carry out sexual assaults.

Sex attacks as music festivals throughout Sweden are also soaring, with over 150 cases of assaults and 20 rapes being reported this summer.

Earlier this year, Peter Springare, veteran police investigator and former deputy head of the division for serious crimes at the police in Örebro, made headlines after he wrote a Facebook post in which he detailed how the country was in “chaos” due to a never ending epidemic of serious crimes being committed by Muslim migrants.

We previously highlighted Joakim Lamotte’s work back in February when he investigated the brutal gang rape of a Swedish woman who was racially abused by a group of men in Gothenburg who live streamed the assault to Facebook.

When Lamotte attempted to get an update on the case from police in Gothenburg, he was told it was being treated as “aggravated rape” but that “no one even has begun working with the case yet”.

According to a concerned mother who first brought the video to the attention of police in Gothenburg, she was shocked to see that they were disinterested and “sat and ate cheetos” while being seemingly more bothered by her for reporting the incident.

Yes. But the Swedish people are happy with this. They are the ones that prefer to live in denial. They are the ones whose government has defined ‘rape’ in wider terms than anywhere else, they also wanted those immigrants, and they pretend to be a neutral whilst foaming at the mouth at Russia and ‘partnering’ NATO….there are lots of examples.
This is everything that they wanted.
The rest of us may also care, if they start caring.

Wasting 5 years on Assange on charges not even supported by the supposed victims. And now this..
What Sweden is coming to….political ideology and political correctness induced chaos.

Yep!!! And that’s what the disgrace over the whole horrible Assange predicament is. The women in question both WANTED the charges dropped! But Sweden said: NO! (It’s all they have to keep him incarcerated in the Embassy).

Its a disgrace. And the Australian Government does nothing!!!! Pricks.

I’m so sorry. I was of the opinion that there were men living in Sweden. I see that was an error on my part. But its even worst than that I guess. I know that if I knew that someone that raped my 12 year old daughter. It wouldn’t be a case of needing the police. It would be a race as to whether me or my “wife” got to him first (he’d better hope I won that race). Then no courts would need to be involved at all.

Vikings are overrated. All that fury and it is the Slavs and Russia that occupy 1/3 of Europe today.
The tough Vikings were relegated to Scandinavia, after their hit and run raids ran their course.

Instead of protecting their own citizens, Swedish leaders invite NATO troops and spend billions reorganizing their military to face an imaginary Russian “invasion”! Shame on the Swedish government that lets its children be raped! 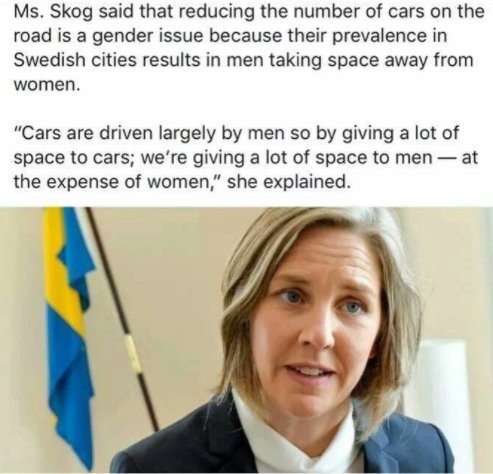 You forgot to mention the fact Turkey is treated like a decent and respected nation while its leaders deny the Armenian genocide. If A. Merkel denied the holocaust you can only imagine how “the international community” would treat her. Moslem countries enjoy total impunity. Don’t forget Clinton’s war against Milosevic who stood alone against Moslem Albanians who robbed part of his country. Would a Moslem country drop bombs against fellow Muslims to protect Christians? Shame on Clinton, shame on the EU, shame on “the international community”. Sweden’s leaders are betraying their nation, they are more afraid of an imaginary “Russian… Read more »

Darn, you nailed it.

If Europe had not co-opted with the US with the wars and a few million Muslims killed, there would have been no need for dealing with refugees at all. There were no terrorists in Iraq, Libya or Syria, but since the West likes to carry on with wars and support Israel with its oppressive, fascist regime, you will see trouble, endless trouble. No point trying to blame one people: that is what Nazis did and it does not resolve anything

and you think Wahaabism was a self-generated religion? (it is a Briish secret service construct) What silly statements you make.

You don’t think the house of saud and the CIA finance all of ISIS wars and terror ? Grow up and read a litlle.

Wahhabism is the perversion of real Islam: the Prophet Mohammed’s wife Fatima, never wore a veil in front and over her face (just a headdress, like men did as well in the desert of the 7th century). The Wahhabists are like the Christians who raped their own religion and invented, for instance, the Inquisition. People change the nature of the religion as taught by the original teachers. My point had to do with US instead of blaming THEM as the only cause. The tendency is to go after a religion, but it just has to do with power and poverty… Read more »

I totally agree with you. In short: “We are here (refugees), because you (the West) were there”.

If Europe had not co-opted with the US with the wars and a few million Muslims killed, there would have been no need for dealing with refugees at all. There were no terrorists in Iraq, Libya or Syria, but since the West likes to carry on with wars and support Israel with its oppressive, fascist regime, you will see trouble, endless trouble. No point trying to blame one people: that is what Nazis did and it does not resolve anything

and you think Wahaabism was a self-generated religion? (it is a Briish
secret service construct) What silly statements you make.
You don’t think the house of saud and the CIA finance all of ISIS wars and terror ? Grow up and read a litlle.

Do you know why this is hidden from the public, two things, corruption of the soul/mind and the MSM, both parts run for an agenda, and this, is the same in Norway, an pedo paradise, been that long before any “Muslim” came along, I am a bit pissed when the truth is ignored, by all parts. Why do think the Norse and the Sweds can do this, because of the MSM, every day we have an report on how terrible it is to be an war refugee, and always, every bloody time we are feed images of children, family’s and/or… Read more »

Disgusting, disgusting, primitive and psychotic, and does not stop. Kick the beasts out. Send the beasts back to their archaic cultures where women and children are treated like shit.

I’d recommend reading hvaiallverden’s reply from a day ago. But hey, you didn’t believe that didn’t you?

Just my opinion:
Rape is ALWAYS about gaining control over somebody.
Sky rocketing rapes in swedistan – desperate and COMPLETELY wrong way of breaking free from the state control.
A simple advice – instead of being despicable cowards and destroying children and women, how about being brave and responsible and throw the politicunts out?