Speaking at a ‘Conversation with the Carters’ event, Jimmy Carter said…

“The first thing I would do is treat the North Koreans with respect.”

“I know what the North Koreans want,” he said.

“What they want is a firm treaty guaranteeing North Korea that the US will not attack them or hurt them in any way, unless they attack one of their neighbors.” Carter said,

“But the United States has refused to do that.”

“If I didn’t go myself.” The former president visited North Korea three times between 1994 and 2011.

“Until we’re willing to talk to them and treat them with respect as human beings, which they are, then I don’t think we’ll make any progress,” he said.

The former president was speaking at a ‘Conversation with the Carters’ event at his Carter Center in Atlanta on Tuesday. AP reports that he said money in politics is what makes the US more like an oligarchy – run by a small group of rich people – rather than a democracy, repeating an allegation he has vociferously uttered for a few years.

yeah no shit, they would prefer to be treated with respect and not threatened? I’d never have thought.

Well, perhaps they could be treated with respect, but with a history of aggression as long as their nation’s history its not likely. Let’s see: Starting the Korean War that lead to countless deaths (including the massacre of civilians and the ‘Bloody Gulch’ massacre), a war that required a UN response headed by the United Nations, the kidnapping of innocent Japanese and South Korean citizens, unprovoked attacks against South Korea (artillery strikes and the sinking of a destroyer – all acts of war), the murder of US/allied soldiers on the DMZ (the ‘Axe Incident’ and the downing of a US… Read more »

Maybe the us should just fuck off from the Korean peninsula already and MIND THEIR OWN FUCKING BUSINESS! I noticed you didn’t mention the napalming of Pyongyang by the us and the tens of THOUSANDS who were incinerated in the firestorm.

Well Bob you said that true enough.We have had years of no problems with North Korea. Just the biting piece by piece by the US and false media reports. Beware the US might just push to far shortly,they have had all the warnings from China,Russia and others. The UN admits it is surprised at how developed NK has become.If these missile tests are such a problem shoot one of them down and show you mean business,with all the ships that are cruising in the area surely one of them can sort it out,aaaaahhhhhhh maybe thats not a good idea with… Read more »

The North *started* the war of aggression. The United Nations intervened on behalf of the South. Yes, it just so happened that the force was led by the US, but that has no bearing on the fact that the DPRK started it.

If you want to complain about US foreign policy since 1999 or so, I have no issue with that – the US rampant interventionism has no excuse. But one need look at the entire history. The DPRK is a criminal regime with a history of aggression towards its neighbors.

Seriously,complaining about North Korea’s sins (some of which are false BTW),is a joke when compared with the US’s during that same time space. Its a losing proposition for you.

Cite which ones are false please. They have a long history of unprovoked aggression against civilians and non-aggressive military forces alike.

Complaining about the US’s actions has no bearing on the issue at hand. The DPRK needs to change its behavior if it wants normal recognition.

The US could care less about those things. They have had “chummy” relations with far less savory people (and do today). They have no intention of having good relations with North Korea,even if they acted like choir boys. But you can start with the run-up to the Korean War. It was far from all North Korea’s fault. And until the UN ends its stooge like attitude towards the US it has no credibility on this matter. 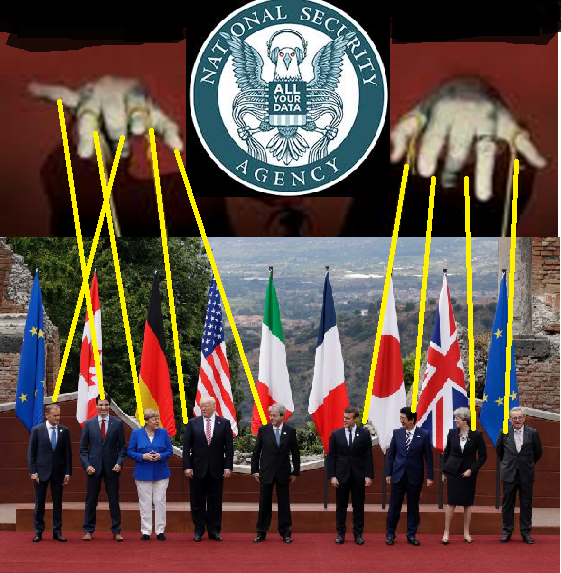 Someone up there, forgot about the old débris still breathing. Time to go, Jimmy.

Carter has no doubt been in the mix of things for many decades and understands the agenda of the zionists,but as we are all well aware this is not really about North Korea’s steadfast stance against Jewish zionist aggression this is more about a more sustainable insidious attack on China and the more affluent south china seas by controlling this area by a proxy war bringing in the puppet regimes of japan and south korea, can they attempt to provoke a war. We all want respect of course we do from friends and from foe’s yet the empirical jewunited states… Read more »

For 64 years the US hegemon has tried to break the NK national spirit. It has failed. During that time, seven decades long, the US has threatened nuclear destruction of an entire nation. It has failed. Think of the depth of frustration within the Hegemon’s bowels, the Shadow government, the Deep State, the Military, the “think tanks”. The most powerful people of the most powerful entity in human history wrought powerless by a tiny third world people—for seven decades. And now you can judge the actions of both sides with the proper context. It is purely psychological between the principals,… Read more »